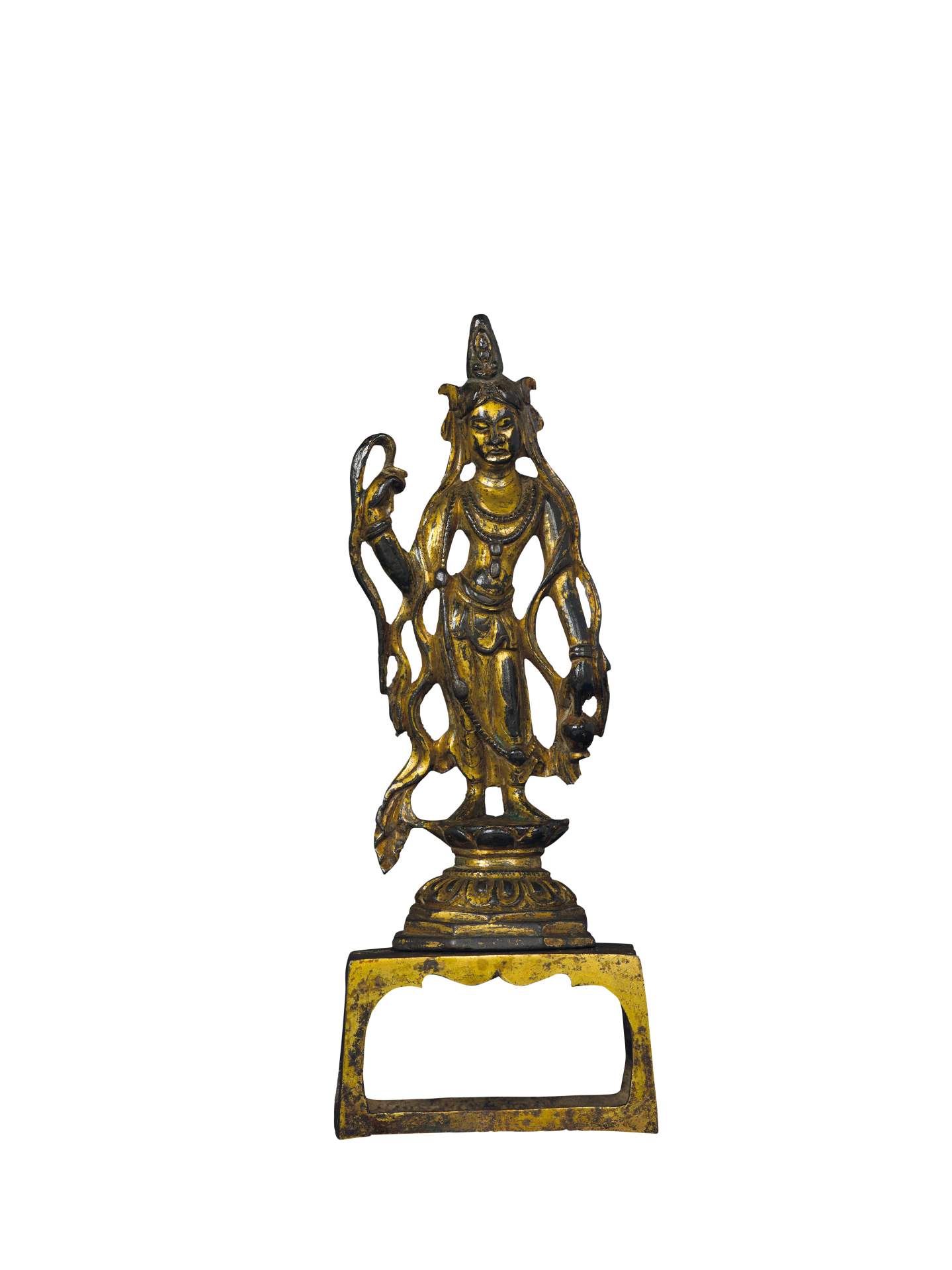 The iconography of the Willow Guanyin was based on the content of the Invoking Guanyin Sutra translated in Chinese by Dharmananda (active in the 5th century CE) during the Eastern Jin dynasty (317-420 CE). According to this text, the people of Vaiśālī were attacked by pestilence which no doctors were able to cure. Then Candracchattra and the 500 elders went to seek help from Śākyamuni. Śākyamuni told them in a Western Land, there were Buddha Amitāyus and his two acolytes Guanyin (Avalokiteśvara) and Mahāsthāmaprāpta, who were very merciful and could save those suffering. As long as one could invoke them sincerely, one would be able to see them.

Invoked by the prayers of the people, the Amitāyus Triad came to Vaiśālī. The people offered willow branches and pure, clean water to Guanyin who then said, “To eliminate disasters, now you should single-mindedly recite: Namo (I salute to) Buddha, Namo Dharma, Namo Saṃgha, Namo Bodhisattva Mahāsattva Guanyin the One with great compassion and great name who rescues those who suffer. Repeat the names of the Three Jewels three times; repeat the name of Guanyin three times; burn fine incense, prostrate to the west, maintain concentration and calm down the breath.” Subsequently, the willow branch and purifying bottle were regarded as the two important attributes of Guanyin.

This Willow Guanyin of the Tang dynasty (618-907 CE) has a ‘goose-egg’ shaped face, a tall topknot with an image of the Amitābha Buddha at the front, well-proportioned facial features and a relatively solemn countenance. The upper body is exposed apart from the shawl and the strings of jewellery. The lower body is wrapped in a long skirt. The torso sways in an S shape and so does the shawl. The abdomen is slightly bulging. The arms are proportionately longer. The lifted right hand is elegantly holding a willow branch between fingers while the left hand that hangs down is holding a purifying bottle. The statue is standing on both feet on a three-tiered base. The uppermost tier is a waisted double-lotus pedestal. The middle tier is an octagonal stepped pedestal. The lowest tier is a square stand. Despite its small size, this statue is exquisitely crafted. The fingers and the drapery folds of the long dress are finely cast. The posture is imbued with a sense of motion and tension.