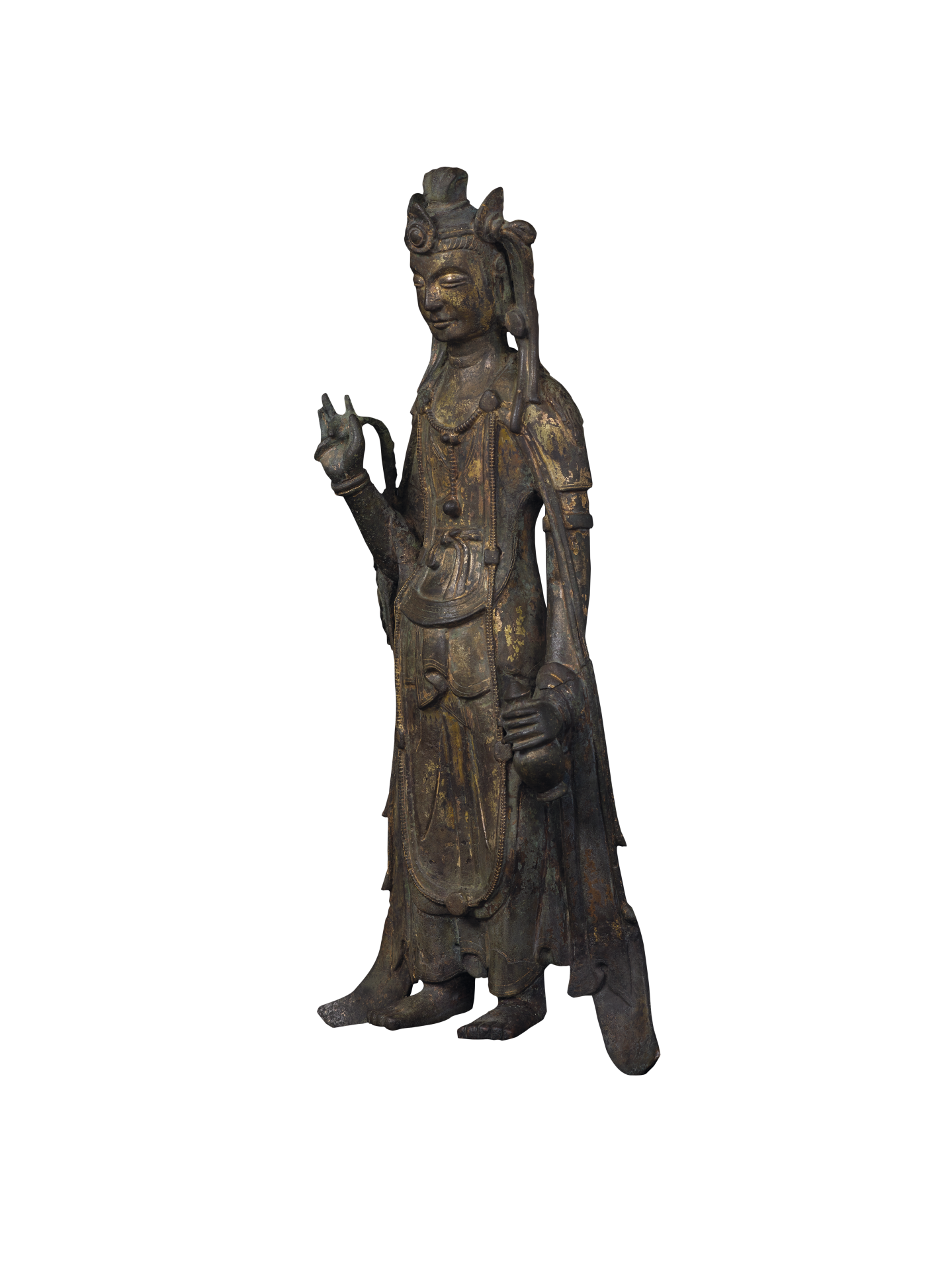 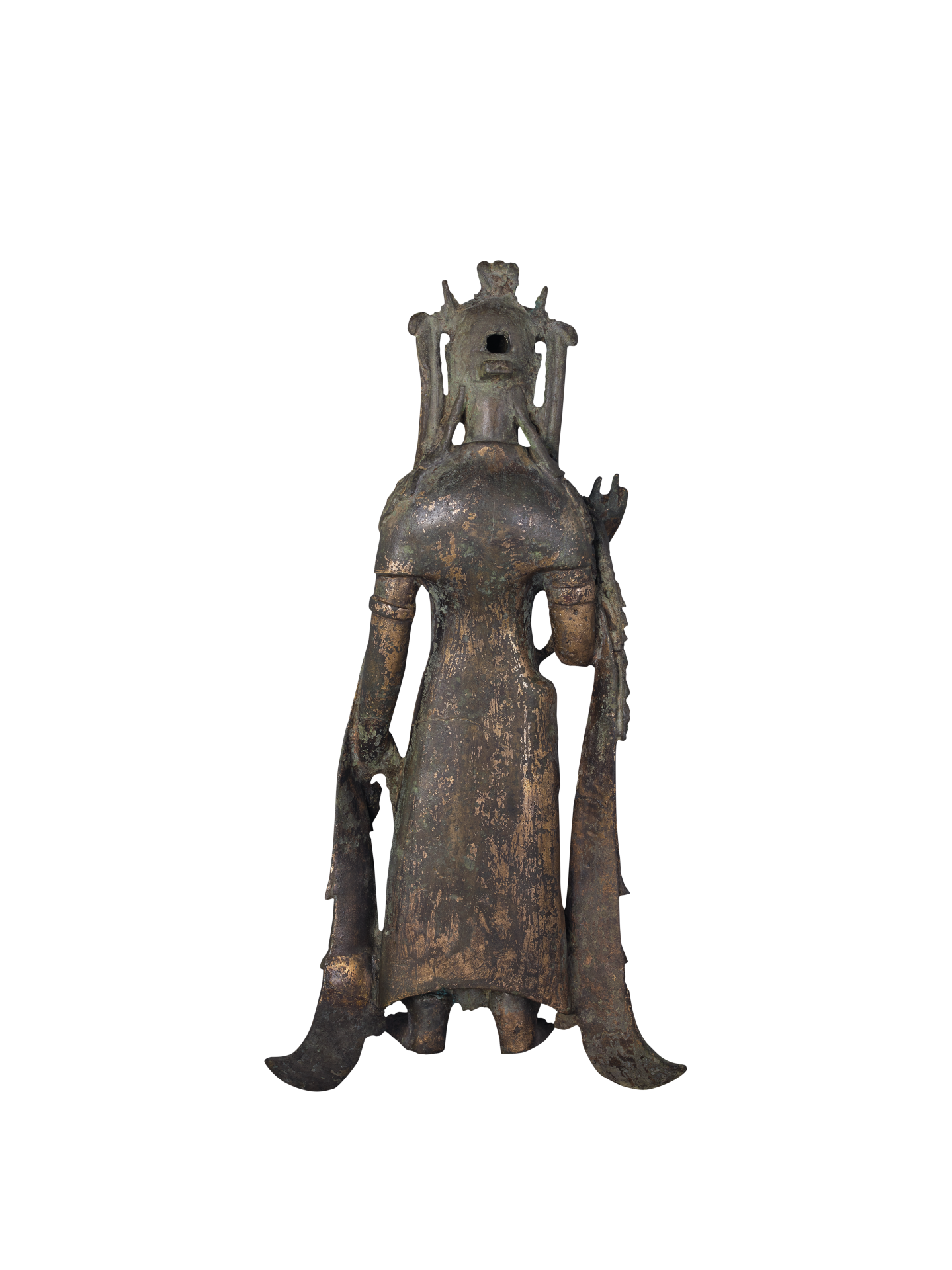 The Willow Guanyin acquires this name from the willow branch held in his hand. The willow branch was originally used as a teeth cleaning device in India. The monks had the habit of chewing willow twigs to clean their teeth after each meal. Later on, the willow twig was regarded as an auspicious and sacred object possessing the power of warding off disasters and purifying defilements. Thus the Willow Guanyin is also called the Medicine Bodhisattva Guanyin. Guanyin images of this iconography already existed during the Northern and Southern Dynasties (420-589 CE), but only in small numbers and limited regions. From the Sui dynasty (581-618 CE) onward, they came in large quantities and this unique image was commonly adopted by Sui and Tang (581-907 CE) gilt bronze statuary.

This Guanyin statue is holding a willow branch and a purifying bottle in his hands. The Bodhisattva has an oblong face, a relatively long neck, well-spaced facial features, long narrow eyes with a straight slit, thick heavy upper and lower eyelids, slightly indented mouth corners, and a smiley and placid countenance. He wears a tall topknot behind a triple-gem crown. His hair and the ribbons of the crown hang down over both shoulders. His upper body wears a cross-collared undergarment under a shawl. The long dress wrapping around his lower body is held in place by a girdle knotted at the front of the belly. He also has a slim figure, slender limbs, a subtly relief chest, a slightly bulging belly, and muscle texture consciously rendered to echo with the contours of the body. The slightly flexed right knee allows the stance to look more natural than the Northern Qi (550-577 CE) and Northern Zhou (557-581 CE) statuary.

The arms are adorned with armlets and bangles. A big circular bead hangs upon the chest. Instead of forming an X-shape in front of the belly, the jewellery formed by strings of small circular beads hangs from the shoulders to mid-calf length. The drapery is succinctly and elastically rendered with ridged lines and fine incised lines. Every aspect including figure modelling, styling of the jewelled necklace and treatment of the bodily structure and muscle texture is indicating the period characteristics of Sui dynasty statuary.