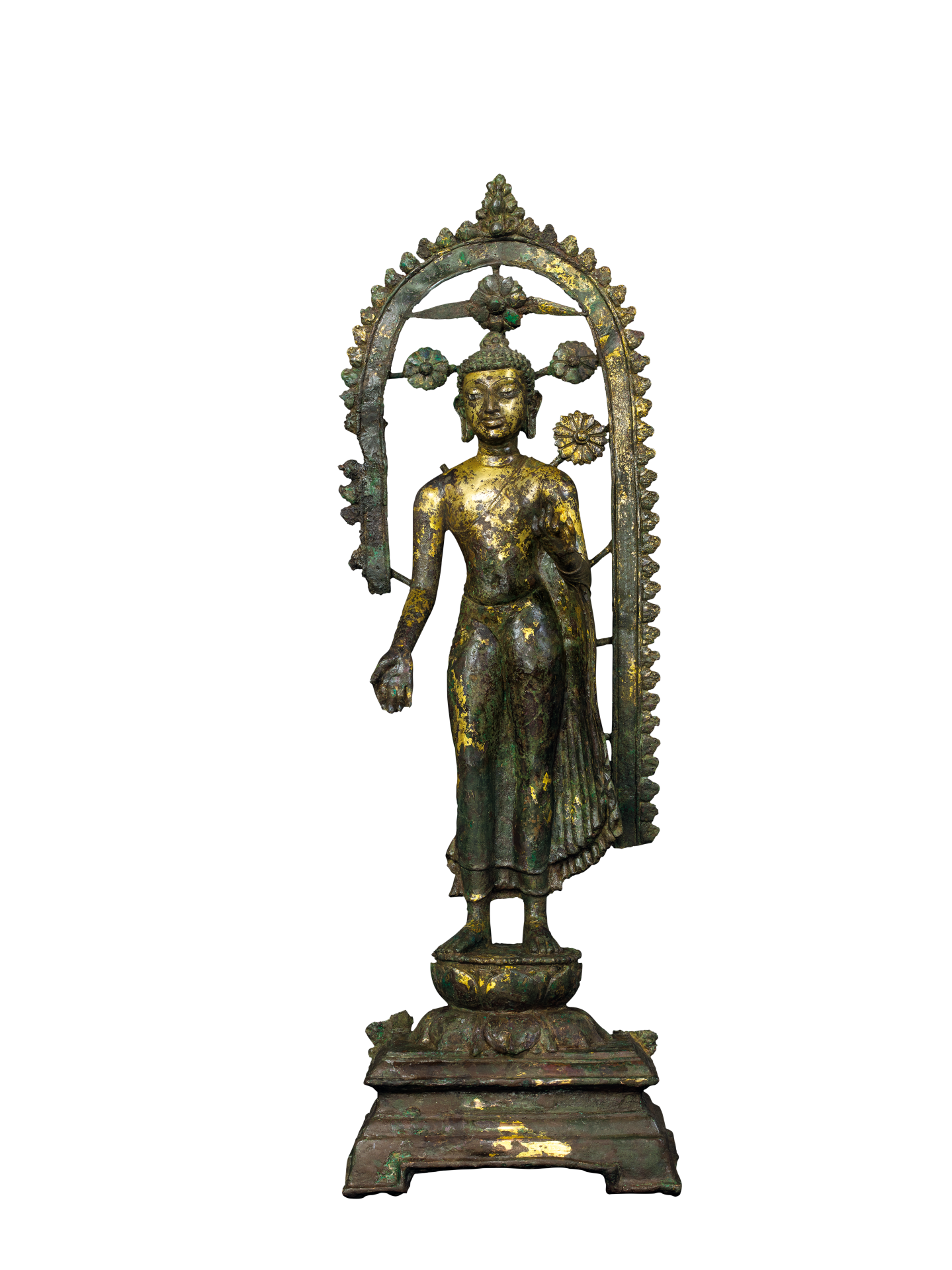 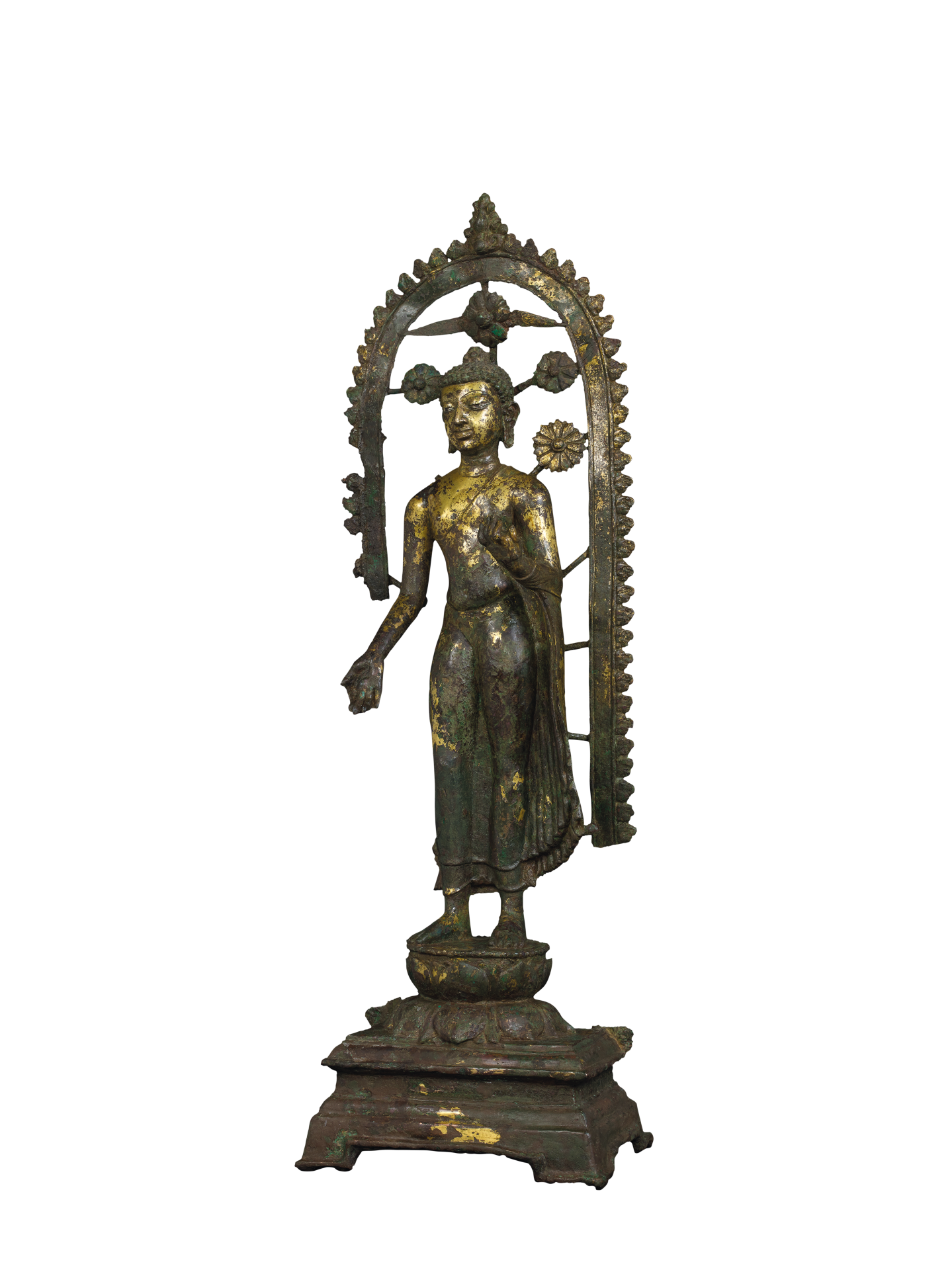 This standing Buddha was from Nālandā, the centre of Buddhism in 7th century India, with plenty of monasteries and stupas. Venerable Xuanzang (602-664 CE) of the Tang dynasty (618-907 CE) had studied Buddhism here during his journey to India. After Muslim invasion at the end of the 12th century, Buddhist artefacts and architecture were seriously damaged by wars, and only ruins remain. Nālandā sculptures are stylistically developed from Gupta art, and have their own unique characteristics.

The statue has a round face, fleshy cheeks, a slightly domed uṣṇīṣa, tight snail-like curls on the head, thick broad ears, a low forehead, well-spaced facial features, large downcast eyes in gently contoured eye sockets, an aquiline nose, thick broad lips, and a smiley countenance expressing ease and joy. The kāṣāya leaves the right side of the body bare. The web-fingered right hand that extends naturally downward is in ‘wish granting gesture’ (varadamudrā). The left hand with palm up is raised to elbow level. Standing on the double-lotus pedestal on which the Buddha stands is in the form of a full-blown lotus with half of the petals facing upward and the other half facing downward. Behind him is an arch-shaped openwork mandorla enclosing several flowerhead roundels featuring blossoming lotus, connected by metal braces to the outer frame. The outer rims of the frame are surrounded by flame motifs.

The statue has a lean physique with slightly oversized head and palms, hands reaching the knees, narrow round shoulders, a thick solid chest, a slightly bulging belly, well-rounded arms and thickset thighs. The muscular nuance is delicately and precisely depicted. Drapery is minimal. The waistline of the garment under the robe is only hinted by an incised line girding the abdomen. No other drapery is indicated except for the parallel ridges around the right wrist suggesting the edge of the sleeve. The robe closely follows the contours of the body, which is a distinct characteristic of later Gupta statuary. Considerable numbers of gilt bronze statuary from Nālandā have survived to this date but the majority are rather small in size. This standing Buddha of nearly 80 cm tall is an extreme rarity.