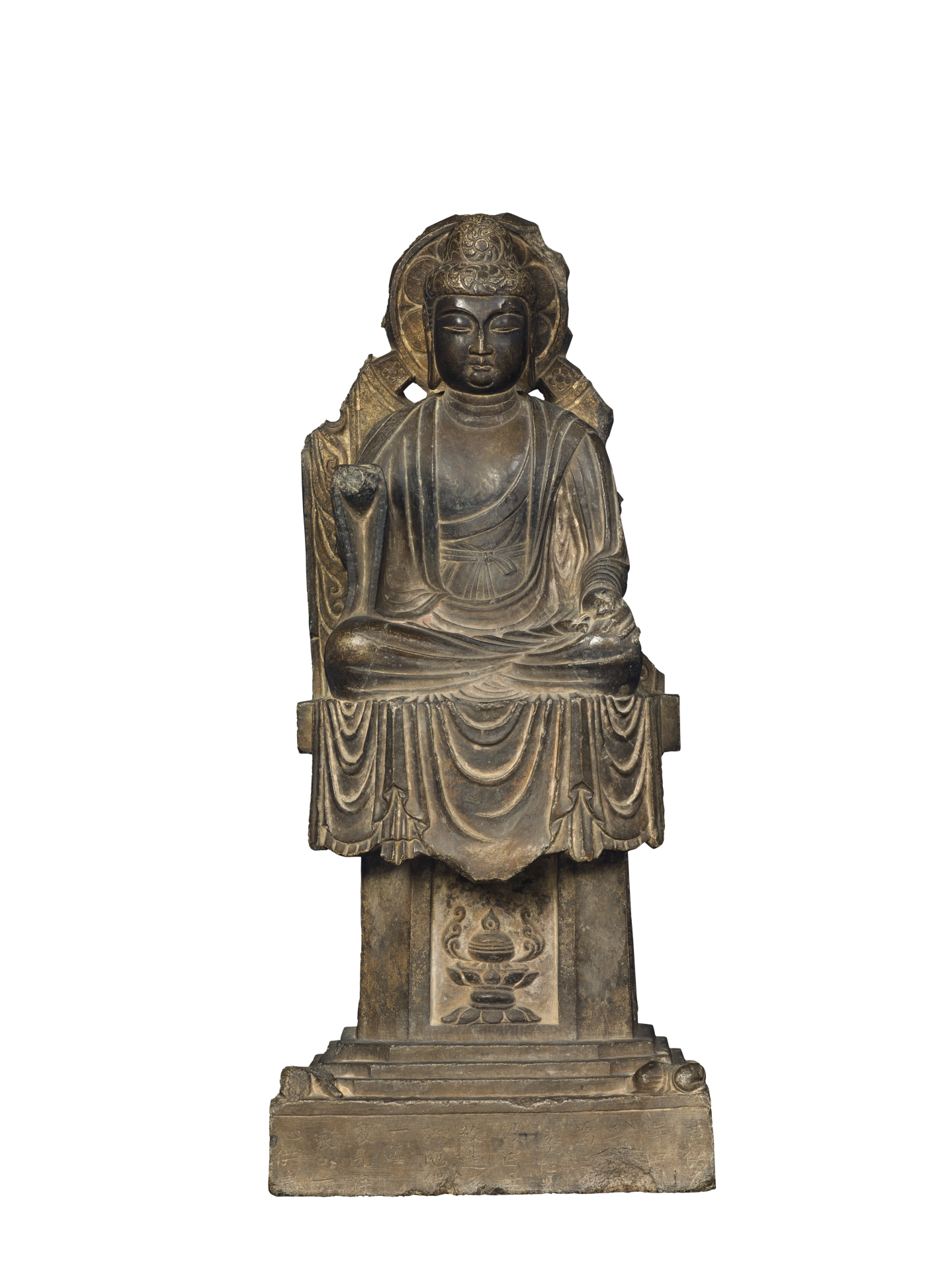 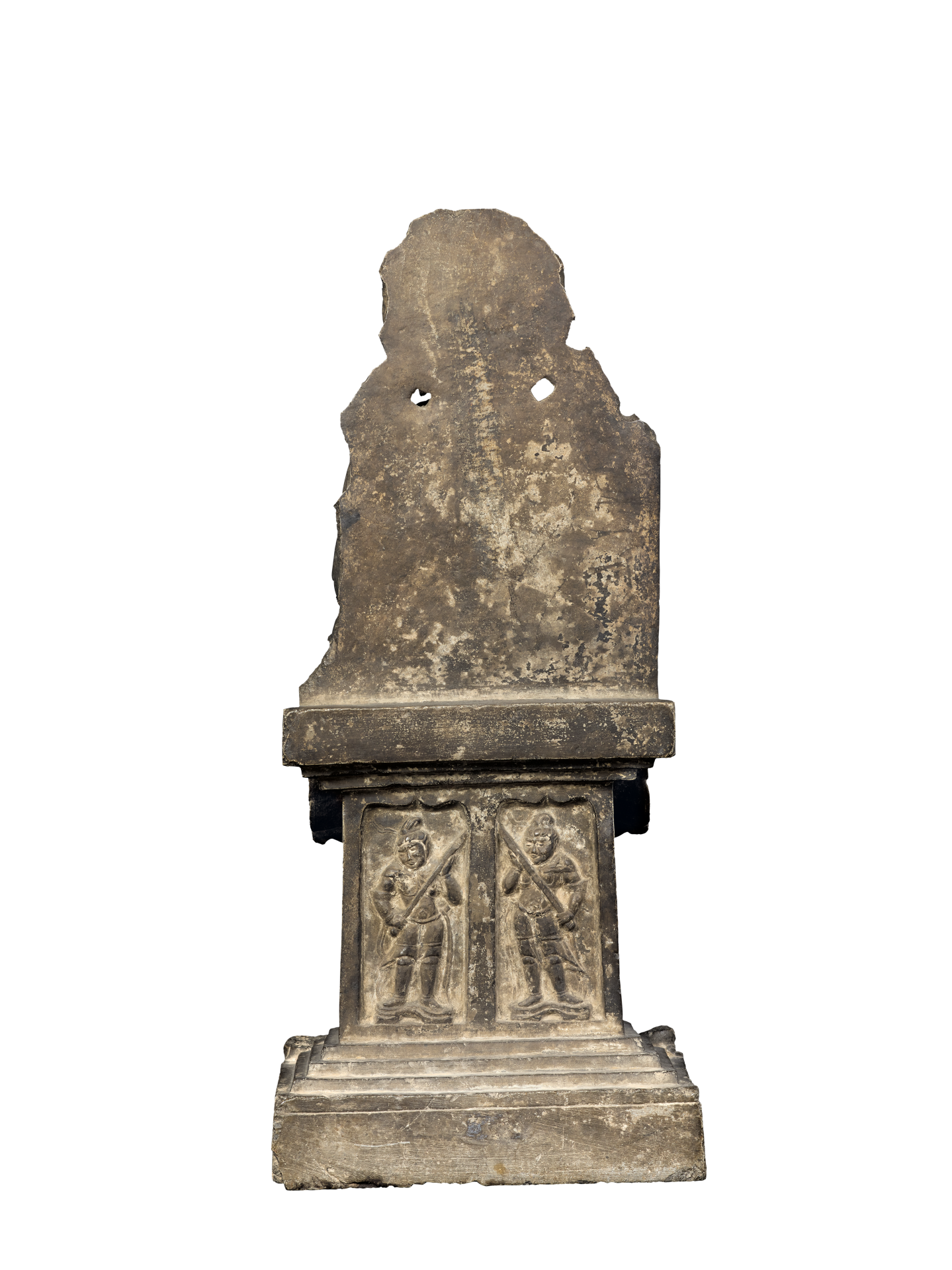 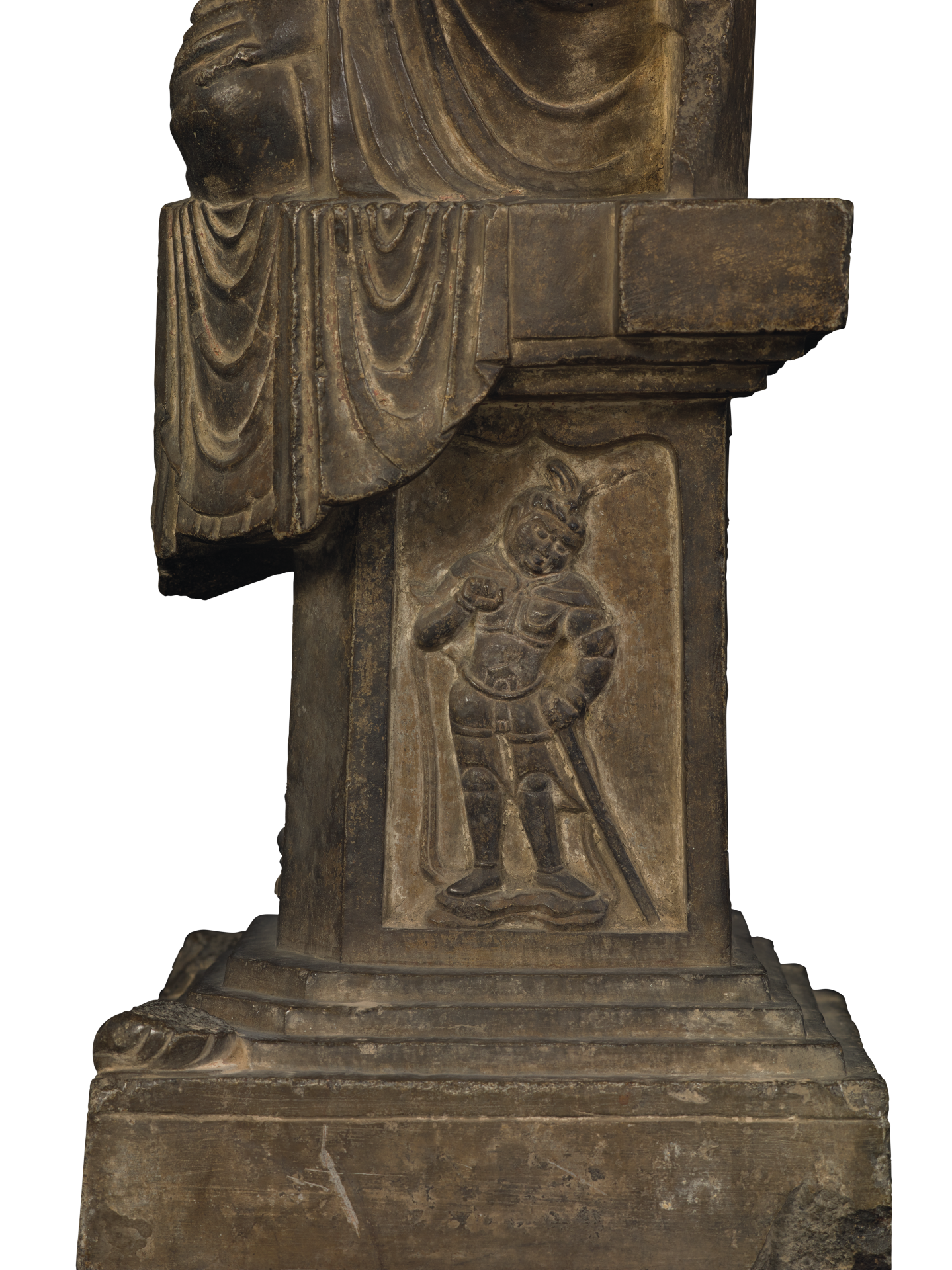 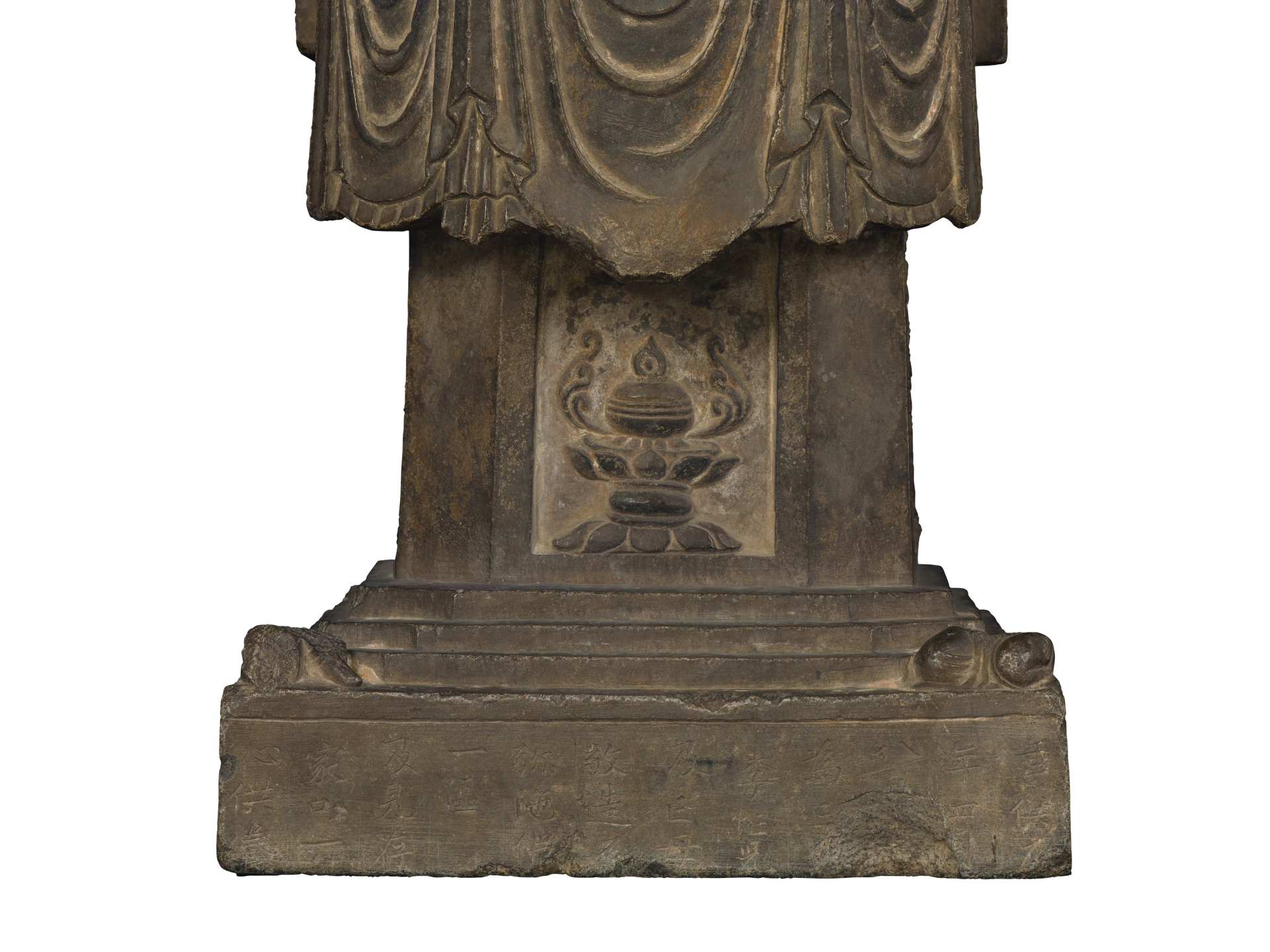 Amitābha (Buddha of Infinite Light), also known as Amitāyus (Buddha of Infinite Life), is the Lord of the Western Pure Land. Since Monk Shandao (613-681 CE) of the Tang dynasty (618-907 CE) advocated the chanting of Amitābha’s name to achieve salvation, the Pure Land belief associated with Amitābha began to prevail, laying the foundation for the development of the Pure Land School during the Tang dynasty.

This seated Amitābha statue has a prominent uṣṇīṣa, big spiralling curls, a round face with squarish jaws, well-proportioned facial features, a short flat nose with a relatively wide frame, a mouth with indented corners, a slightly protruding chin, and a solemn countenance. He wears a kāṣāya with collars hanging down from both shoulders, over an undergarment (saṃkakṣikā) held in place by a girdle knotted in front of the belly. He has thick round shoulders, a gently contracted waist, thick chest muscles, a slightly bulging abdomen and a stocky, strong torso. His right palm is damaged but the angle of the bent elbow suggests that the hand was originally in ‘fearless gesture’ (abhayamudrā). The left arm extends naturally downward and the hand rests flat upon the knee.

The drapery is fluidly rendered and rhythmically spaced to echo with the form and movement of the body. The back panel is largely broken off but fortunately the fragmented remnant reveals the beautiful design combining openwork with relief carving. The circular nimbus behind the head, featuring a relief lotus, is connected to the mandorla by openwork design with five-petalled florets carved to the braces. The mandorla’s outer border is decorated with continuous flaming motifs of succinct and elegant design. The front side of the hexagonal pedestal is carved in relief with a censer. The left, right and rear sides of the pedestal are sculpted with small niches accommodating relief images of the Four Heavenly Kings (Lokapāla). These Dharma guardians wear a high topknot, with ribbons and streamers flowing around in the air. They are attired in Tang dynasty armour suit with mirrored plates. The attributes in their hands differ. Their feet are trampling on mountain rocks, and their warrior-like images look very fierce and lifelike.

The pair of reclining lions originally carved to the front corners of the base have been badly damaged and their former appearance can hardly be seen. According to the votive inscription engraved on the front edge of the base, this Amitābha statue was presented by a donor in honour of his deceased parents.