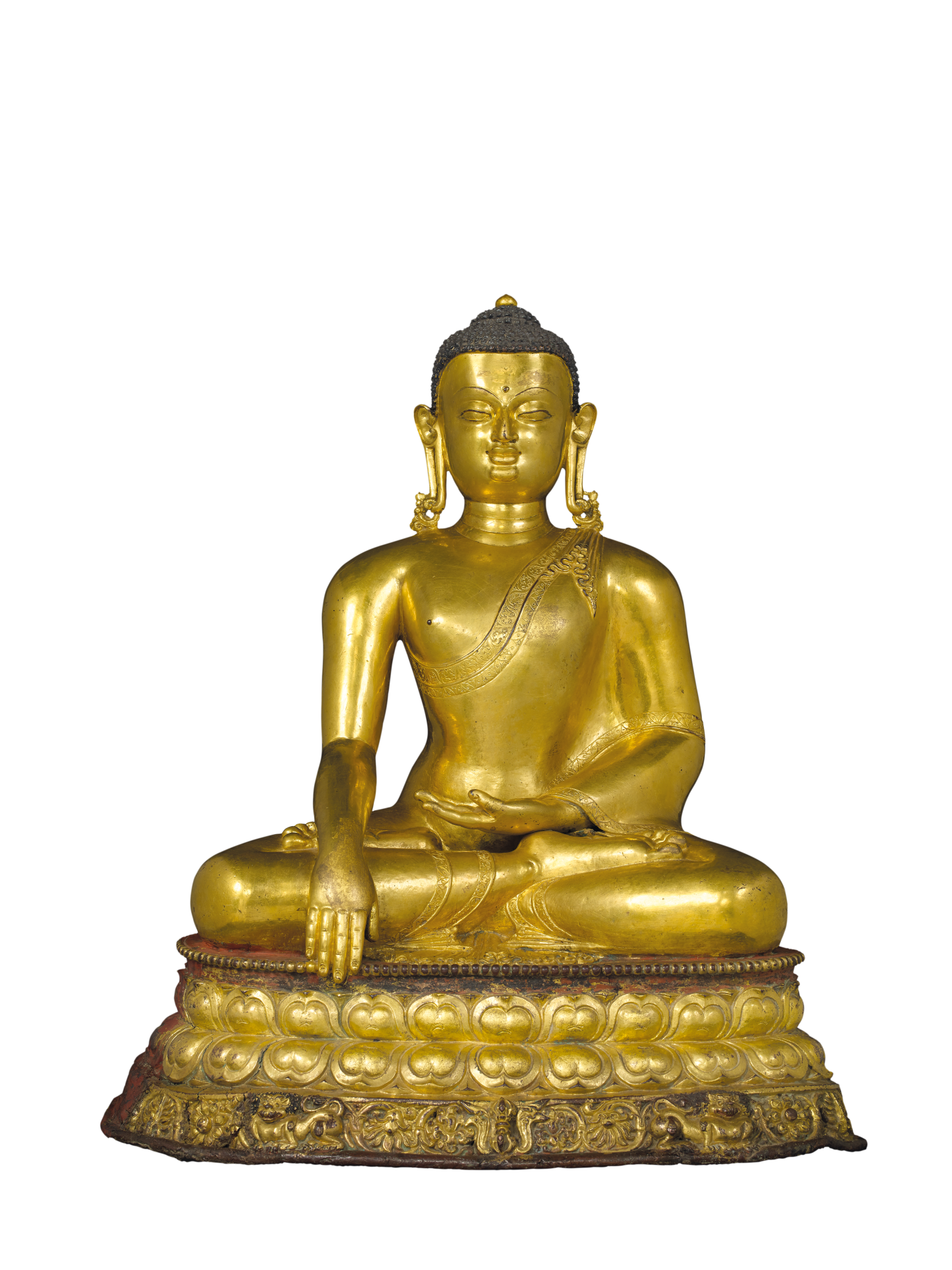 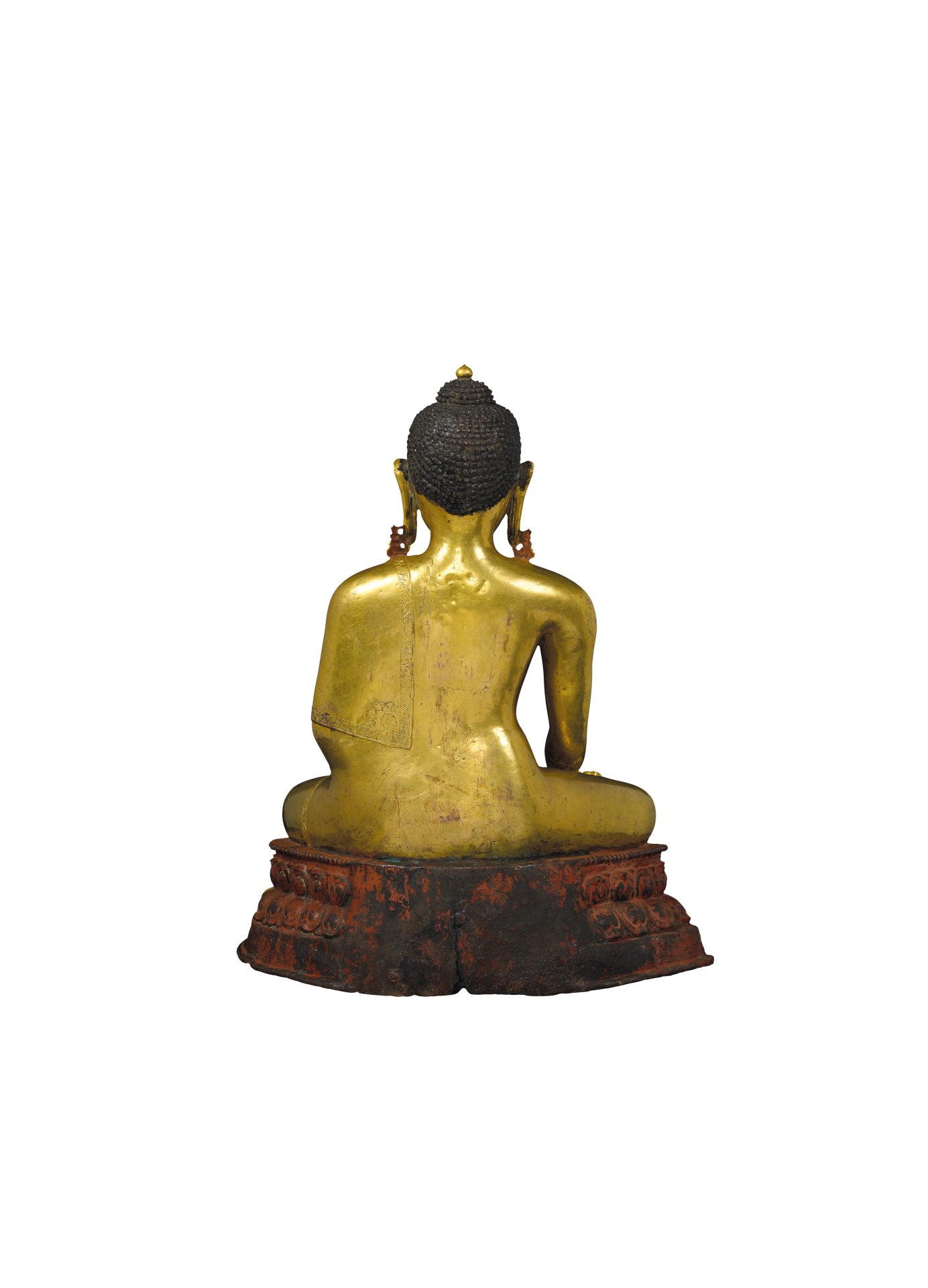 Akṣobhya, the Imperturbable One, derives the name from his unwavering mind of Enlightenment (bodhicitta) and not bearing any aversion toward sentient beings. He is also known as the Immovable Buddha or Ratnaketu Tathāgata. The worship of Akṣobhya began in the early stage of Mahāyāna Buddhism. He is said to be the Lord of the Eastern World of Delight. He was later venerated as the Dhyāni Buddha of the East among the Five Wisdom Tathāgatas in the Diamond Realm (Vajradhātu). He is the head of the Vajra family, a symbol of “great perfect mirror wisdom”. He is typically portrayed in ‘earth-touching gesture’ (bhūmisparśamudrā) as shown by the right hand of this statue.

Akṣobhya’s identity as head of the Vajra family is indicated by the five-pronged vajra cast in relief in the centre front near the bottom of the pedestal. The statue has an oblong face with plump cheeks and rounded cheekbones, rich elongated earlobes adorned with tendril-shaped ornaments, tight snail-like indigo curls, a domed uṣṇīṣa surmounted by a gem, a broad forehead, an ūrṇā between the eyebrows, well-proportioned and comfortably spaced features, long slender eyebrows, downcast eyes caved with pupils, a high nose with aquiline tip, a protruding square chin, full lips hinting a smile, and a caring and kindly countenance. He wears a kāṣāya baring the right side of his body and with ends draping over the left shoulder. He is seated with legs locked in ‘lotus posture’ (padmāsana) on a double-lotus pedestal. His palms and soles are engraved with lotus symbols.

Well-built, he has broad shoulders, a bulging chest and a narrow waist forming a V-taper torso. The limbs are meticulously portrayed, with minute relief depiction of the anatomy of the knuckles. The robe is devoid of drapery depiction. Its surface is plain except for the chiselled motifs along the borders. The upper rim of the lotus pedestal is adorned with a round of continuous beads. There are blossoming lotus petals around the foot of the pedestal with relief motifs featuring a thunderbolt, paired lions, tendrils and lotuses. The overall effect is very resplendent.