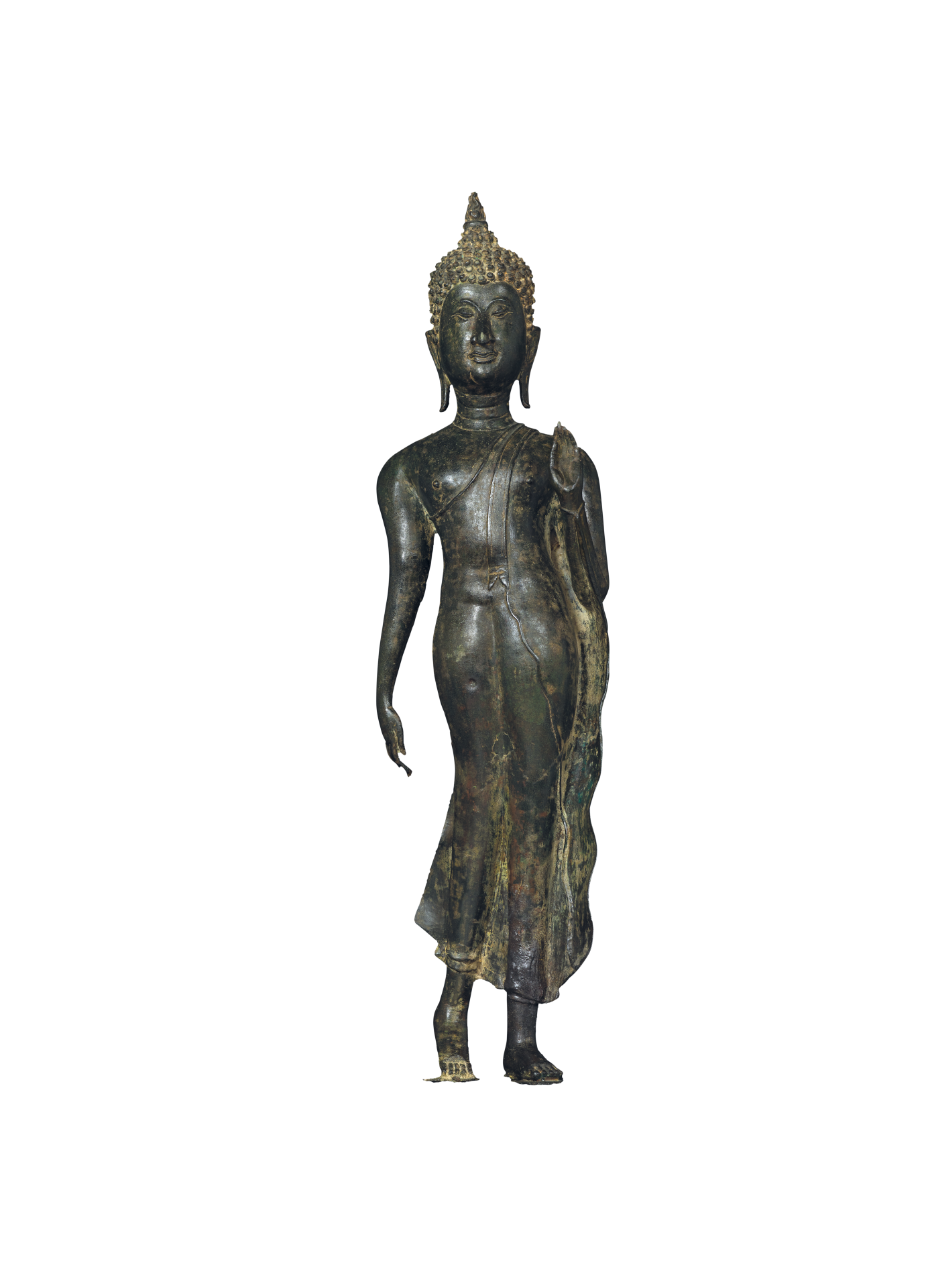 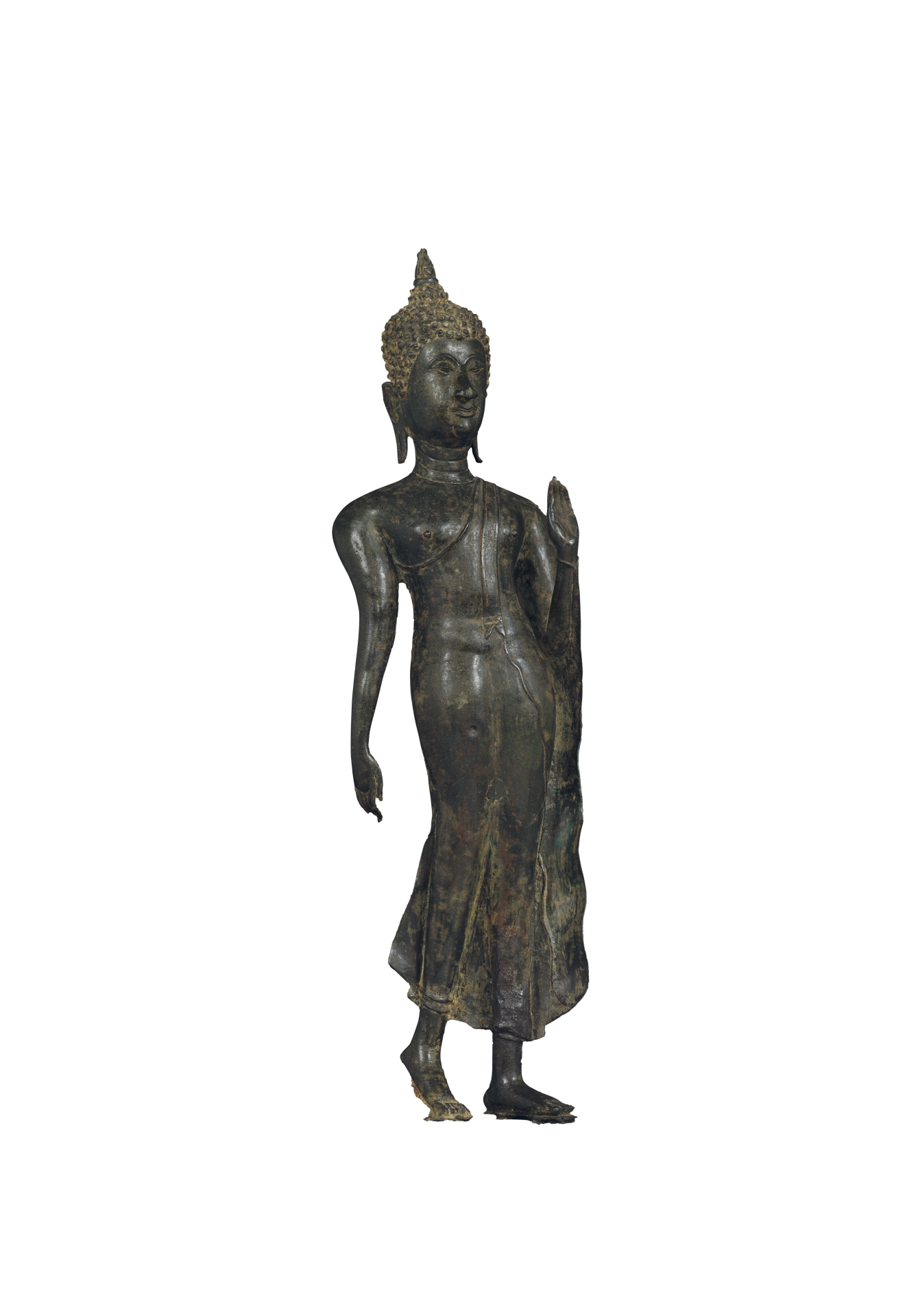 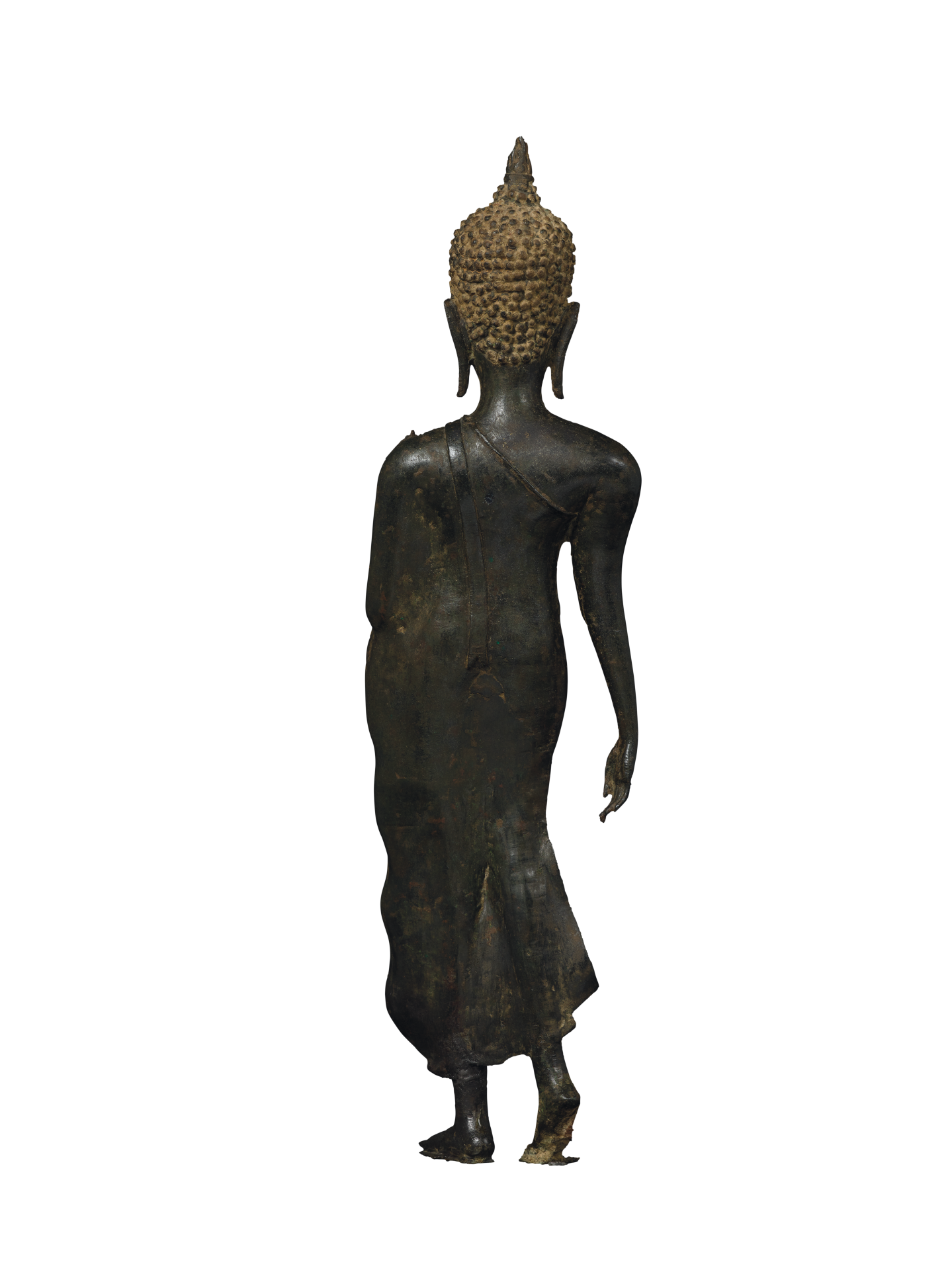 Apart from the often seen seated Buddha images displaying the ‘earth-touching gesture’, the Walking Buddha carved in the round is a unique Sukhothai invention portraying Śākyamuni Buddha returning to the mortal world from the Trāyastriṃśa Heaven after preaching to his mother, Queen Maya.

This Walking Buddha has an oval face, tight snail-like curls, an uṣṇīṣa surmounted by a flaming finial, elongated ears almost reaching the shoulders, well-proportioned facial features, downcast eyes, an aquiline nose, thick broad lips and a slightly protruding chin. The facial feature is typical of Sukhothai statuary. The body inclines forward slightly. The kāṣāya bares the right side of the body, while the end drapes over the left shoulder and reaches the front of the waist. The right hand extends naturally downward, while the lifted left hand displays the ‘fearless gesture’ (abhayamudrā). One foot is ahead of the other, with the centre of gravity resting on the foot in the front. The heel of the foot at the back does not touch the ground; only the toes do. The fleeting moment of shifting the centre of gravity with each step is precisely captured.

The Walking Buddha has an impressive physique with broad round shoulders and a narrow waist, fluidly shaped curvilinear arms, long slender fingers, full muscles, a plump hip, stout rounded thighs and narrow ankles to enhance the litheness of the gait. No drapery is delineated. The silhouette of the body is graceful and spontaneous. The wavy hemline imparts the feeling that the robe is fluttering in the wind.

Apart from inventing new themes, Sukhothai Buddhist art also pursues the image of the Buddha described in Pāli canon. Symbolical imageries such as likening the Buddha’s head to an egg, his arms to an elephant trunk and his fingers to young blossoms are concretely represented using unique stylistic vocabulary and aesthetic elements. These art pieces have established the most classical of Thai Buddhist statuary and laid an important foundation for the development of Thai Buddhist art in the later ages.