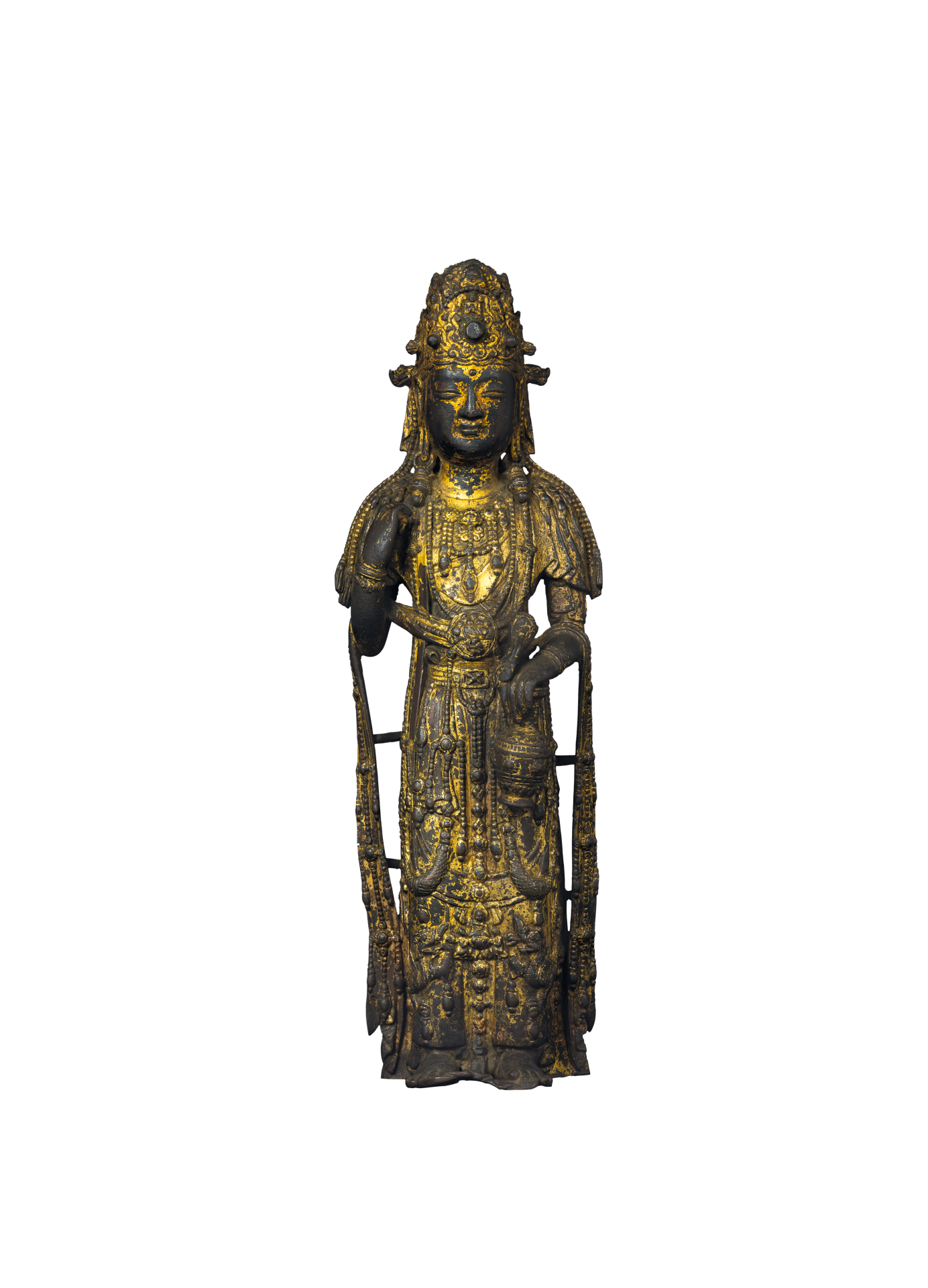 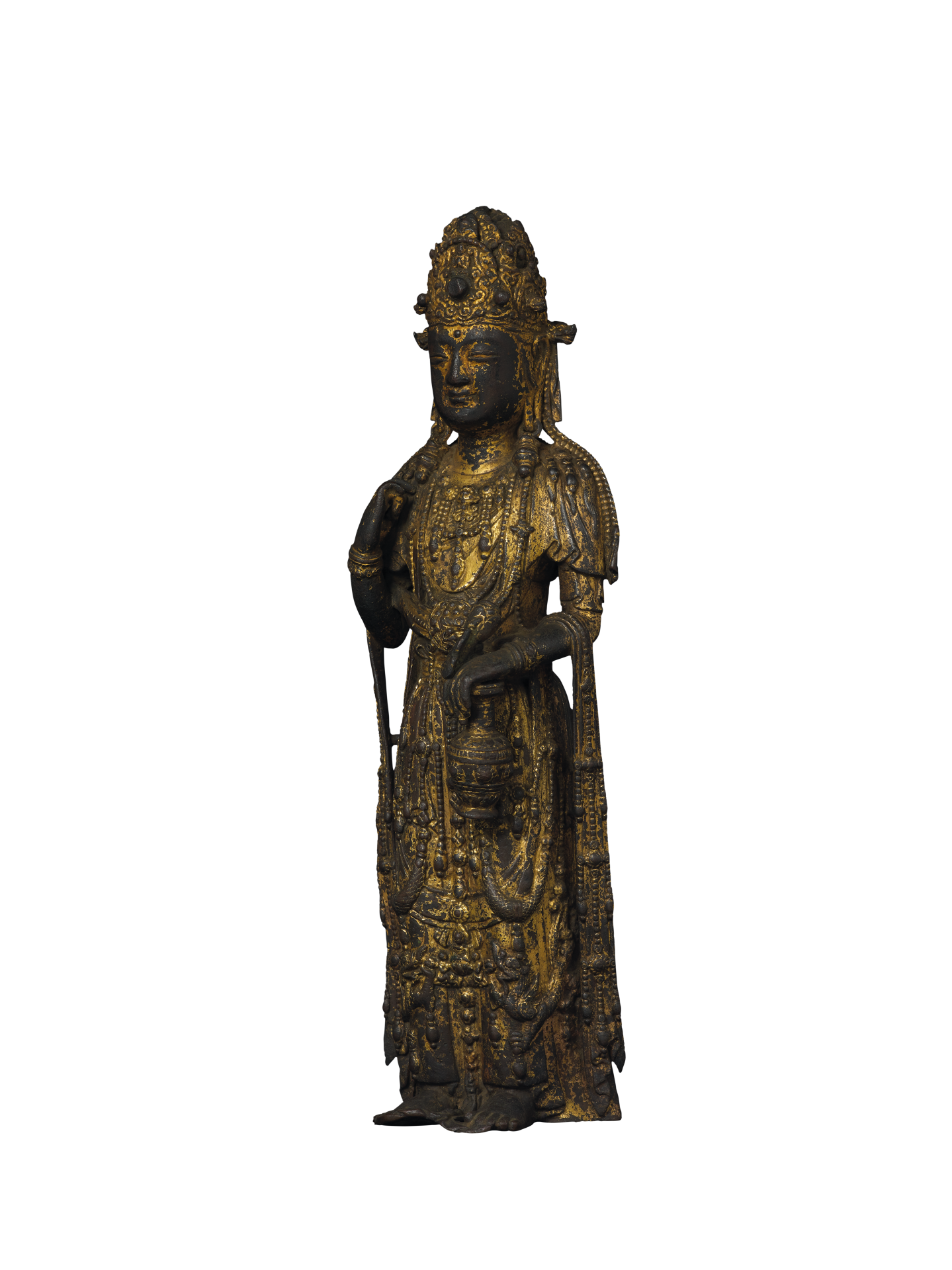 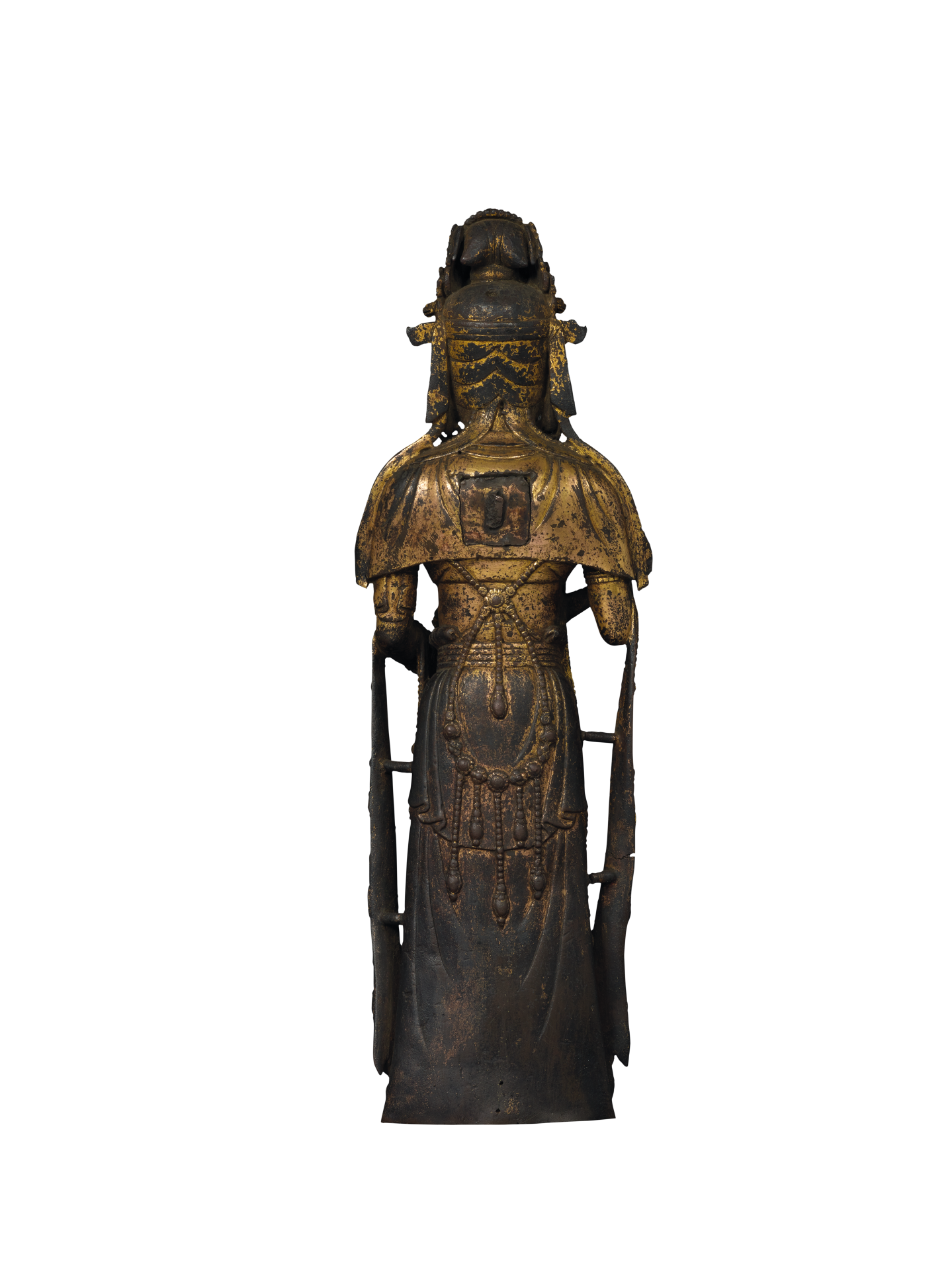 During the Tang and Song dynasties (618-1279 CE), two regional regimes, namely Nanzhao (649-902 CE) and Dali (937-1254 CE) were successively established in southwest China. Buddhism flourished in the latter years of the Nanhao Kingdom under royal patronage. During Dali rule, in addition to building monasteries and pagodas, some kings even abdicated their throne and joined the clergy. Buddhism thus enjoyed great prosperity. According to some legends of Yunnan, Nanzhao owed its strong national strength to the divine power of Acuoye Guanyin. The belief of Guanyin was thus widely worshipped in the region and the iconography of Acuoye Guanyin also varies greatly.

This Guanyin statue has a regal crown decorated with five Buddha images, ear ornaments hanging over the shoulders, plump cheeks, long narrow eyes, a fleshy nose, full lips hinting a smile, and a warm countenance. The left hand is holding a water jar from which issues a lotus bud. The right hand is lifted to shoulder level. The willow branch originally held in the hand is now missing. A shawl drapes over the upper body which is adorned with strings of jewellery hanging down to the knees in front of the skirt. The circular plaque anchoring the criss-crossed long necklace in front of the belly is cast in relief with Śākyamuni in parinirvāṇa. The Buddha is shown lying on his right side with his feet stacked, against a background featuring two rows of disciples. The disciple sitting on his heels in the foreground is Subhadra, the last convert of the Buddha.

The lower part of the skirt in front of the shanks of this statue is decorated with a seated Buddha Triad flanked by two dragon heads, connected by strung jewellery to a plaque at the centre front of the girdle. The overall ornamentation is elaborate, resplendent and exquisite. Since this Guanyin statue shares the same iconography with that of the Yichang Guanyin painted by Zhang Shengwen (active around 1163-1189) in the National Palace Museum’s collection in Taipei. Yichang Guanyin is associated with a form of Guanyin belief unique to Yunnan and not found elsewhere. Only a few statues of Yichang Guangyin are known to be extant. This well-preserved statue is a masterpiece representative of Dali Kingdom’s Buddhist art.