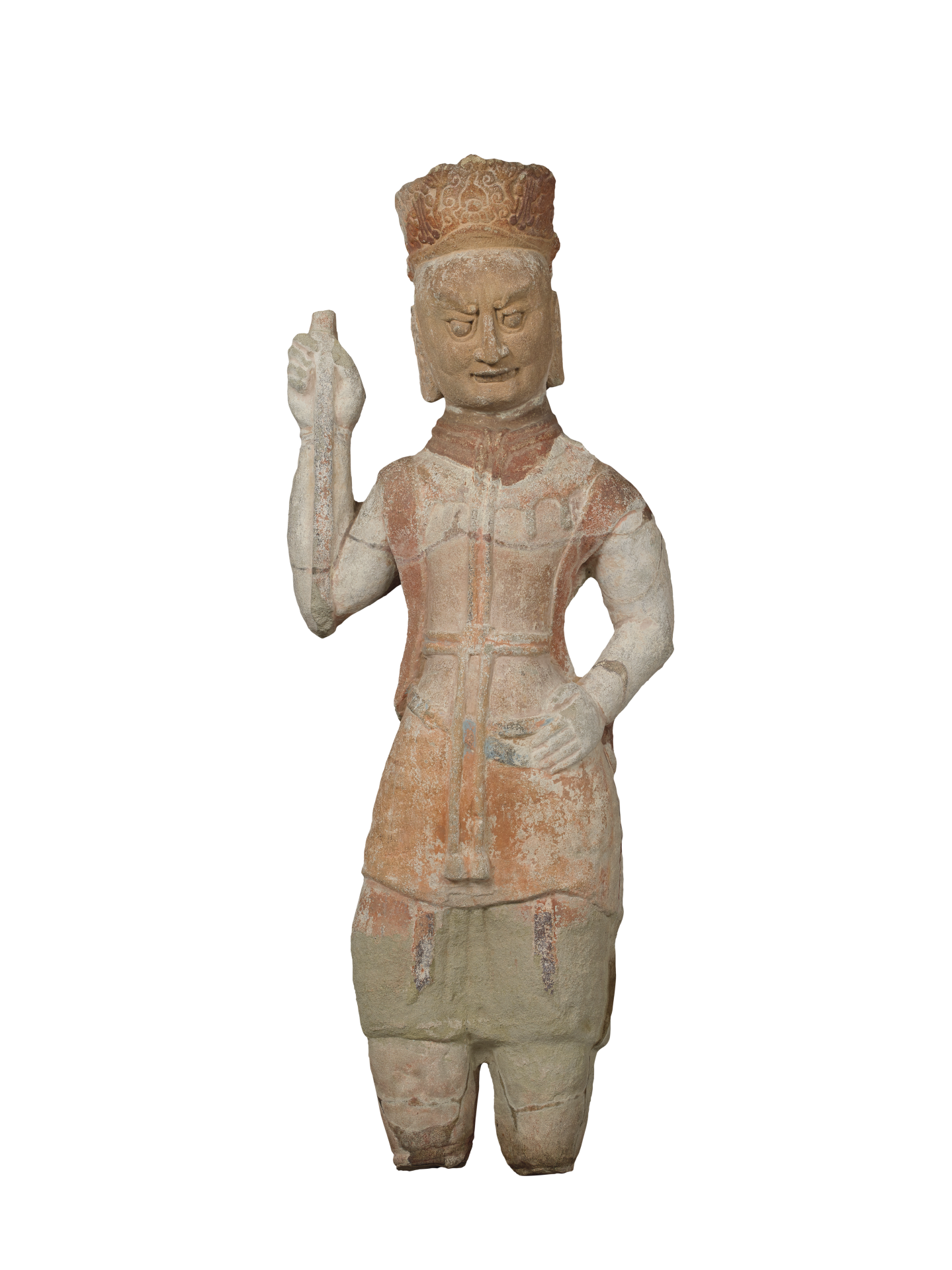 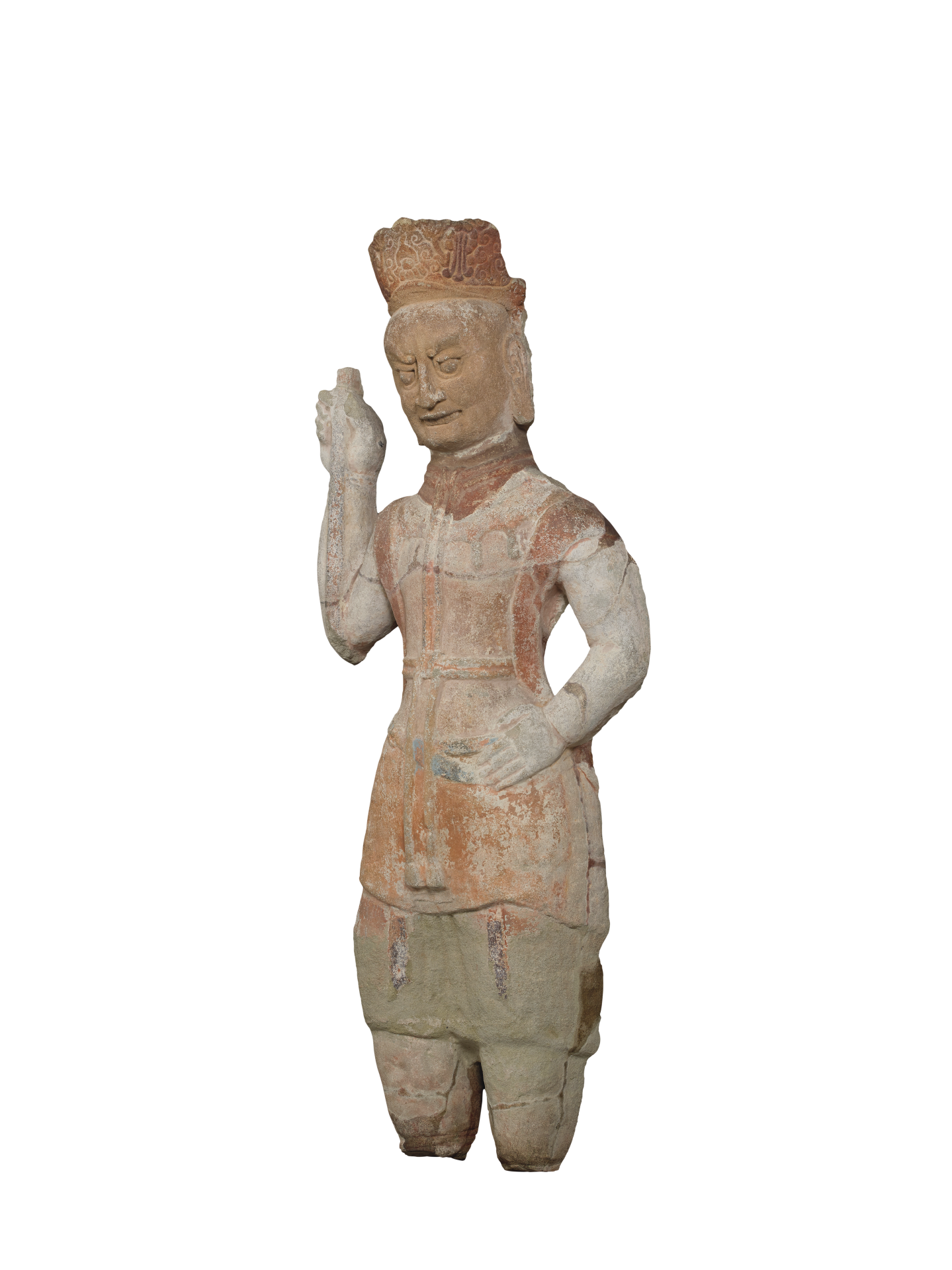 The site of Tianlongshan Caves is located about 40 kilometres southwest of Taiyuan city in Shanxi Province. 25 caves have survived to this day. Taiyuan, historically called Jinyang, was the auxiliary capital of the Eastern Wei (534-550 CE) and Northern Qi (550-577 CE) dynasties. The royal members of the Northern Qi were devout Buddhists. Emperors Houzhu (565-577 CE) and Youzhu (570-578 CE) had many Buddhist monasteries constructed in Jinyang, which made this capital a Buddhist centre in addition to a political hub of the time.

This Heavenly King (Lokapāla) statue of the Northern Qi dynasty originally belonged to Tianlongshan Cave 10, which has a front corridor and a rear chamber. Its head formerly belonged to the Vajrapāṇibalin standing on the west side of the corridor, while the body of the Heavenly King originally stood on the west side of the front wall inside the cave.

The head of the statue is carved with tightly knitted eyebrows, round bulging eyes, a high straight nose, a gaping mouth showing the upper teeth biting the lower lip, tense cubic face muscles, and a fierce and very spirited countenance. The low regal crown on the head is finely carved with motifs featuring wish-fulfilling gems, scrolling clouds and tassels. Old photographs showing the original appearance of this Heavenly King reveal that he previously had a long-shaft trident spear in his right hand and a jewelled crown on his head. The right knee is flexed, but left leg is straight – hinting a sense of motion, where the feet are on a hill-shaped pedestal with a demon crouching at the front. The upper body is bare apart from a torc over the chest, some string-like criss-cross ornaments around his neck and waist, and a streamer around the shoulders. The lower body is wrapped in a long skirt girded by a leather belt. Traces of red pigment are still visible on the surface of the present statue.

This statue was stolen from the cave and taken to Japan in the early 20th century. In 1932, it was exhibited by Yamanaka & Co. Ltd in Japan. Later, it was acquired by Yurinkan Museum in Kyoto and then by a private collector in Taiwan. The chequered and proven provenance has made this extremely rare Heavenly King statue of the Northern Dynasties even rarer. It is among the gems of our Museum collection.