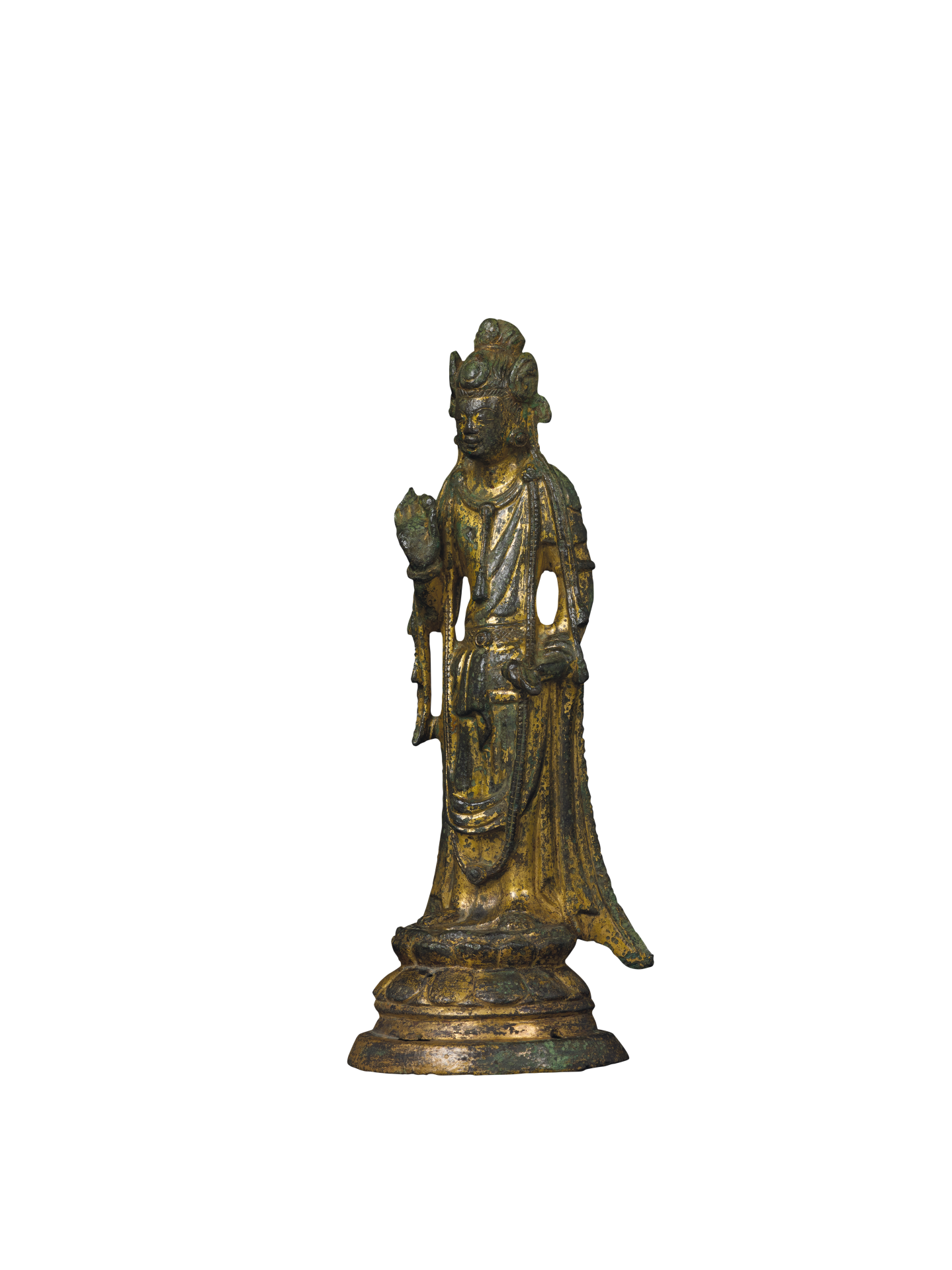 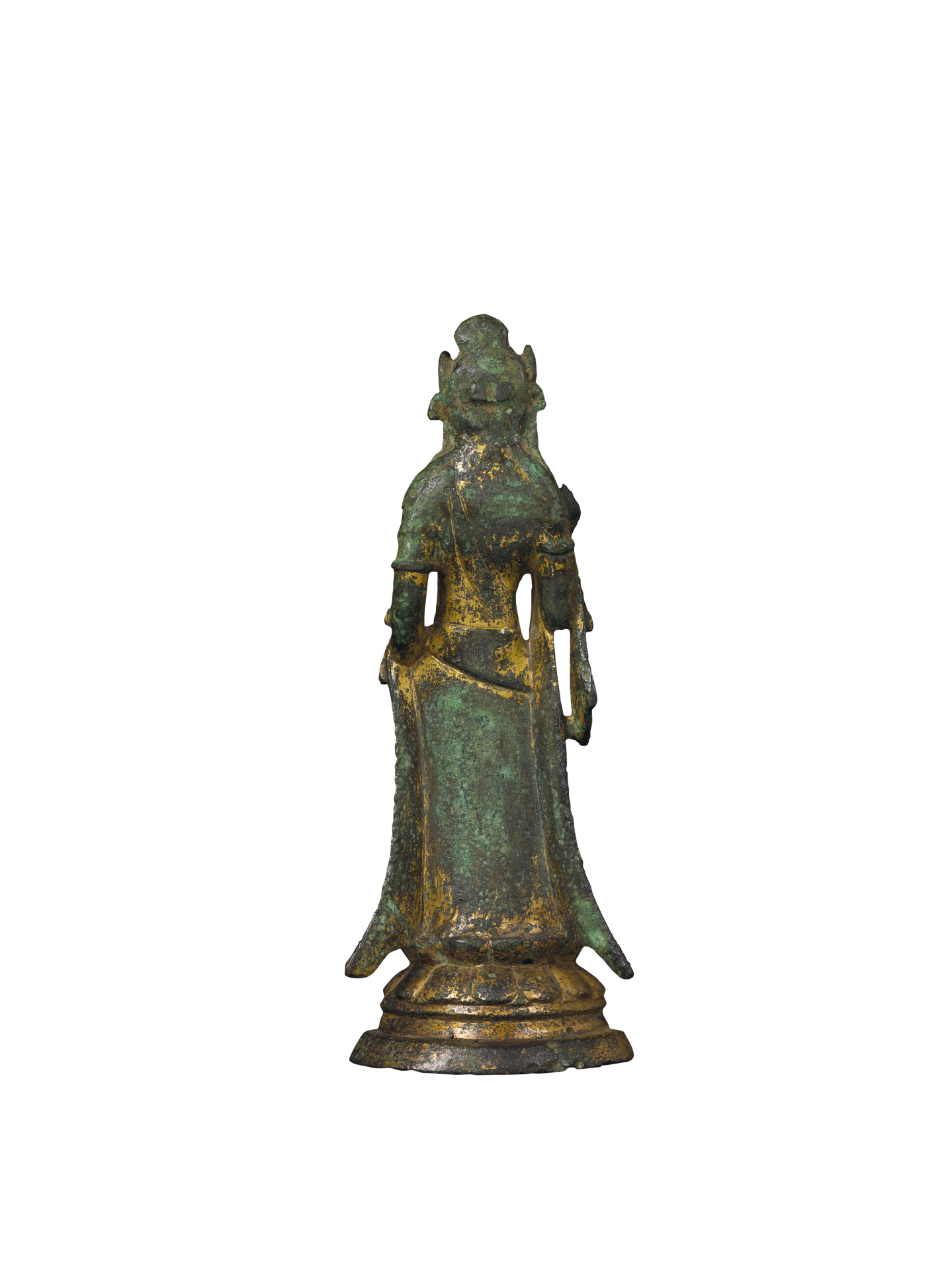 Emperor Wendi (reigned from 581-604 CE) of the Sui dynasty was a devout Buddhist. Under his advocacy, Buddhist scriptures and statuary were restored, monasteries and pagodas were renovated, the clergy-official system was established and congregations were held. This eventually eliminated the aftermath caused by the persecution of Buddhism by Emperor Wudi (reigned from 560-578 CE) of the Northern Zhou dynasty (557-581 CE).

According to the Buddhist encyclopaedia Fayuan zhulin (Gems in the Garden of Dharma) compiled in the Tang dynasty (618-907 CE), more than 16,000 Buddhist statues of all styles were produced and around 160,000 old statues were renovated during the reign of Wendi, evidencing the endeavour of the royal house in promoting Buddhism. New styles also gradually emerged.

This Guanyin statue has a rotund face, a tall topknot, ear ornaments, and a regal crown with ribbons laying on the shoulders along with the braided hair; quite flat facial features, half-closed eyes, slightly parted lips, a smiley countenance; an elongated lean body, narrow round shoulders, a slightly protruding belly and soft muscles. The upper body is bare, apart from the long shawl and a mid-calf length jewelled necklace. The right hand is holding a wish-fulfilling jewel, while the left hand is clutching the long necklace. A long skirt wraps around the lower body. The hip sways slightly to the left. The Bodhisattva is standing barefooted on a waisted double-lotus pedestal.

Most jewel-strung accessories on gilt bronze statuary of the Sui dynasty (581-619 CE) are in the form of long beaded strings, often connected with the neck ornament. They are simpler in design and less elaborate than their late Northern Dynasties counterparts. Overall speaking, Sui statuary appear more dynamic and the posture more naturalistic. The craftsmen had consciously increased the space between the torso and the arms to create wider viewing perspectives. Therefore, the head-to-body ratio is more reasonable. The modelling of muscle texture is even more meticulous. Although there is no emphasis on making the fabric look like flowing, the shawl and the skirt undulate spontaneously with the movement of the body and the limbs. This type of increasingly lively and realistic treatment well demonstrate the innovative style of the statuary of the Sui and Tang dynasties.