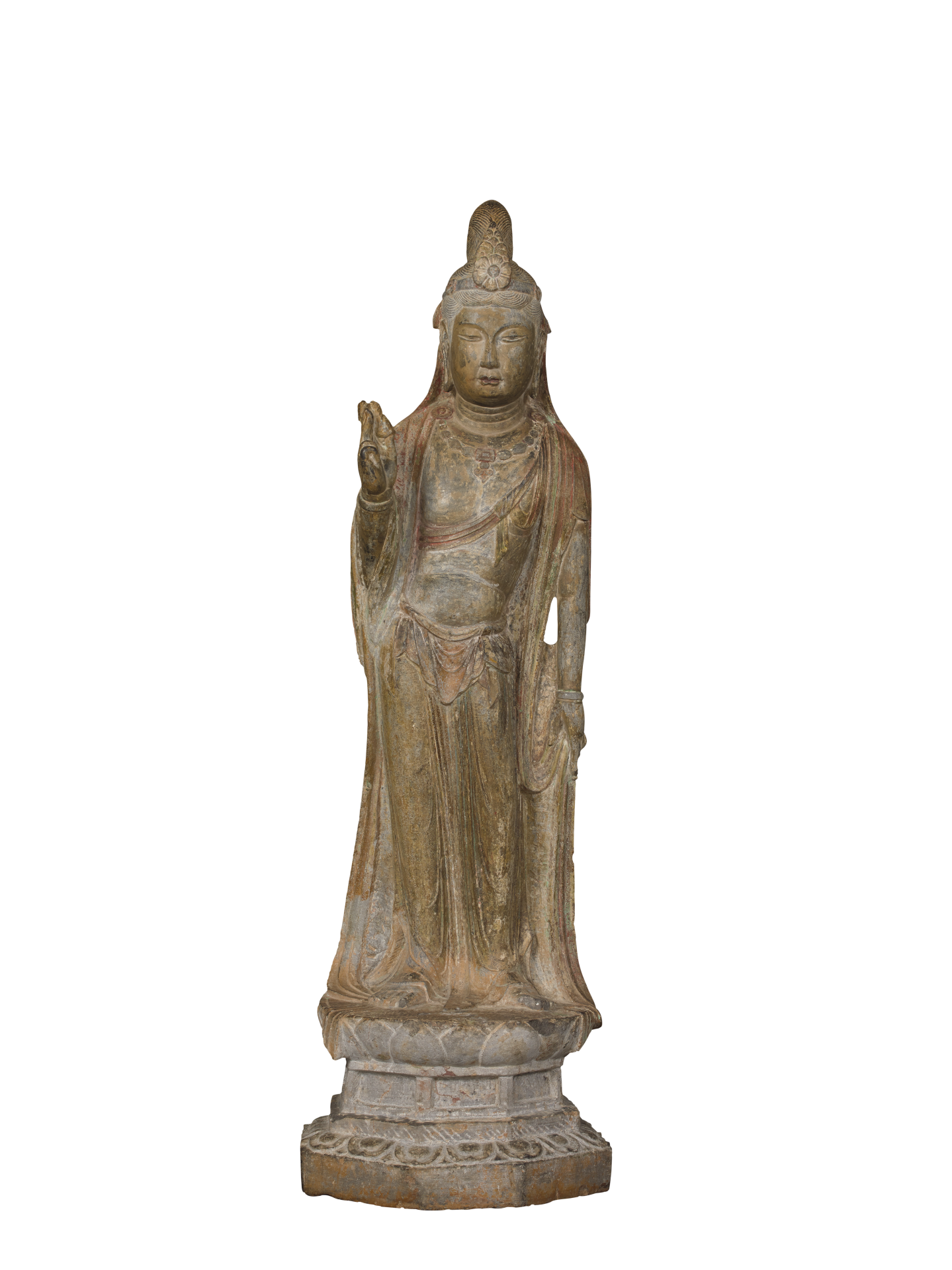 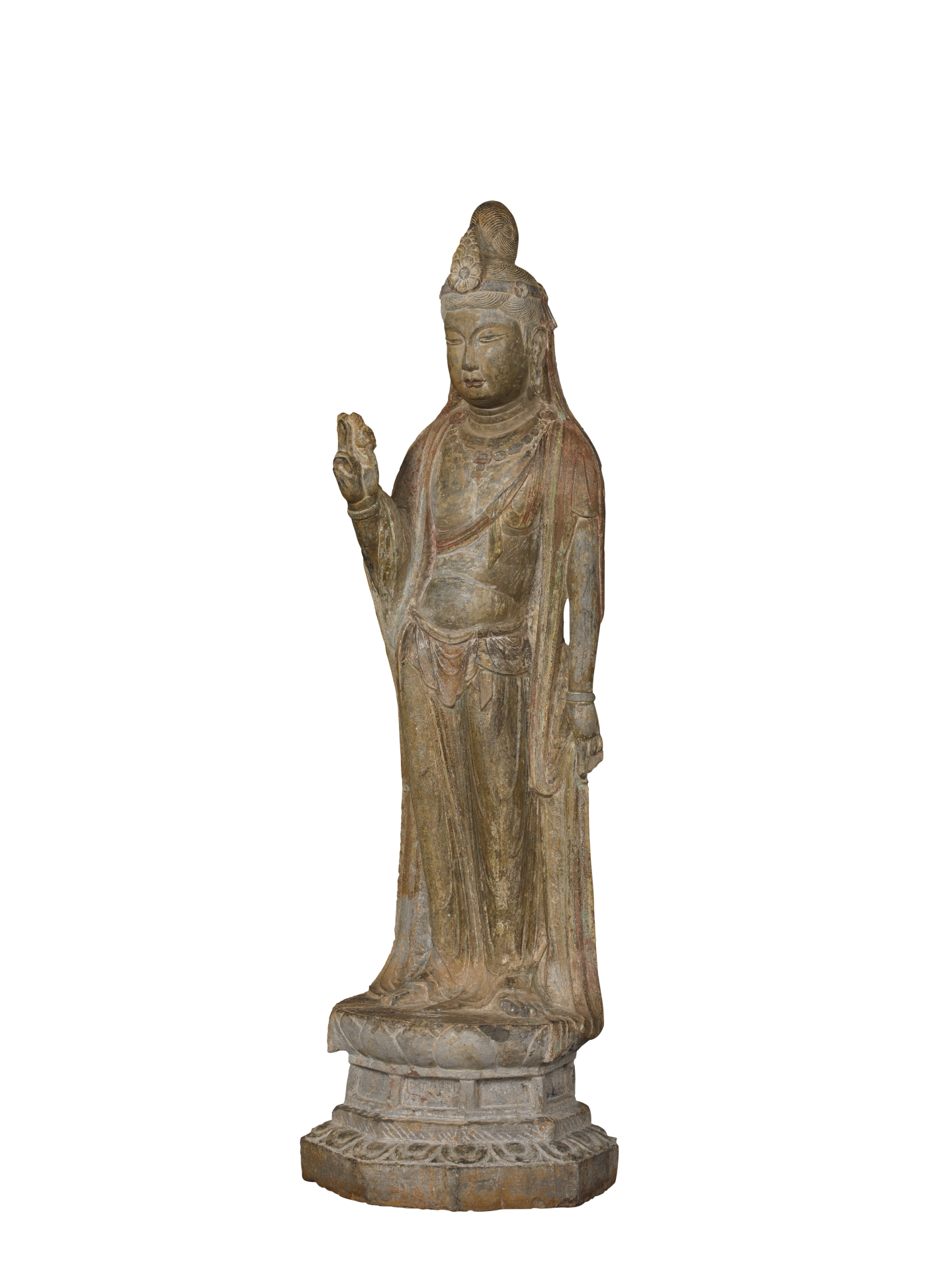 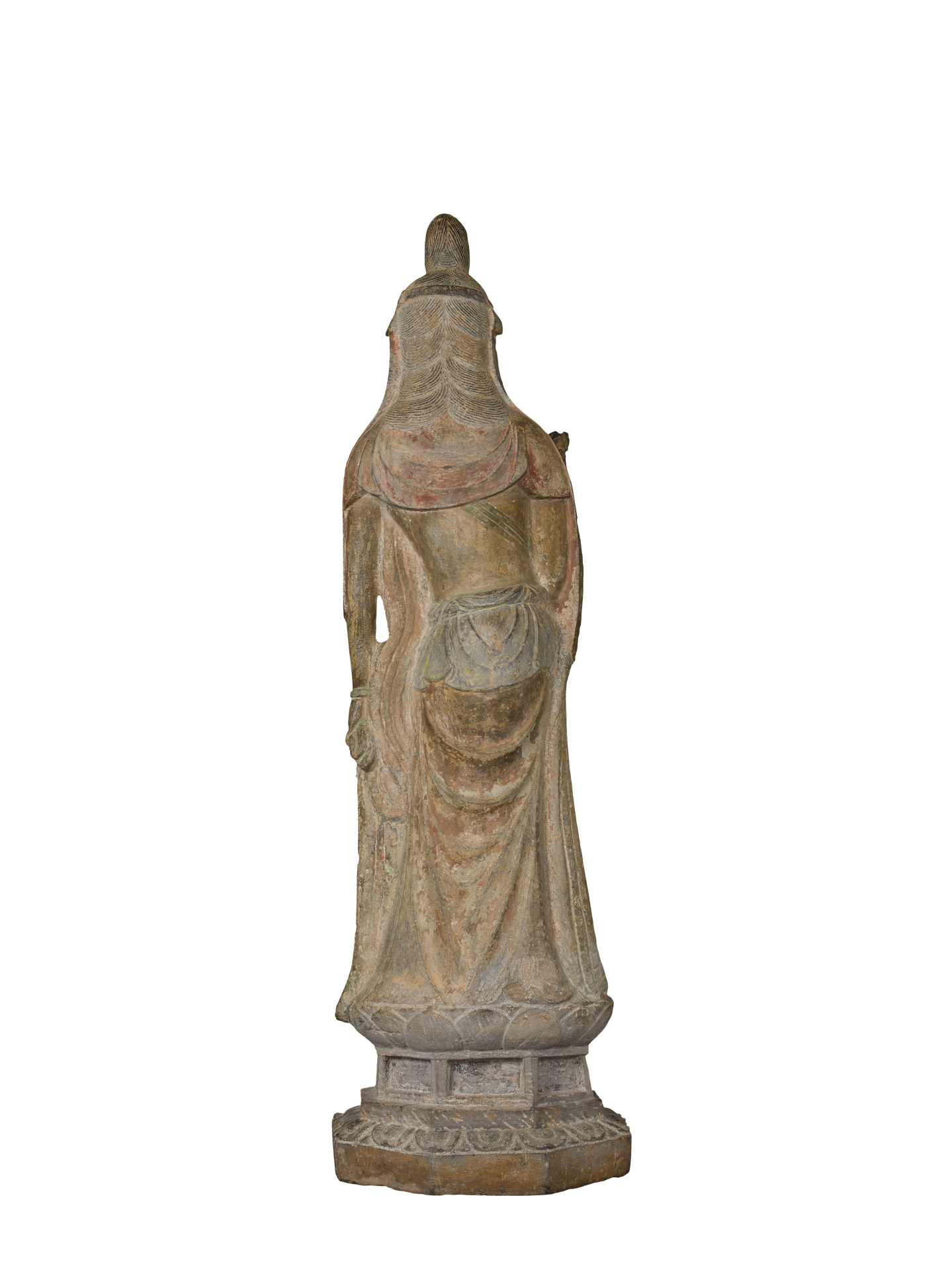 The Tang dynasty (618-907 CE) was considered a golden age in the history of Chinese culture. Not only did it enjoy great national power and unprecedented territorial expansion, its art and culture also saw great progress and reached new heights due to the Empire’s eclectic and accommodative perspective. The Tang dynasty thus became one of the most remarkable periods of Buddhist sculptural art. More importantly, large numbers of envoys and Buddhist monks travelled between China and India since the beginning of the Tang dynasty. This brought many Buddhist scriptures and statues to metropolitan China, consequently casting direct impact on Tang Buddhist art. Tang Buddhist statuary are known for their realistic and lifelike rendering. Not only are the bodily structure of the statues well-defined, their posture also reflects the absorption of the unique iconographic features of the Indian prototype as exemplified by the subtly swaying head, neck, waist and hip, which gives variety to the posture apart from generating a sense of motion.

This standing Bodhisattva wears a tall topknot and a diadem with floral design. With plump cheeks and a rather serious expression, this statue wears a simple string of jewels over his chest, a shawl around the shoulders, a diagonal sash across the upper torso and a long skirt below the waist. The raised right hand holds an object, while the lowering left hand picks up the streaming end of the shawl. He is standing barefooted upon a waisted pedestal comprising an upward-facing and a downward-facing full-blown lotus. The Bodhisattva is modelled with a thick chest, a slender waist and skin that appears tight and elastic, with meticulous attention paid to the subtle undulation of the muscles. The slightly swaying body, the smooth body line of the abdomen and waist, and the rather flexed left knee impart elegance and spontaneity. The close-fit garment that naturally drapes around the body is a notable iconographic feature of high Tang statuary. This statue standing 100 cm tall is quite impressive in size. Its surface was originally decorated with polychrome painting, and traces of colour pigments are still faintly visible. Similar works are very difficult to come by.