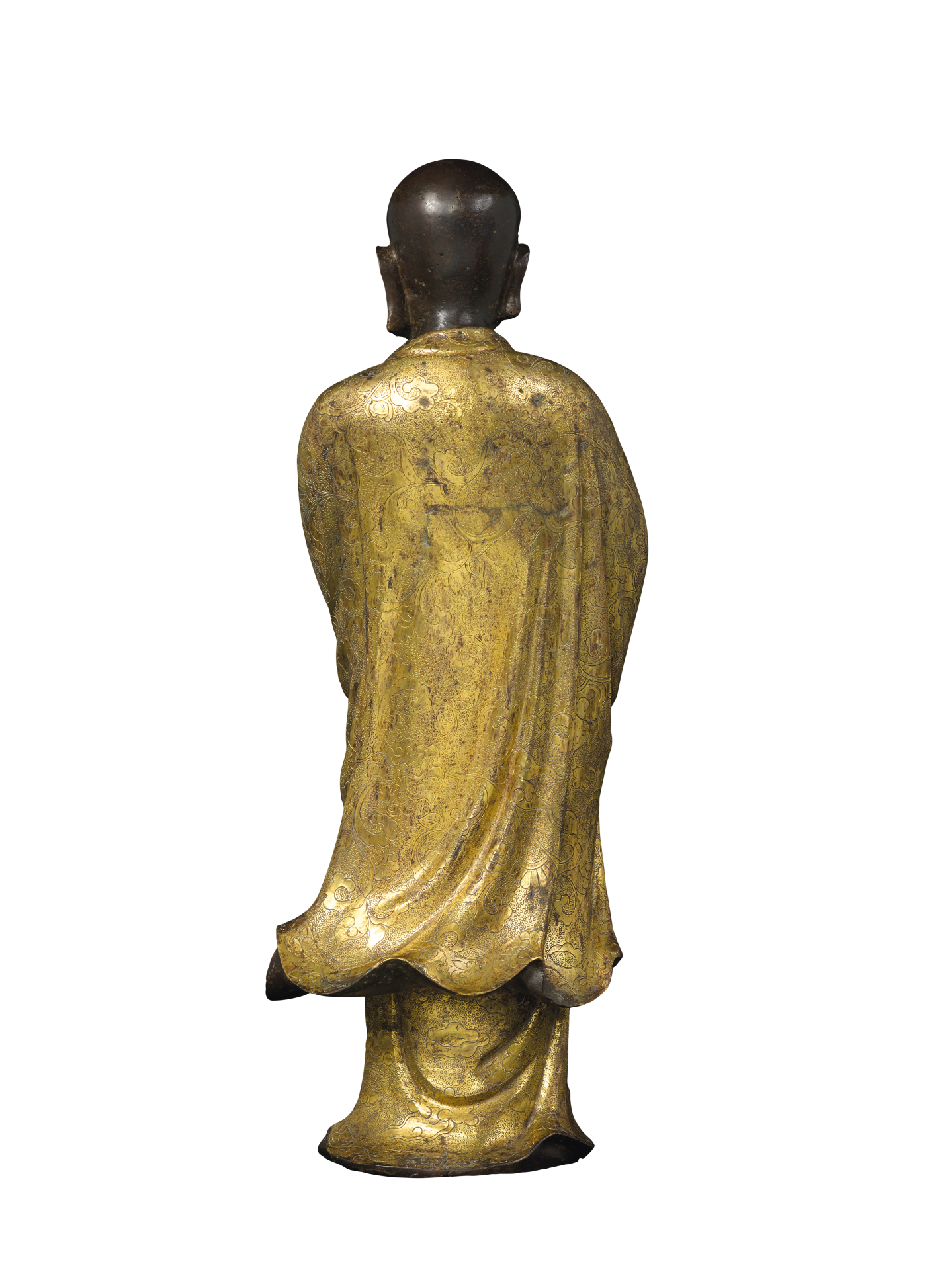 Bodhidharma (unknown birth year-circa 530 CE), the first patriarch of Chan (also as Zen) Buddhism in China, was born in South India. Since childhood he was very well-read in Buddhist scriptures and had a thorough understanding of Mahāyāna teachings. During Emperor Wudi’s reign (520-526 CE) in the Liang state of the Southern Dynasties, he arrived in Guangzhou by sea. He later travelled northward to the Shaolin Monastery in Mount Songshan in Henan Province to practise Chan meditation in solitude, and finally attained Enlightenment. After passing on his teachings to his disciple Huike (487-593 CE), he passed away at the Dinglin Temple in Mount Xiong’er in Henan. There are many legends related to Bodhidharma. One depicts him after an unfruitful encounter with Emperor Wudi (464-549 CE), travelled north and crossed the Changjiang River (Yangzi River) on a reed. Another one describes Huike cutting off his arm to demonstrate his sincerity after standing in deep snow for weeks to wait for Bodhidharma to resume teaching. Still another one portrays Song Yun (active around the 6th century CE) the envoy of the Northern Wei (386-534 CE) upon returning to China from Western Regions, saw Bodhidharma heading alone westwards carrying a single shoe, and later learnt that Bodhidharma had passed away some time ago. These are among the popular legends about Chan Buddhism.

This Bodhidharma statue has the countenance of an Indian or Central Asian monk with a squarish face, big ears, bushy eyebrows, big eyes, protruding high cheek bones, a big curly beard, tightly pursed lips, and a contemplative sober expression. The skeletal structure of the skull and the anatomy of the face are meticulously represented. Bodhidharma, dressed in a kāṣāya, has his hands clutched in front of his chest. He is standing barefooted with his body slightly turned to the right.

Due to long-time meditating facing the wall, he looks emaciated with ribs clearly visible on the chest. The gilt robe forms a strong visual contrast with the dark brown body colour. The surface of the robe is densely decorated with exquisitely chiselled, distintively composed and neatly layered cloud, floral, tendril and fish-roe motifs. The visual effect is very splendid. The wave-like drapery folds and their flying ends are imbued with a strong sense of rhythm, suggesting a breezy atmosphere and adding a sense of motion to the static pose.