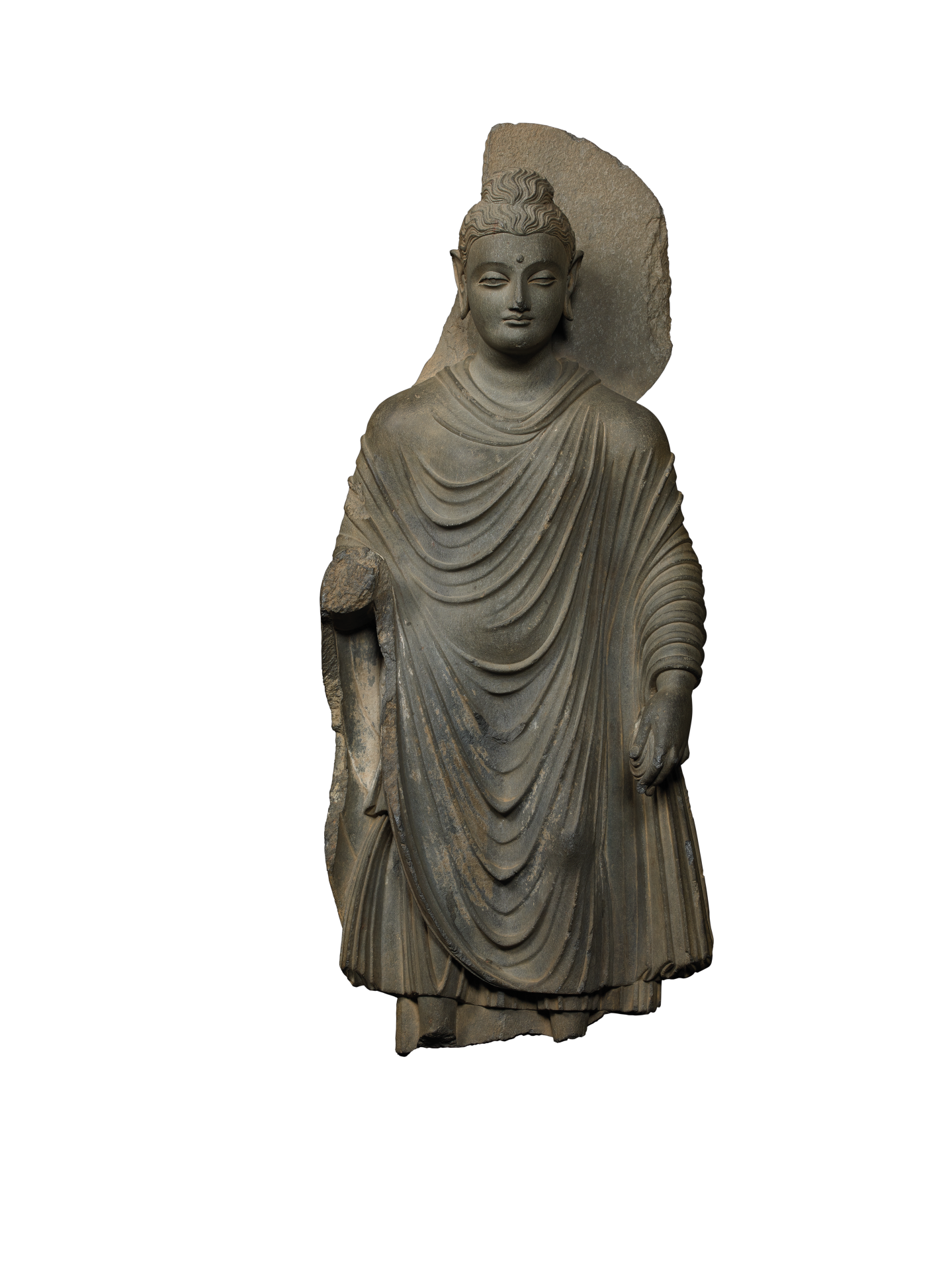 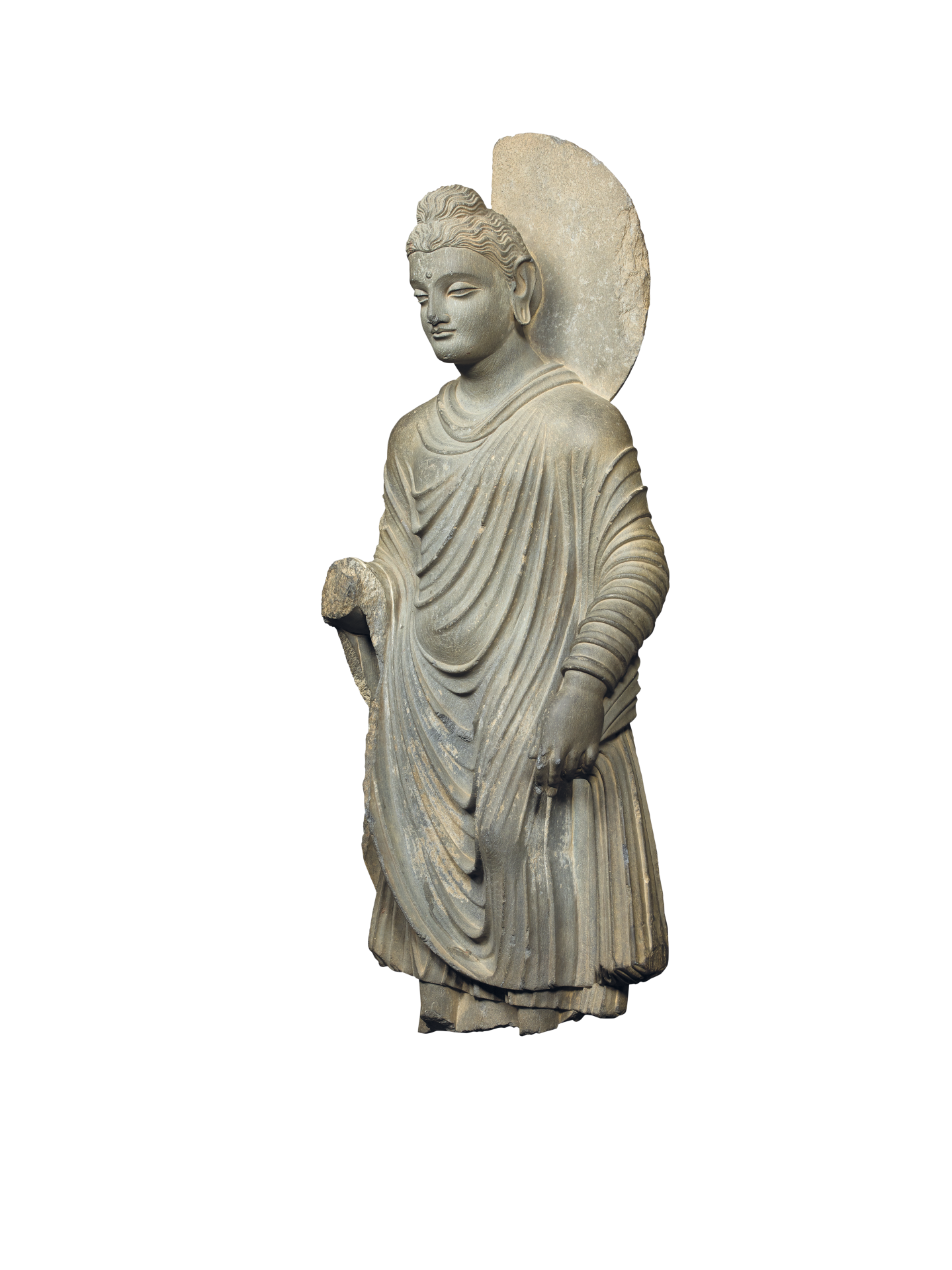 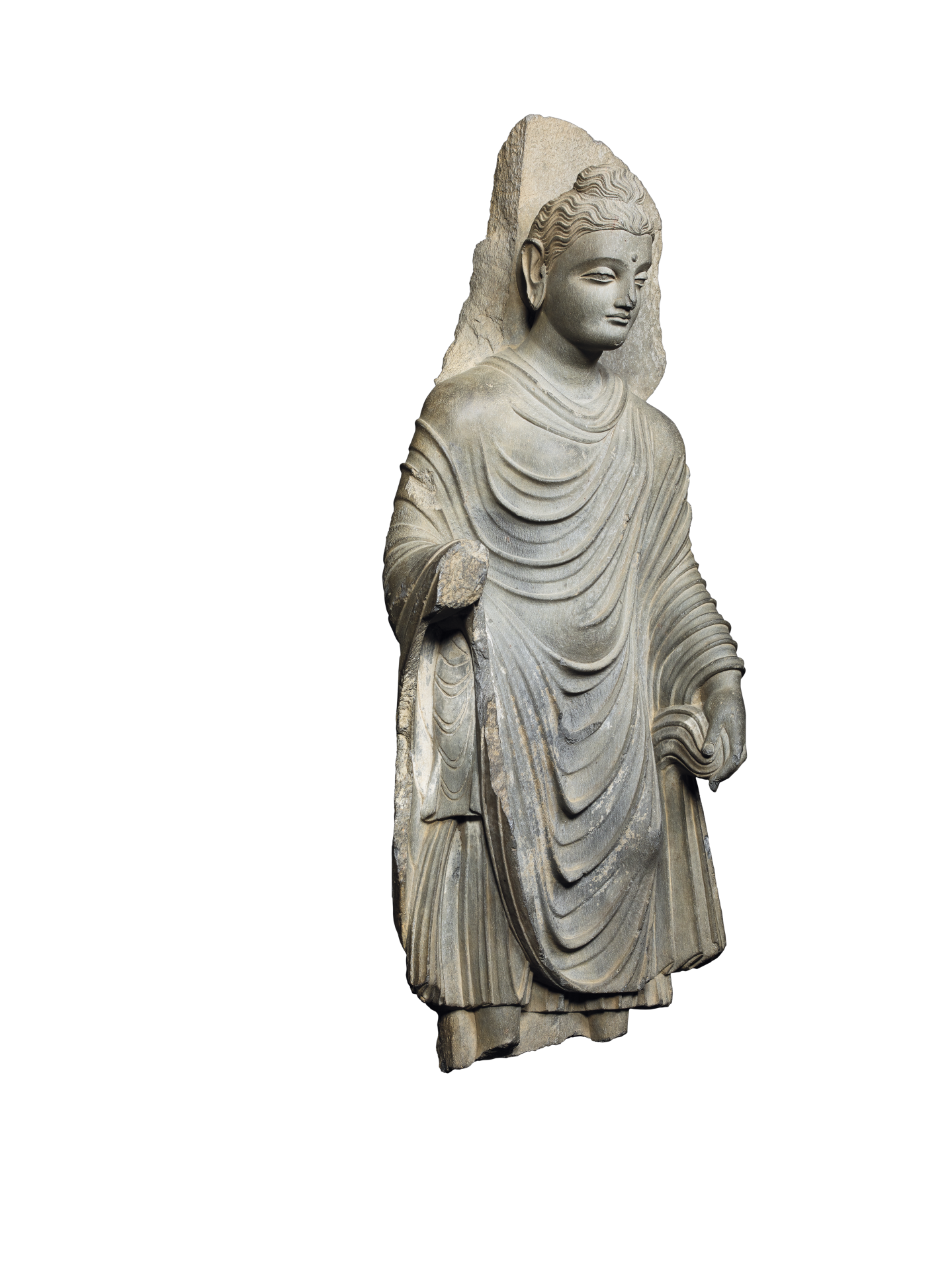 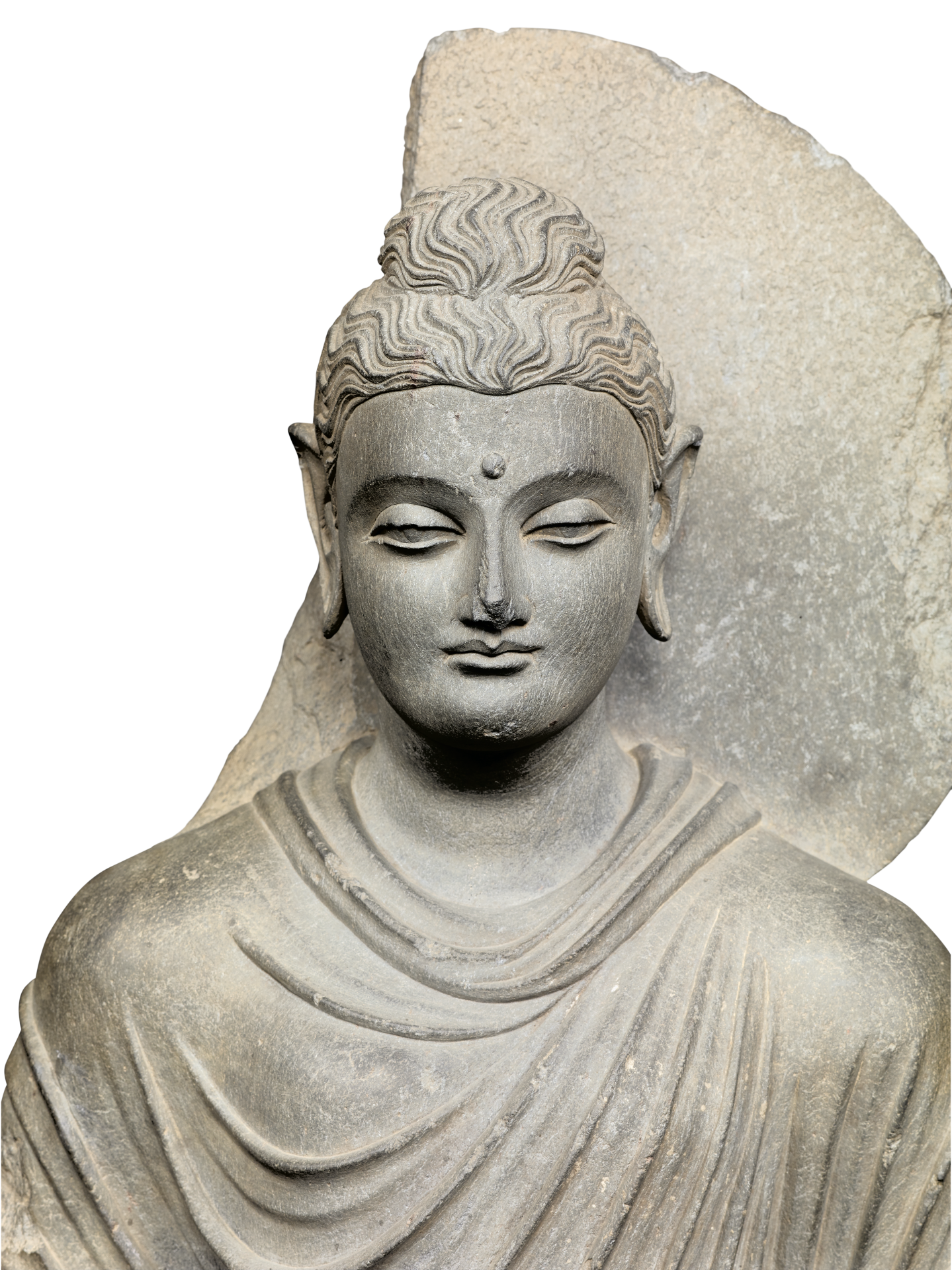 Gandhāra, one of the 16 kingdoms of ancient India, was located in the northwestern part of the subcontinent around present-day Peshawar valley in northern Pakistan and eastern Afghanistan. Since it had been under Hellenistic rule, its art was stylistically deeply influenced by Greco-Roman art. During the Kushan dynasty (1st-3rd century CE), strong patronage over Buddhism by successive Kushan kings along with the rise of Mahāyāna Buddhism resulted in the evolution of Buddhist art from aniconic to iconic. Gandhāran Buddhist sculptures are highly realistic and bear strong flavour of Western art, casting profound influence on early Chinese Buddhist statuary.

This standing Buddha has a circular nimbus behind the well-rounded head, an oval face with a broad forehead, a topknot (uṣṇīṣa) protruding under large wavy curls, an ūrṇā between the eyebrows, pronounced facial features, a high nose, exquisite deep-set eyes with pupils, full lips with slightly pursed outer corners, and a dignified and awe-inspiring countenance.

The kāṣāya robe covers both shoulders. The right forearm is broken off, while the left hand that extends naturally downward is holding the end of the robe. The part of the statue below the ankles is missing. The statue shows a strong physique with broad shoulders upon a relatively narrow torso, resulting in a slightly V-taper upper body. The muscles are realistically represented. Despite the apparently massive robe, one can still perceive the undulating contours of the thick chest muscles, slightly bulging belly and mildly flexed left leg underneath it. The posture is elegant and spontaneous, demonstrating the unique charm of Gandhāran sculptures.

The drapery is meticulously rendered. On the one hand, the fabric follows closely the subtle undulation of the body. On the other hand, the relationship between the garments and the body is clearly indicated by the catenary and ridged folds carved in the round. Although the statue is partially damaged, the realistic style of Gandhāran sculptures is still well-demonstrated.