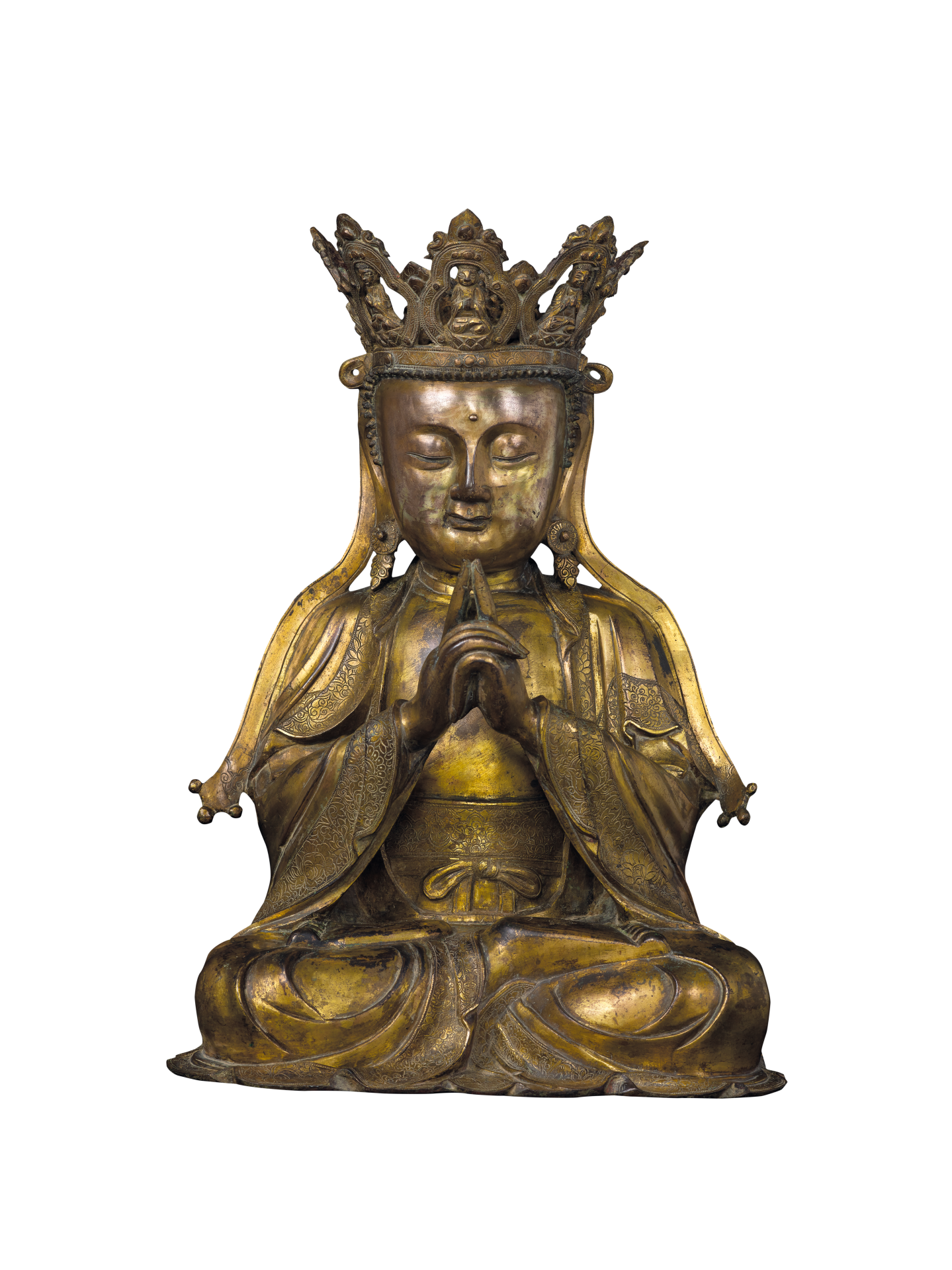 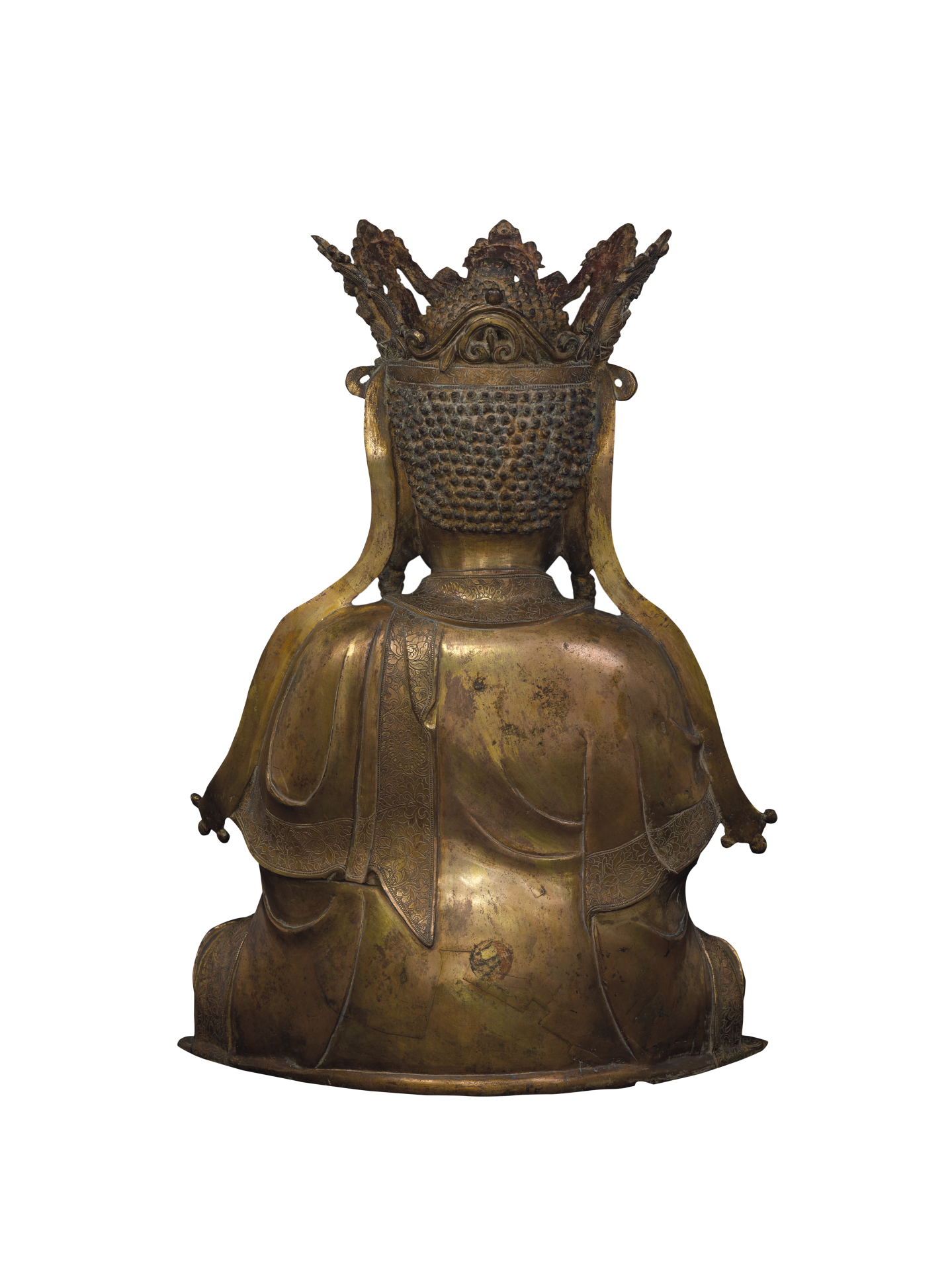 The seated Vairocana wears a ‘Five-Dhyāni-Buddha Crown’ with ribbons gliding down the sides of the forearms; and ornaments on the earlobes. He also has tight snail-like curls and a conical uṣṇīṣa surmounted by a gem. The regal crown is in the form of five petals, each enclosing a miniature niche in the shape of a double-gourd, enshrining a Buddha seated with legs locked on a lotus base and hands displaying a sacred gesture in front of the chest.

The Five-Dhyāni-Buddha Crown is also called the Five-Wisdom-Buddha Crown or Five-Wisdom Celestial Crown. The seated Buddhas on the crown represent the five celestial Buddhas of the Diamond Realm (Vajradhātu). They are Vairocana in the centre, Akṣobhya in the East, Ratnasaṃbhava in the South, Amitāyus in the West and Amoghasiddhi in the North. They represent the fundamental wisdom of the Dharma Realm, the great mirror wisdom, wisdom of equality, wisdom of profound insight and wisdom of accomplishment. Vairocana wearing this crown is a symbol of him being a Dharma Body (Dharmayāka) of the Buddha, perfectly endowed with the Five Wisdoms.

This Vairocana statue has a round face with a square forehead, an ūrṇā between the eyebrows, well-spaced facial features, long eyebrows, narrow eyes, a straight nose, a delicate mouth, downcast eyes, lips with gently lifted outer corners hinting a smile, and a majestic countenance. His kāṣāya has collars hanging down from both shoulders. He is seated with legs locked in ‘lotus posture’ (padmāsana) and hands in ‘supreme bodhi gesture’ (uttarabodhimudrā) in front of a flat chest showing no muscular undulation. The drapery folds are basically symmetrically arranged. The ribbon hanging from the crown, the miniature niches around the crown, together with the borders of the robe and undergarment are decorated with meticulously chiselled motifs. The garments’ edges are elaborately incised with lotus and tendril motifs against a fish-roe background between bead-edged borders. The overall design is exquisite and resplendent. This Vairocana statue is stylistically typical of the 16th century.