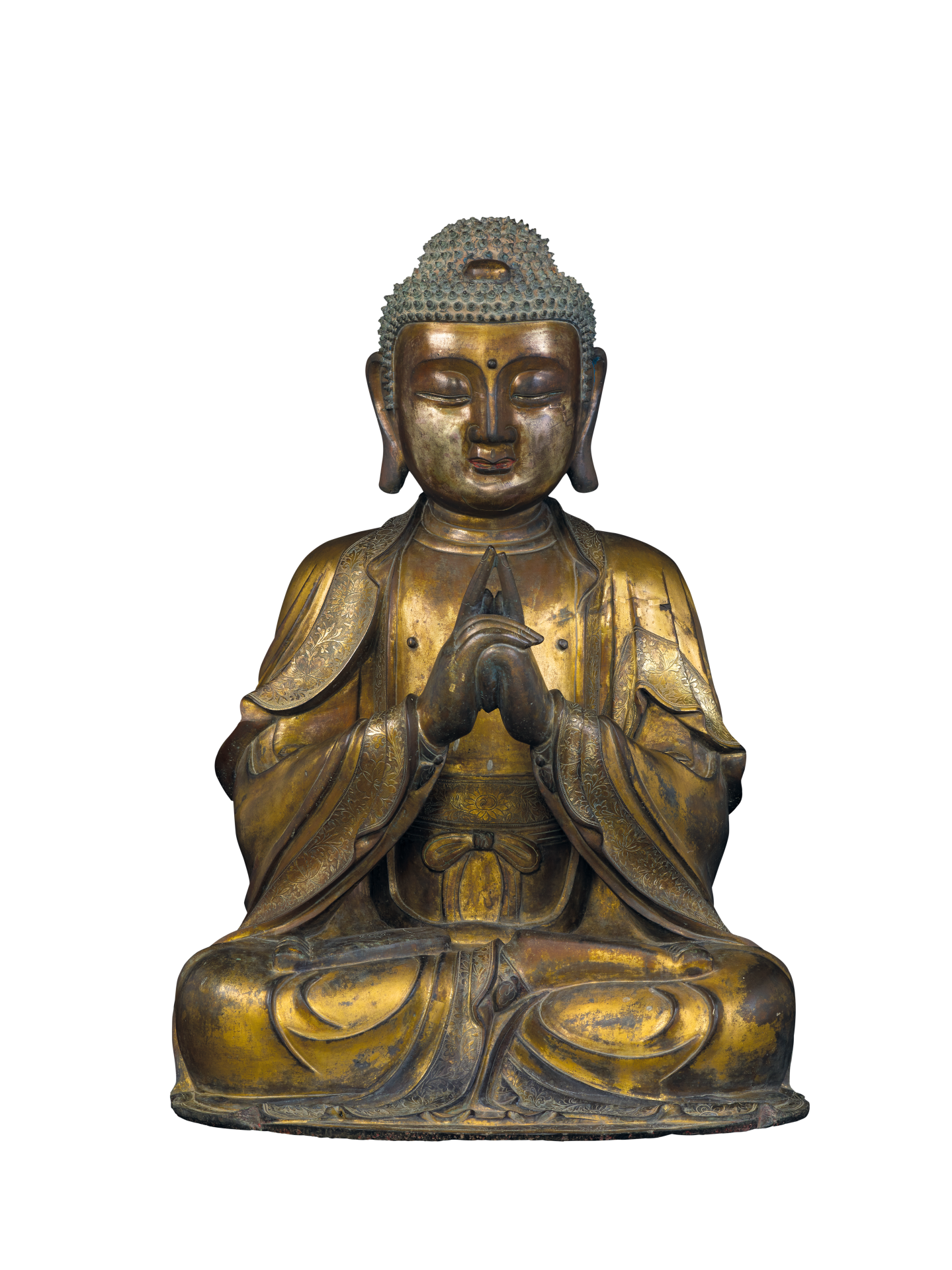 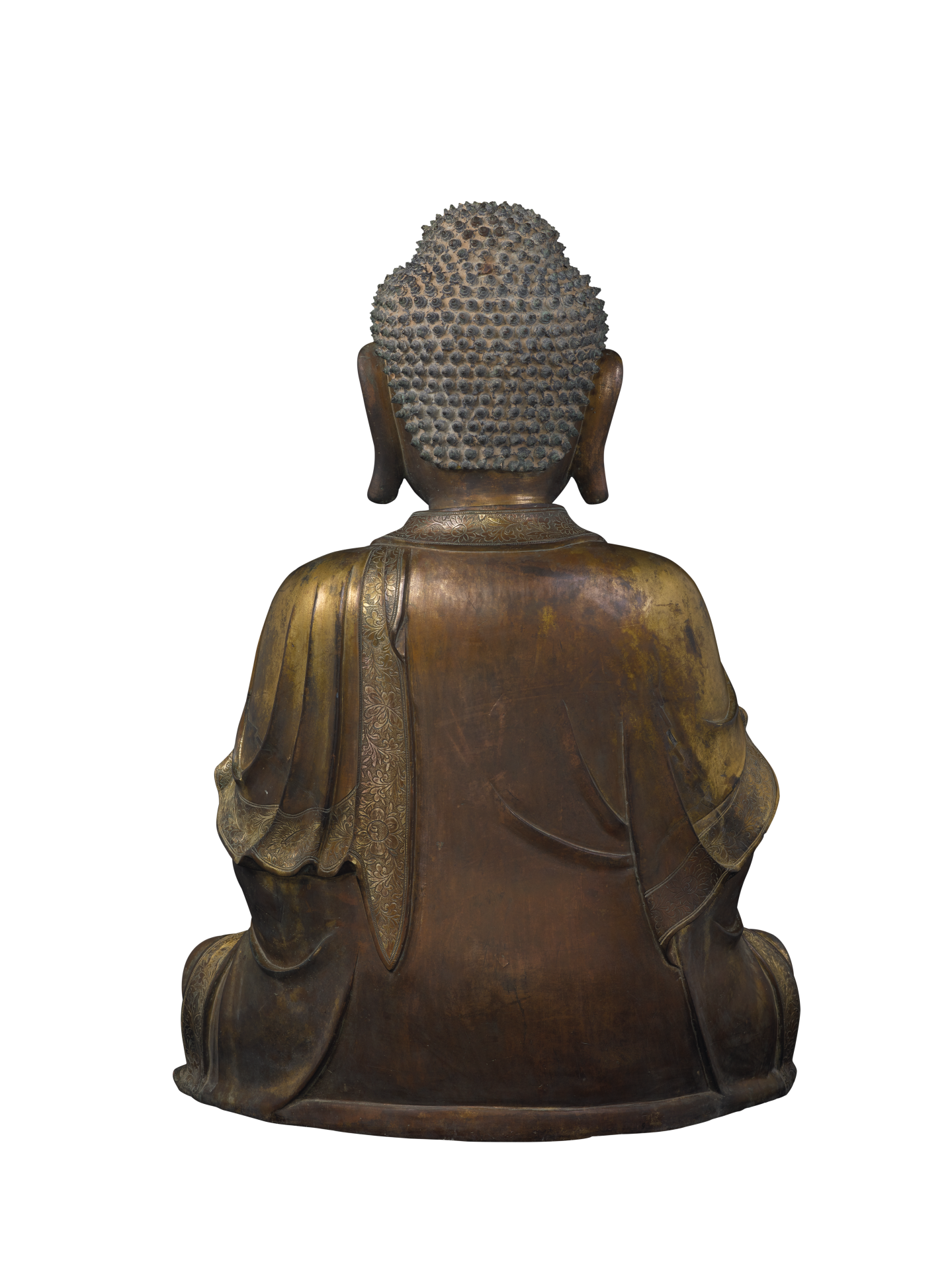 Apart from being the tutelary deity of the Womb Realm (Garbhakosadhātu) and Diamond Realm (Vajradhātu) of Tantric Buddhism, Vairocana is also the Lord of the Avataṃsaka World. Vairocana is an important deity of both exoteric and esoteric Buddhism, noted for his richly varied forms and different hand gestures. This Vairocana Buddha statue of the Ming dynasty is displaying the ‘supreme bodhi gesture’ (uttarabodhimudrā) with his clenched fists held in front of his chest, the left fist folded into the right one and two index fingers pointing up and touching each other.

Vairocana statues of this iconography appeared rather late, notably after the Song dynasty (960-1279), and mainly prevailed in northern China. After it became a trend during the Ming dynasty (1368-1644) to dedicate a hall in the monastery to the worship of this deity, the image of Vairocana displaying the ‘supreme bodhi gesture’ was widely adopted and became the most popular form of Vairocana of the time.

This seated Vairocana has a uṣṇīṣa protruding from the crown of his head, tight snail-like curls set with a gem, an oblong face, an extra incised line on the upper eyelids and a muscular pouch known as ‘recumbent silkworm’ beneath the eye sockets; smooth round cheeks, straight nose, thin lips, and a solemn countenance. He wears a kāṣāya with collars hanging down from both shoulders, and a long skirt girded by a cord knotted in front of the belly. He is seated with legs locked in ‘lotus posture’ (padmāsana) on a pedestal whose base is now missing. The body is solidly built, with squarish shoulders and a strong flat chest. The various characteristics of the Buddha such as the ūrṇā between the eyebrows, long slender limbs, a 卍 symbol on the chest and a sign of the Dharma wheel upon each sole are also depicted.

The borders of the kāṣāya are decorated with various floral and foliage motifs and continuous beads. The drapery is neatly rendered. The ridged folds around the legs are more sparsely spaced. Most relief catenaries are symmetrically arranged. The robe and undergarment form layers of overlapping fabric with a thick and weighty appearance. Although the modelling of garments on mid-Ming statuary had become increasingly formalised, much attention was paid to the decorative motifs on the garments, thus creating a unique period style.