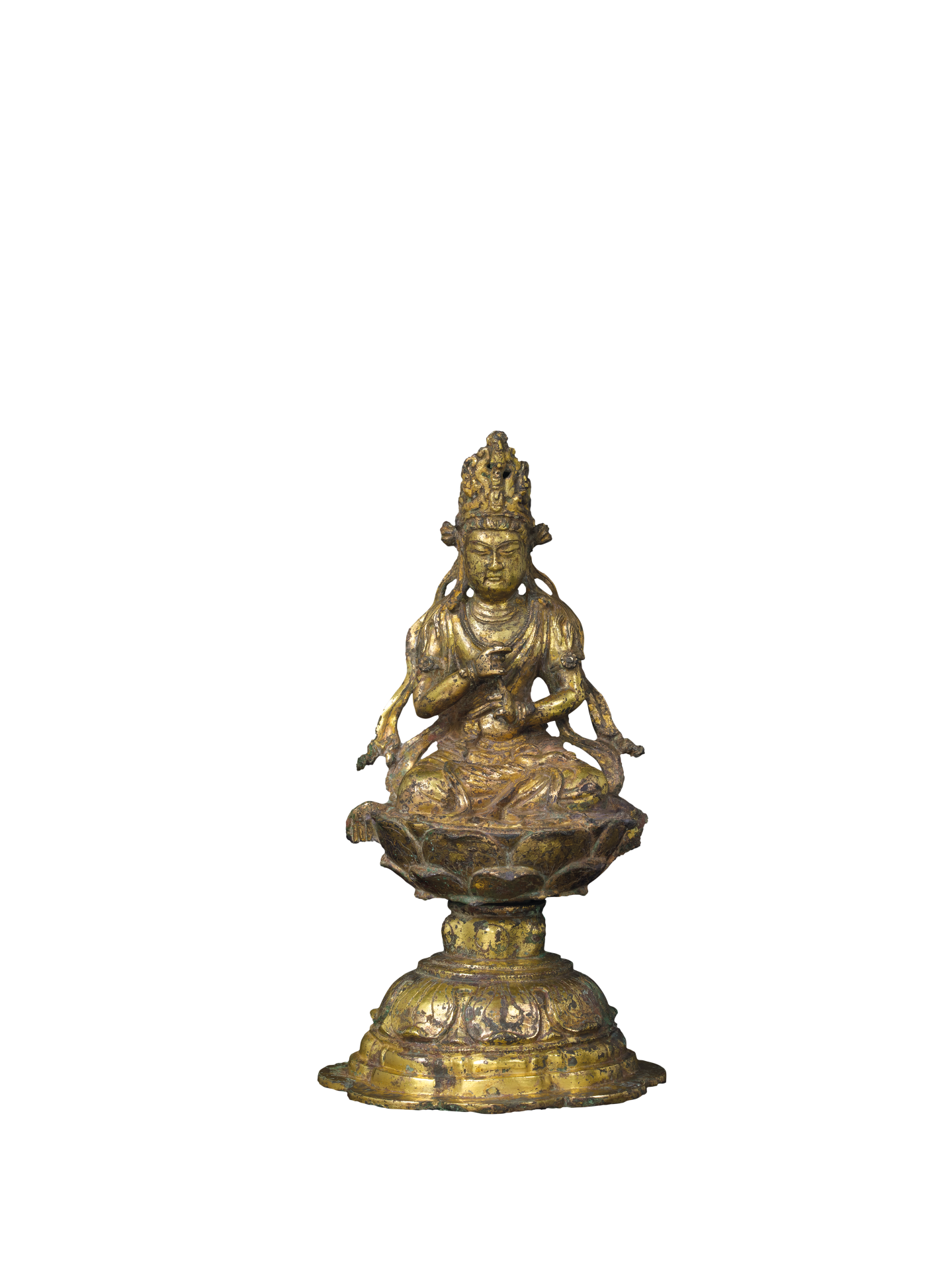 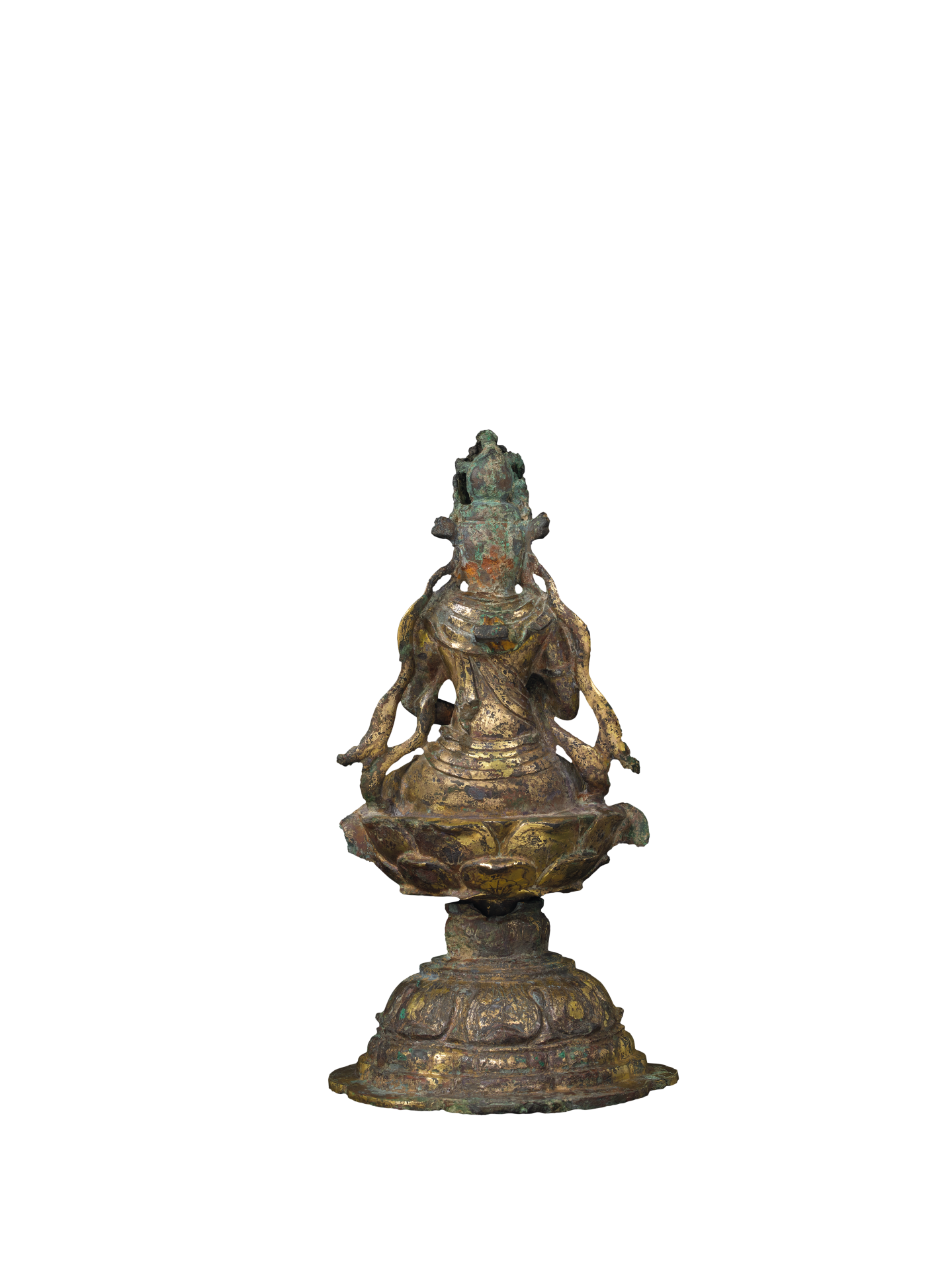 Vairocana (or Mahāvairocana), The Luminous One, is a Dharmakāya Buddha and the supreme tutelary deity of Tantric Buddhism. During the Kaiyuan reign (713-741 CE) of the Tang dynasty, the three Indian monks Śubhakarasiṃha (637-735 CE), Vajrabodhi (669-741 CE) and Amoghavajra (705-774 CE) translated into Chinese the Mahāvairocana Tantra and Vajraśekhara Tantra – root texts of the Womb Realm (Garbhakosadhātu) and the Diamond Realm (Vajradhātu). These two works introduced Tantric doctrines into China and laying the foundation for the development of Chinese Tantric Buddhism in the Tang dynasty (618-907 CE).

This Vairocana statue wears a tall crown with ribbons flowing out from either side. He has shoulder-length hair, a bare upper body save for the shawl, strings of jewellery, armlets and bangles. The appearance resembles that of a Bodhisattva. His hands are displaying the ‘lotus-fist gesture’ (bodhyagrimudrā). The iconography conforms with that of Vairocana set out in the Vajraśekhara Tantra. He has a round face with fleshy cheeks, long narrow eyes, a broad flat nose, a small mouth with full lips; a robust and upright physique, broad thick shoulders, a bulging chest, a relatively narrow waist and strong arm muscles. He wears a long skirt and sits with legs locked in ‘lotus posture’ (padmāsana) on a lotus pedestal. The drapery folds represented by low ridges appear succinct yet artistic. Superbly crafted and incisely decorated, the dumbbell-shaped high pedestal is similar in form to that of the Tang dynasty Bodhisattva statue holding the Buddha’s relics unearthed from Famen Temple in Shanxi Province. The upper section of the lotus pedestal has thick broad upward-facing petals. The circular seat enclosed by the petals is surrounded by a ring of continuous beads at the rim. The lower section of the pedestal has flat broad downward-facing petals with upturned tips.

In the difficult period known as “Huichang Persecution of Buddhism” (842-846 CE) during the reign of Emperor Wuzong of the Tang dynasty, large numbers of Buddhist statuary and many temples were demolished – a great toll on Tantric Buddhism. Consequently, surviving Tang examples of Vairocana statues displaying the ‘lotus-fist gesture’ are very rare. Since this statue also attests to the development of Tantric Buddhistm in the Tang dynasty, it is indeed very precious.