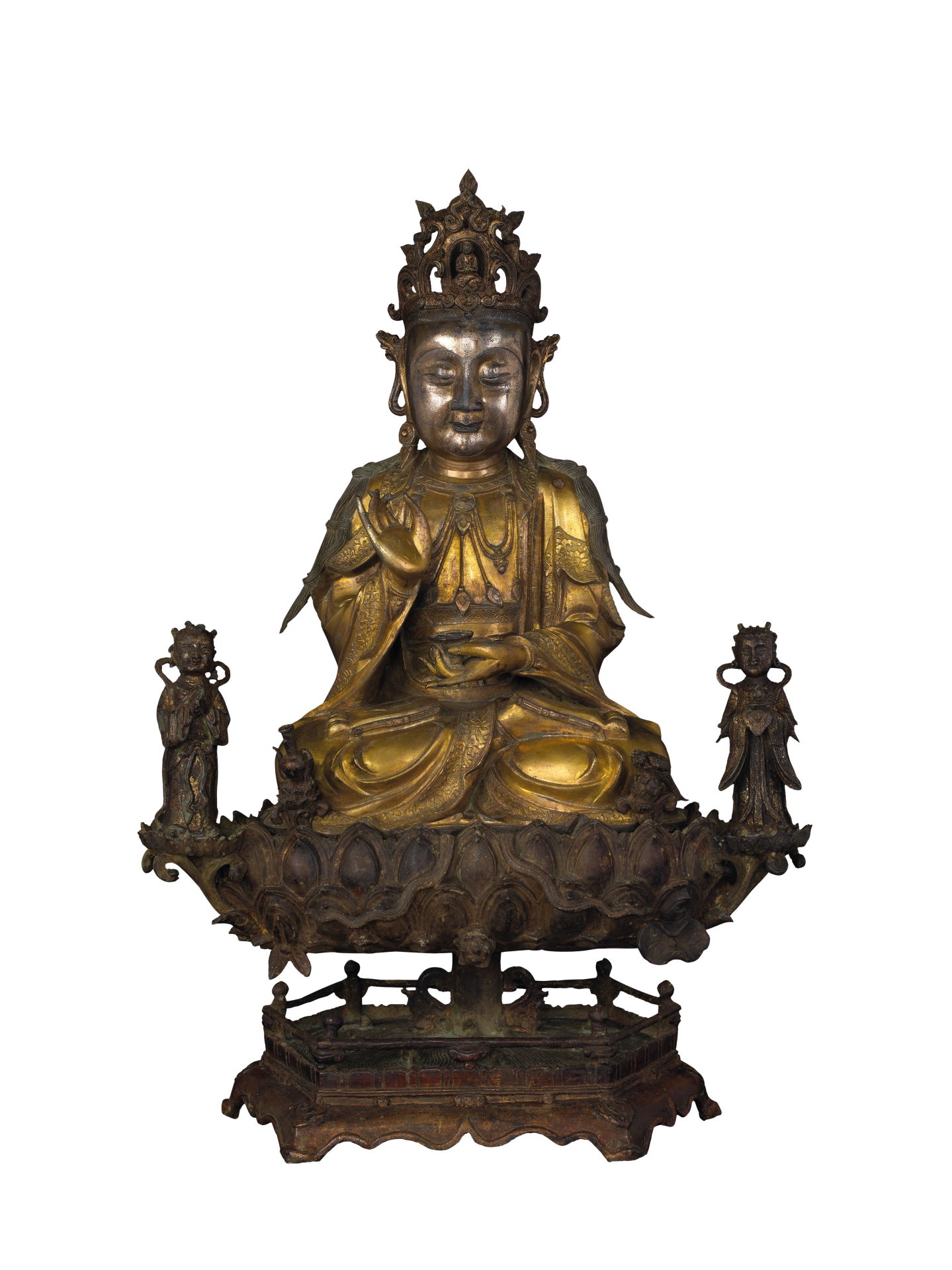 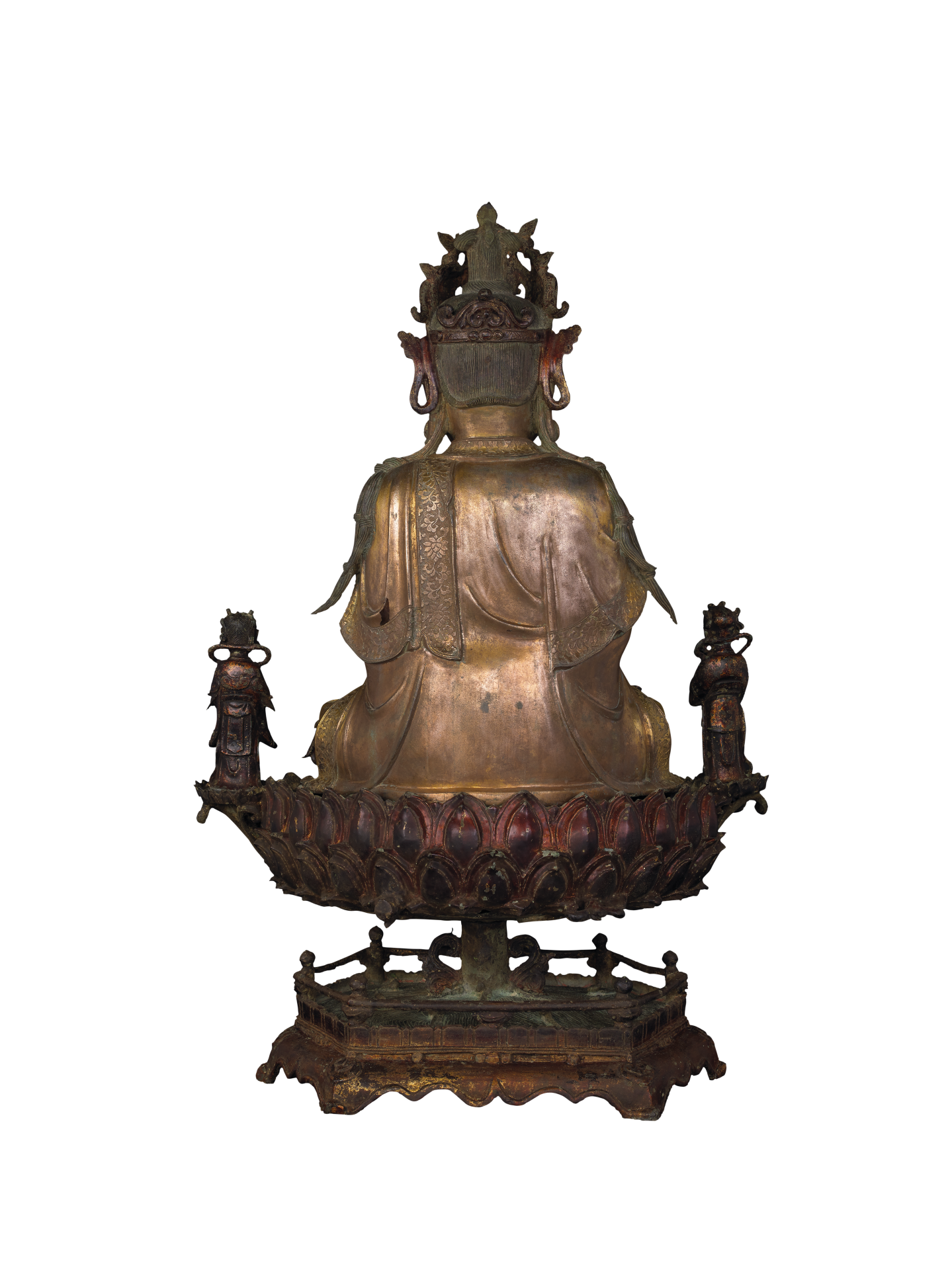 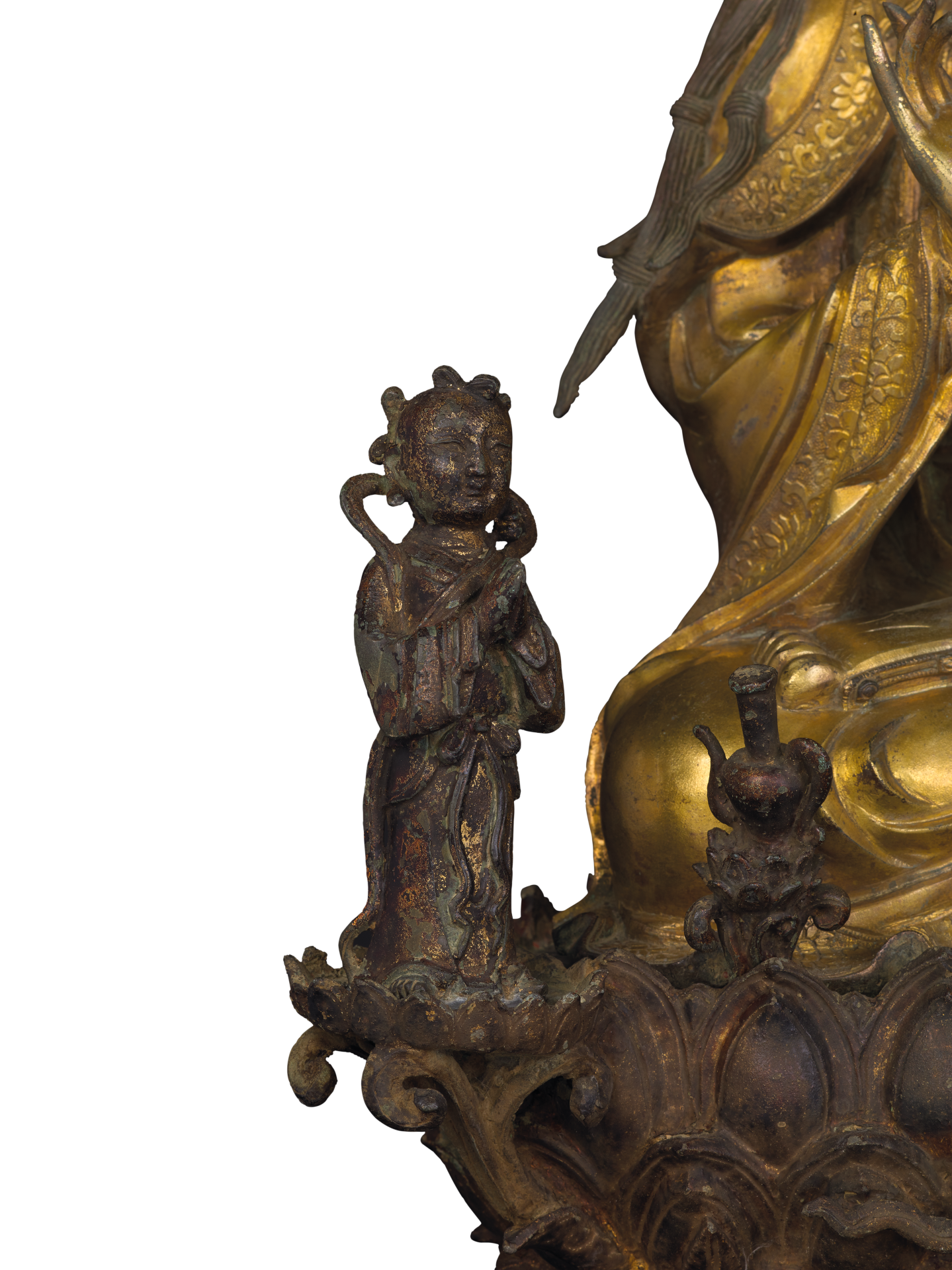 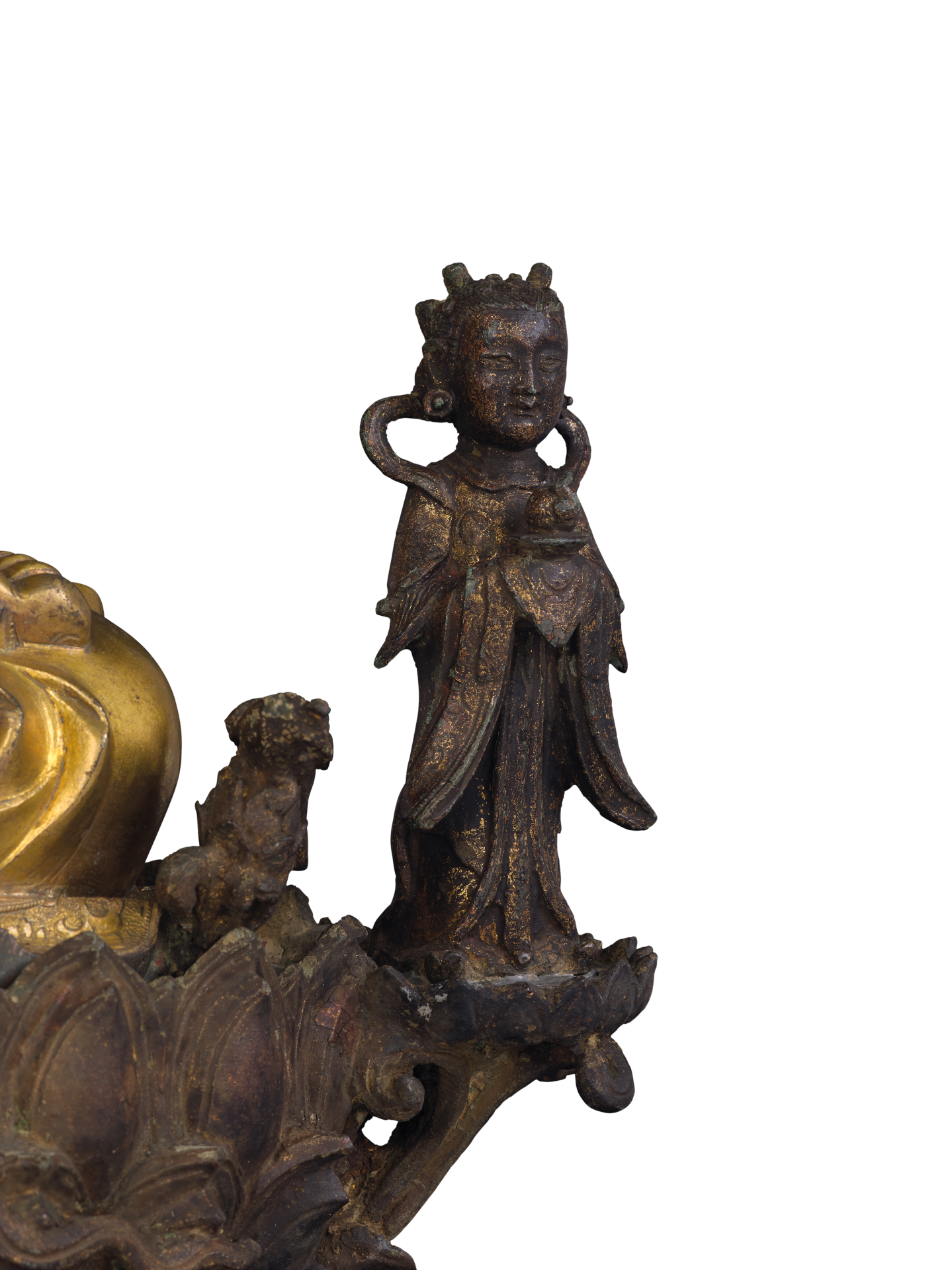 This South Sea Guanyin statue is flanked by Shancai (Child God of Wealth) and Longnu (Nāga Maid). In addition to a purifying bottle, there is also a parrot in front of Guanyin. According to Buddhist literature, Shancai visited the abode of Guanyin at Mount Potalaka to pay homage and to seek teachings of the Bodhisattva Path. His wish was granted. Legends also has that Guanyin once visited Nāga King’s abode at the bottom of the ocean to preach the dhāraṇī of salvation to sentient beings. To express her gratitude, Longnu, Nāga King’s daughter, presented an invaluable pearl to Guanyin.

Although there is no mention of Shancai and Longnu being the acolytes of Guanyin in Buddhist canons. Episodes of Guanyin subduing the two and making them his acolytes are found in Buddhist folk literature of the Ming dynasty (1368-1644) including Nanhai Guanyin quanzhuan (Complete biography of the South Sea Guanyin) and Shancai Longnu baojuan (Precious script about the Shancai and Longnu). The Yingge baojun (Precious script about the parrot) even describes Guanyin being moved by the piety of a white parrot toward its parents, helped the parrot’s parents take rebirth in a higher realm. To repay the kindness, the parrot entreated Guanyin to allow it to stay by the side for the rest of its life. Therefore a parrot often appears in the images of Guanyin in the Ming dynasty.

Guanyin, the principal deity of this statue, has a tall topknot surrounded by a crown with floral design and an image of Amitābha Buddha set at the centre front; ribbons hanging down from the sides of the crown past the back of the ears; pendent ear ornaments, braids of hair gliding away from the shoulders; an oblong face, fleshy cheeks, comfortably spaced facial features, long fine eyebrows of crescent shape, downcast eyes, lips with gently lifted outer corners, as well as a stern and dignified countenance.

He wears a loose robe ; a long skirt around the lower body, strings of jewellery upon the chest, and a finger ring. The thumb and index finger of the raised right hand touch each other, suggesting that a willow branch was originally held there. A water cup is sitting on the palm held in front of the belly. Guanyin is seated with legs locked in ‘lotus posture’ (padmāsana) on a lotus pedestal. Shancai and Longnu are standing on the two miniature flanking lotus pedestals borne on stalks issued from the sides of the large pedestal. The girl is holding a lotus with both hands, while the boy has palms joined. Wave motifs beneath the pedestal along with the purifying bottle and white parrot on the front edge complete the iconography of the South Sea Guanyin.