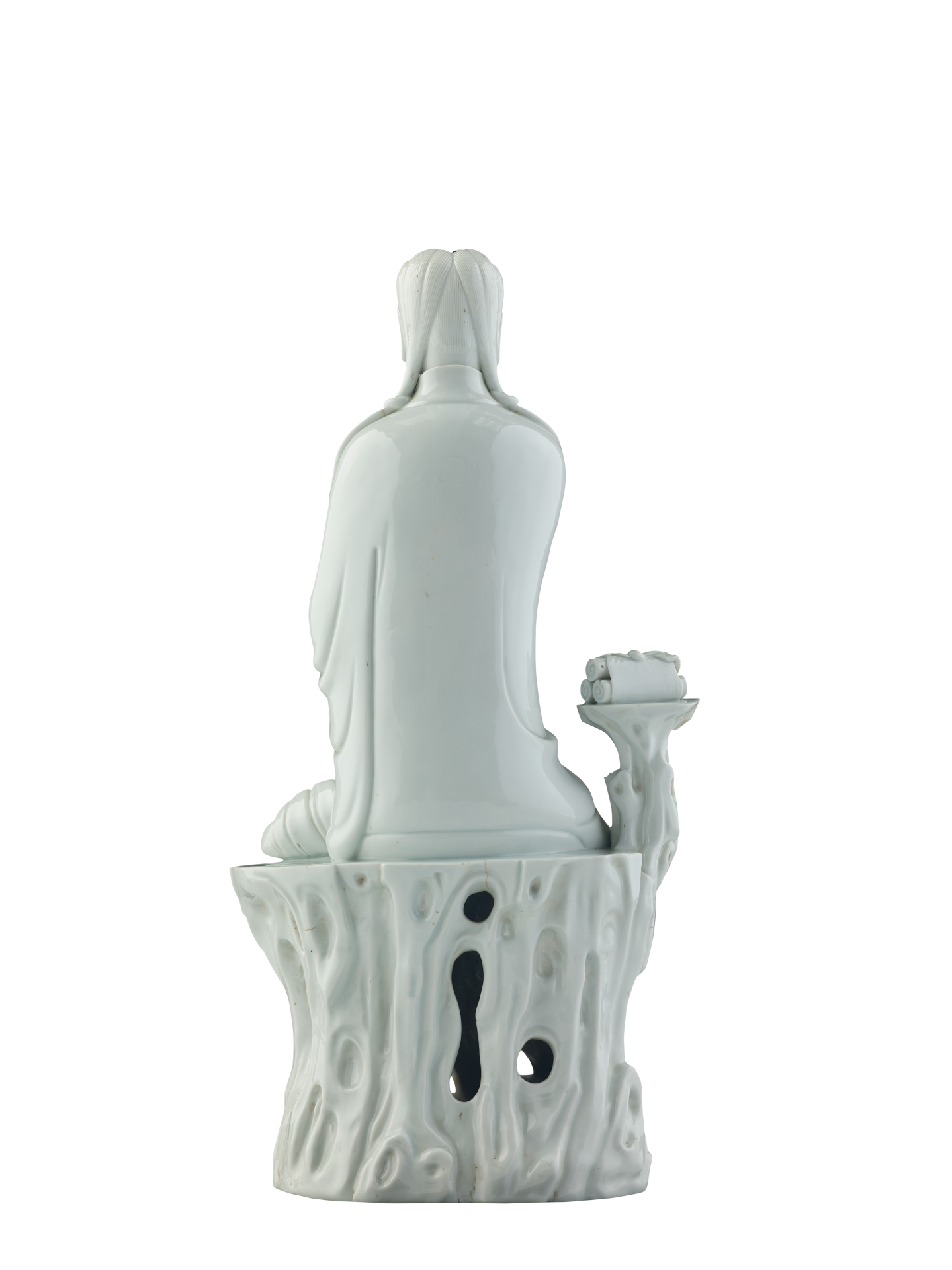 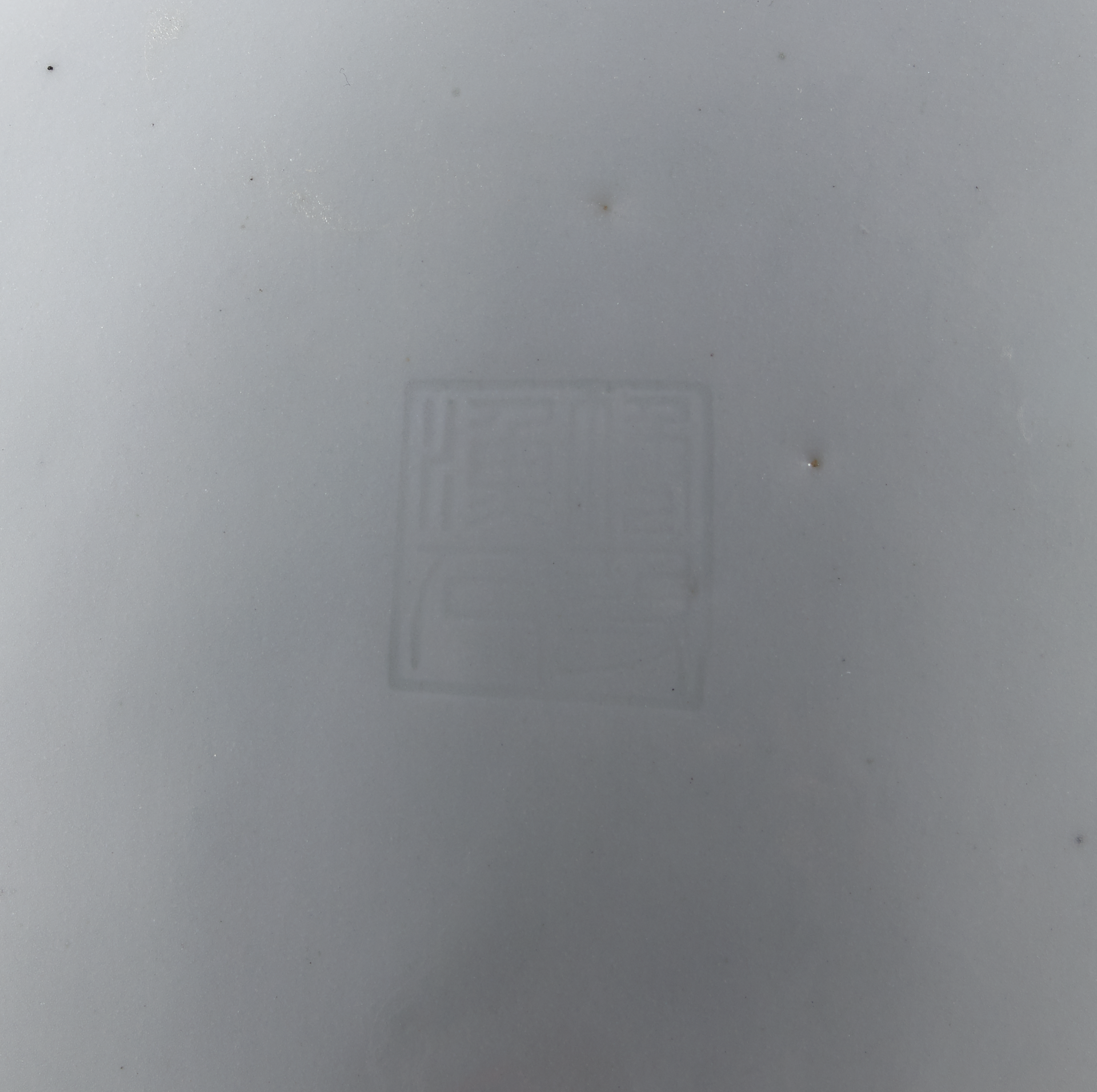 The Dehua kilns have a long history in the production of white porcelain. The style, paste and glaze colour of this statue indicate that it was produced in the Dehua kilns during the early Republican period (early 20th century). Dehua statuary of this period are characterised by a darker paste; a lustrous, sleek and highly vitreous white glaze with a bluish grey tint, where the glaze accumulates thick; a slender physique, and delicate and elaborate carving techniques.

This Guanyin statue in female form has an oval face, braids of hair resting upon the shoulders, meticulously depicted hair texture, a broad forehead, close-set facial features, an ūrṇā between the eyebrows, slanting downcast eyes, an elegant nose, and a small mouth showing a smile. The Bodhisattva wears a loose robe with wide sleeves, a necklace over the chest with a plaque in the shape of a full-blown lotus at its centre front, and a skirt around the lower body with the hem draping over the edges of the rocky pedestal. The right leg is on the pedestal, while the right hand hugs the knee of the left leg which is placed over the right leg. The posture is elegant but unnatural. The Bodhisattva’s slender body is largely hidden under the robe. The drapery is fluidly rendered, with smoothly edged relief lines. Some folds are deeply cut, with lines imbued with calligraphic interest. The interior of the rock is hollow, and the many perforations on the rock surface allow light to penetrate. Several scripture rolls are placed on a small platform formed by an extension on the proper right side of the rock, which allows the statue to be identified as the Scripture Guanyin.

The four-character seal mark Boji Yuren (Generous Fisherman), carved in intaglio at the back of the statue, belongs to the renowned porcelain sculptor Su Jinxue (1869-1919) and his porcelain workshop Yunyu Cizhuang in Dehua. Apart from appearing alone, this seal mark is often joined by the Yunyu (Jade-like) mark on his works.