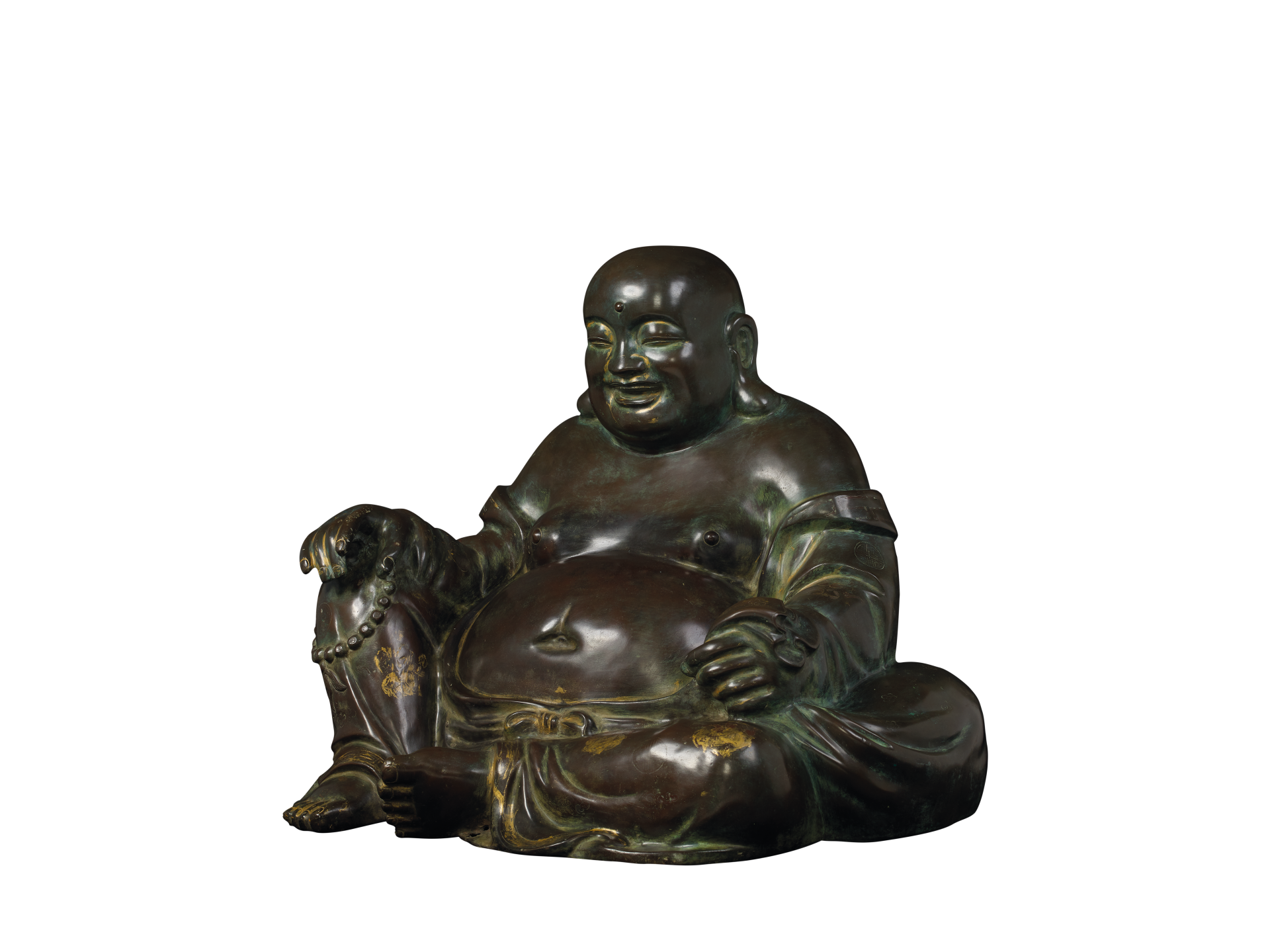 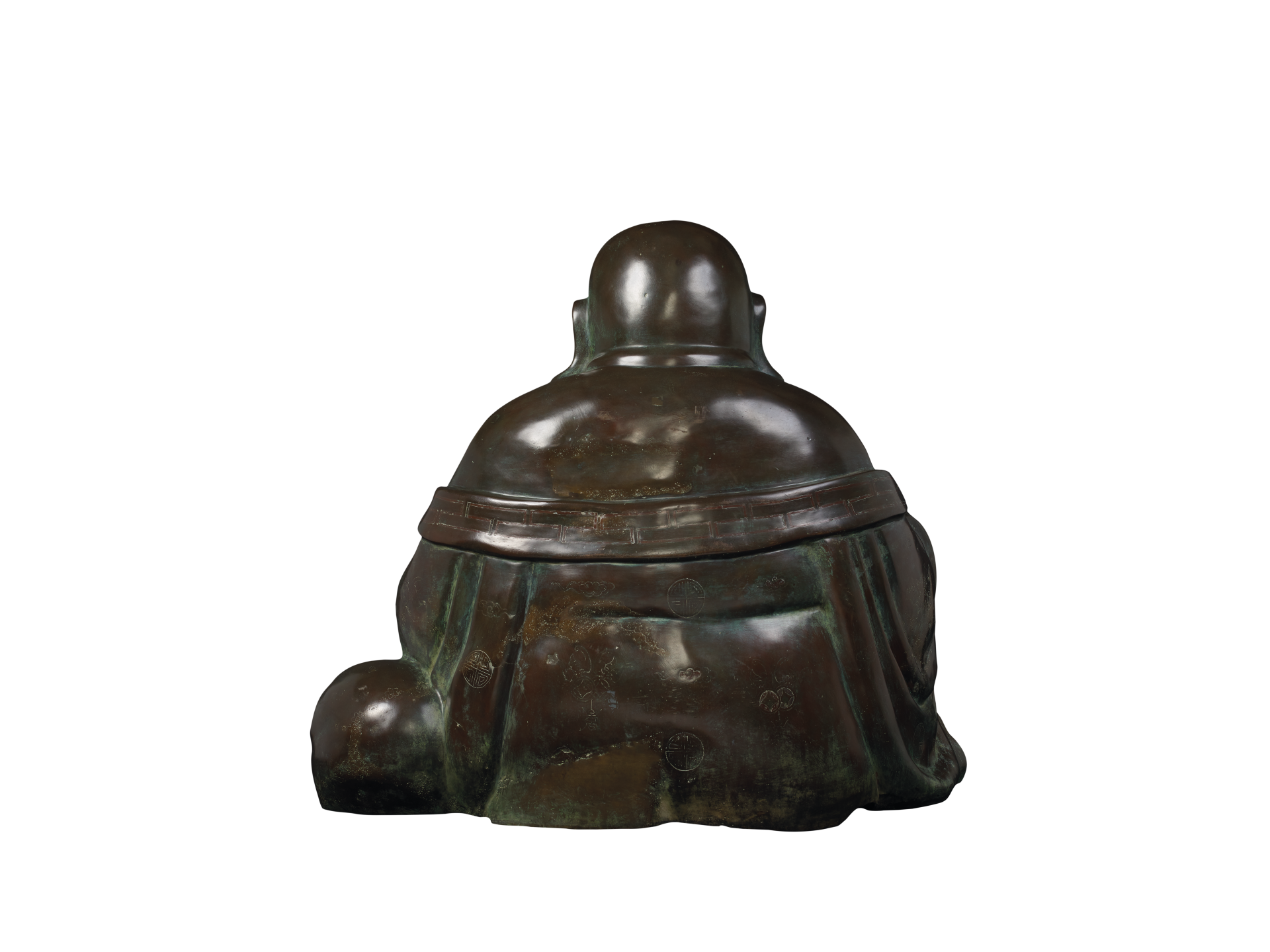 This Maitreya Buddha statue, with the shaven bhikṣu head and belly, is an image that prevailed after the Song dynasty. During the Ming and Qing dynasties (1368-1911), Maitreya was the principal deity enshrined in the outermost worshipping hall of a monastery, flanked by two of the Four Heavenly Kings (Lokapāla) on either side. The first hall was thus also called Maitreya Hall or Hall of the Heavenly Kings.

This statue has an oblong head, elongated ears with thick fleshy earlobes, long narrow eyes with relief lines defining the eye sockets, a low-bridge nose with wide nostrils, plump cheeks, a broad smile, and a heartily jolly countenance. The kāṣāya slides away from both shoulders, exposing his chest and belly. His right hand is placed over his knee and holding a strand of prayer beads, while his left hand is grasping the cloth bag by his side. He is seated in ‘relaxation posture’ (lalitāsana) on a pedestal which is a later replacement.

A chubby figure, this Maitreya Buddha looks like it does not have a neck between the plump head and the rotund torso. He also has puffy and drooping chest muscles, a belly as huge as a balloon, big hands and chubby legs. The kāṣāya is resplendently decorated, featuring key-fret borders along the collar and hemline. The surface of the robe is also painted with auspicious motifs showing double bats holding coins in their mouth, flowers and ruyi-shaped heavenly clouds. The surface of the statue was originally gilded but the gilt has largely come off, exposing the reddish brown colour of the bronze. Only traces of gilt remain in the relatively deeply chiselled areas.