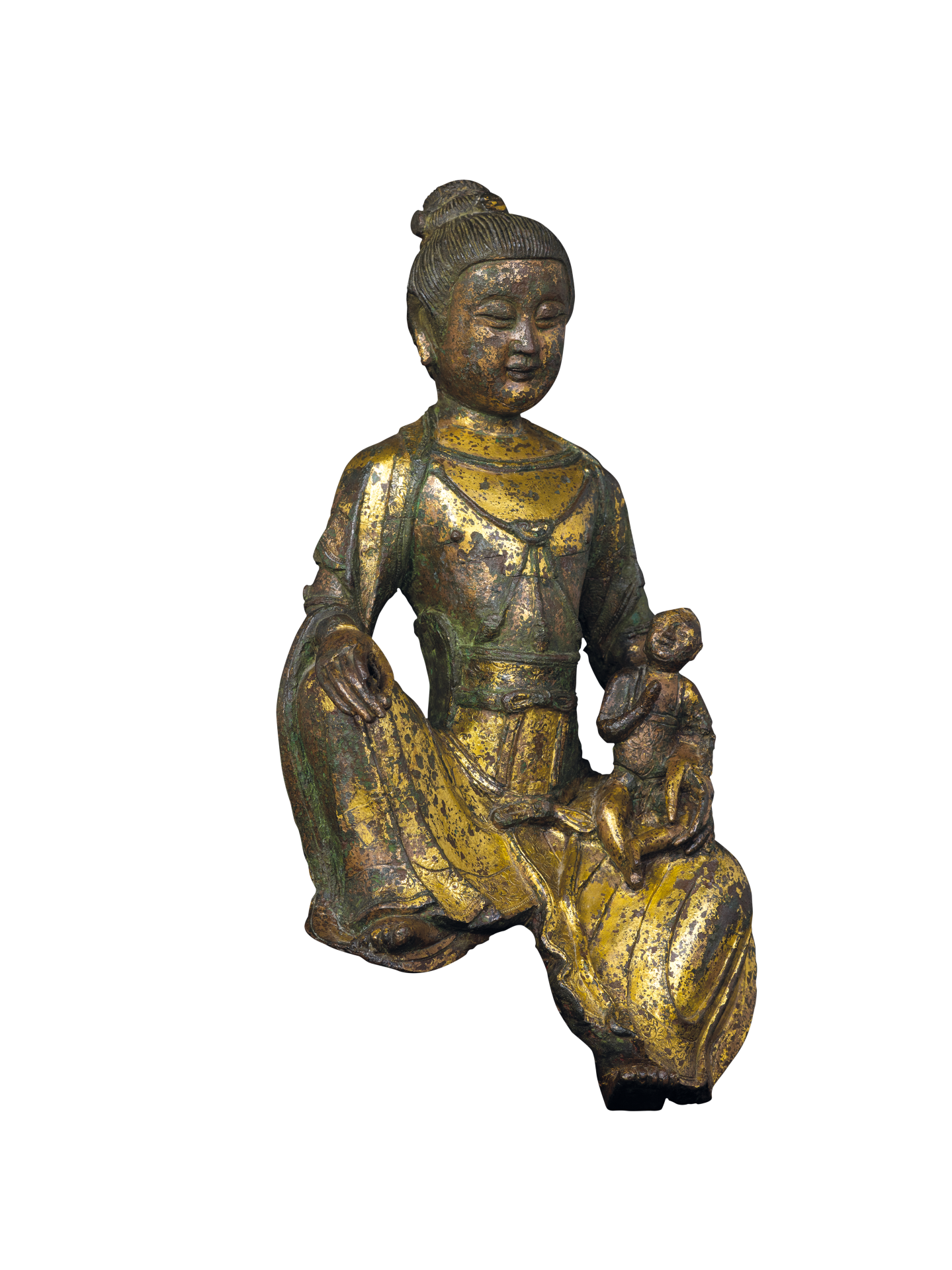 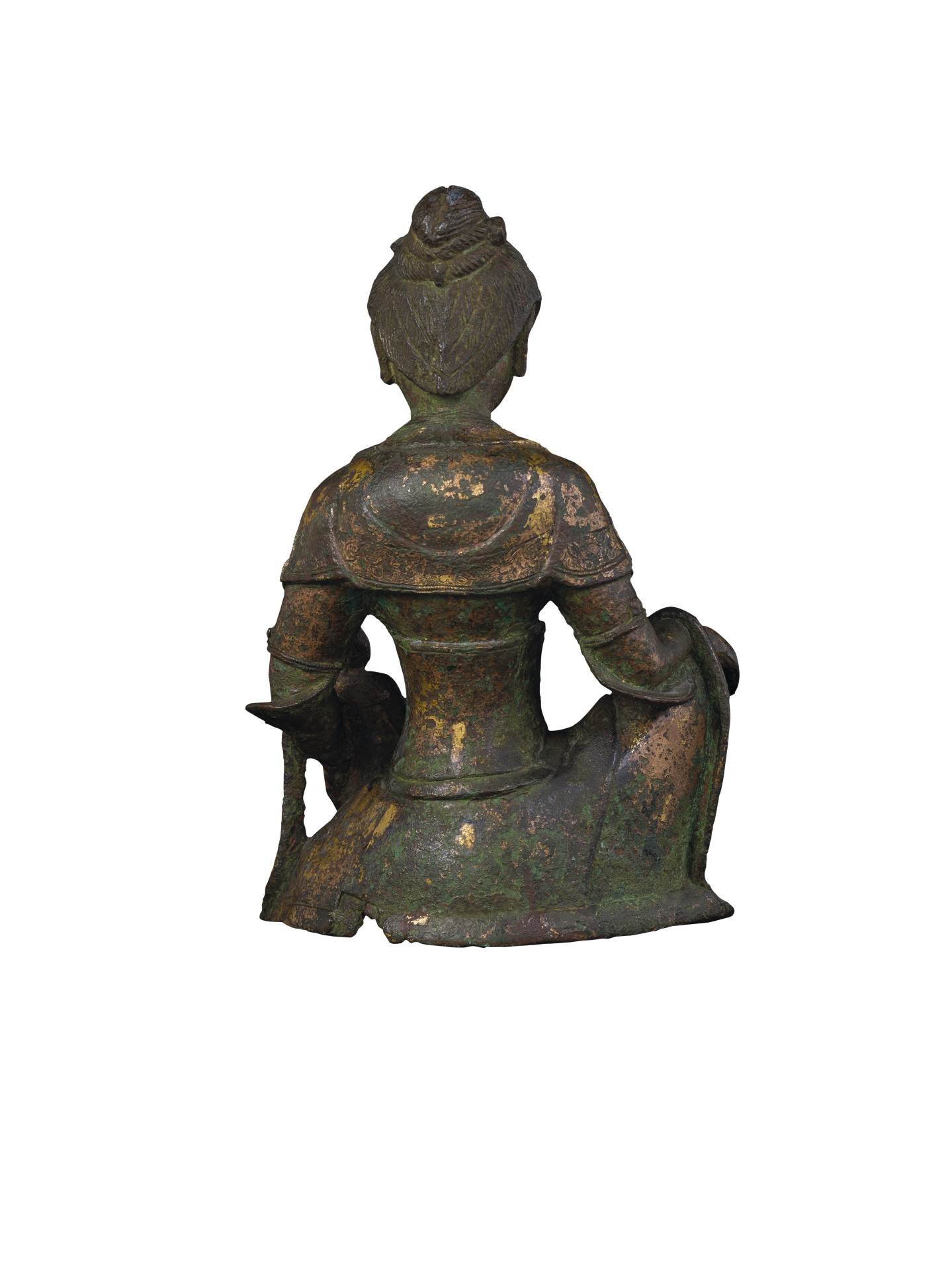 The Child-Giving Guanyin, typically in the form of a woman cuddling a baby boy, is also one of the ‘responsive manifestations’ of this Bodhisattva. The iconography is derived from the chapter on “Universal Gateway of Guanyin Bodhisattva” in the Lotus Sutra, which says that if someone seeks a son or a daughter worships and prays to Guanyin devoutly, the wish will be fulfilled. The notion of Child-Giving Guanyin already existed in the Northern and Southern Dynasties (420-589 CE). By the Song dynasty (960-1279 CE), this kind of tales and their effectiveness became even more widespread, further heightening the development of this belief. Iconography related to the Child-Giving Guanyin also came to exist.

This Guanyin statue has an oval face, hair rolled into a bun with strands of hair minutely depicted, a mildly pointy chin, plump cheeks, half-open eyes, a broad flat nose, slightly parted lips with gently lifted outer corners hinting a smile, and the countenance of a kindly and loving mother. However, the exposed upper body shows a flat chest, maintaining the characteristic male body of Guanyin. A shawl drapes around the shoulders. The strings of beaded jewellery comprise a long and a short necklace. The long one has a ruyi-cloud shaped pendant from which issue three beaded strands terminated in bud-shaped pommels, hanging down the abdomen. The style is reminiscent of imperial Tibetan Buddhist statuary produced during the 15th century.

The Bodhisattva is seated leisurely with the right leg lifted and the right foot resting on the base, while the left leg hanging down. The right wrist is resting on the right knee, whereas the left hand is cuddling a baby boy sitting on her lap. The Bodhisattva also has a flat solid chest that is slightly leaning forward, sloping round shoulders, a bulging belly and a narrow waist. The lower body is wrapped in a long skirt hiding the shape and muscles of the legs. The portrayal of the feet is quite crude, forming a contrast with the delicate long fingers. The boy in the Bodhisattva’s arm has a plump round head, a small body wrapped in a dudou-apron incised with lotus motif, and a fond and naive expression.