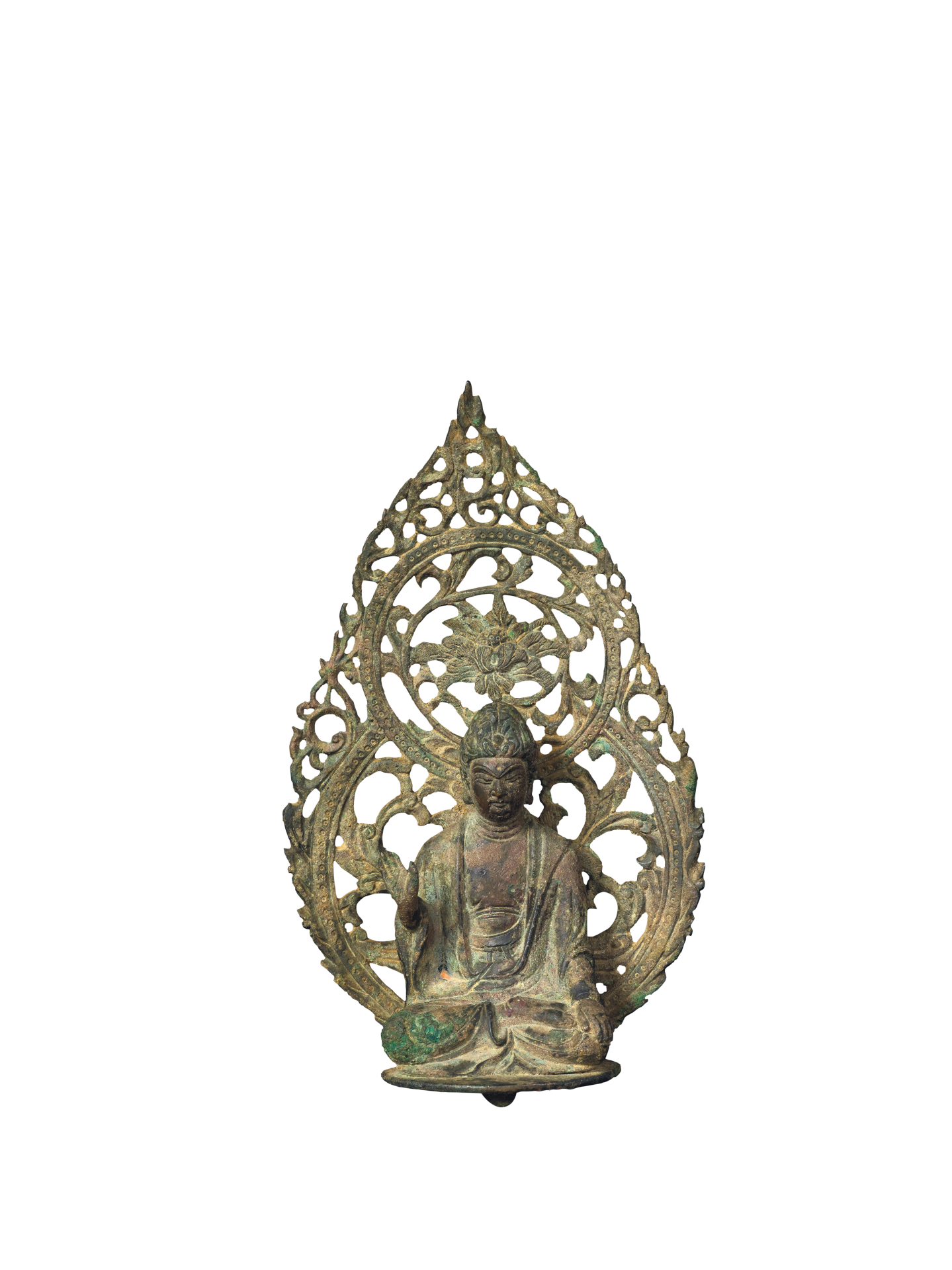 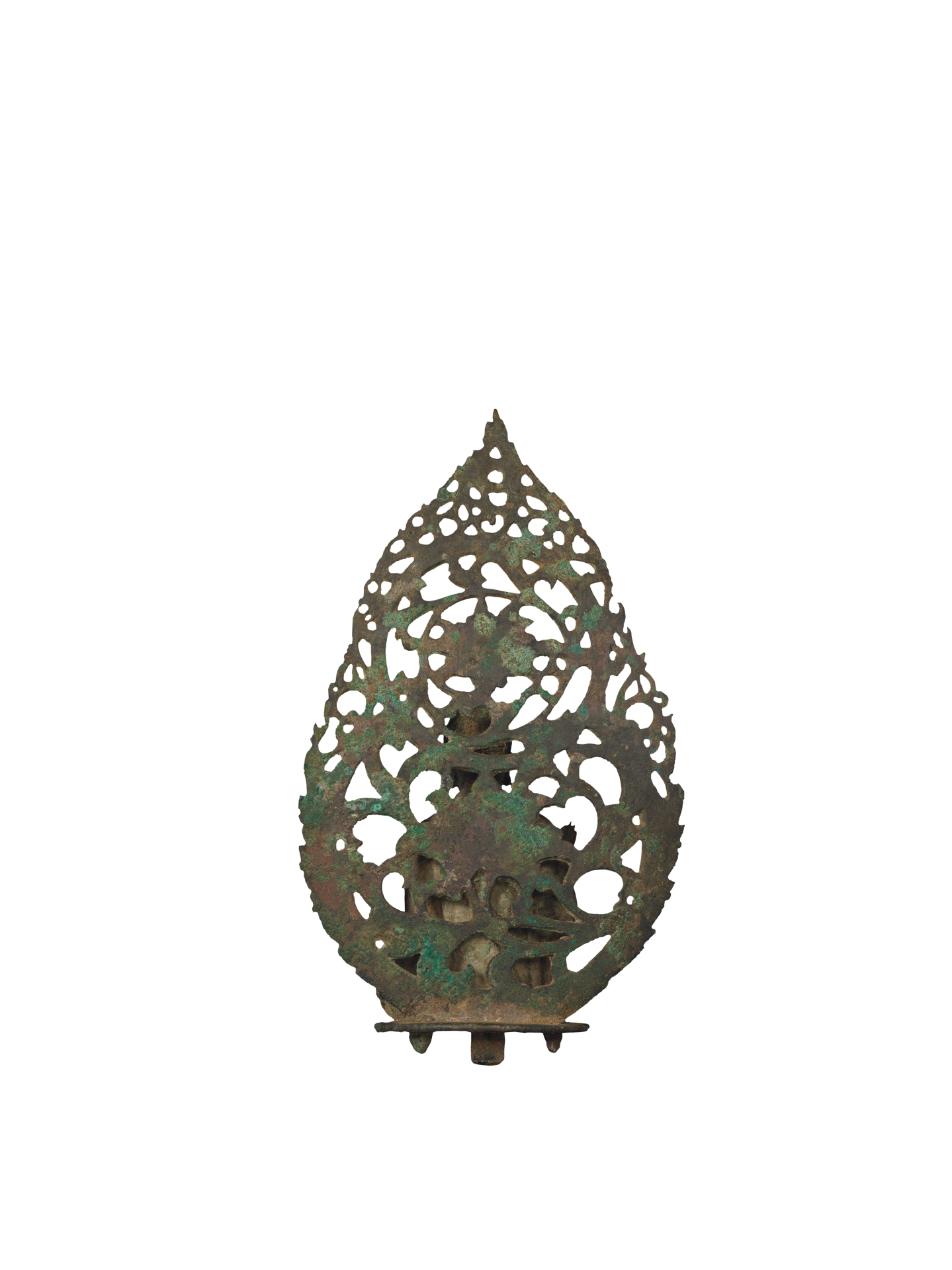 Interestingly, the statue’s pedestal is missing. The seated Buddha has an elongated face, a tall uṣṇīṣa, big wavy hair with a gem set at the front, well-spaced facial features, an ūrṇā in the middle of the forehead, long narrow eyes with drooping corners, a high straight nose, plump cheeks and a majestic countenance. He wears a kāṣāya with collars hanging down both shoulders, over an undergarment (saṃkakṣikā). He is seated with legs locked in ‘lotus posture’ (padmāsana), with the right hand in ‘fearless gesture’ (abhayamudrā) and the left hand with palm down resting on his knee.

He has a robust and upright build, broad solid shoulders and thick chest muscles. The drapery is fluidly and spontaneously rendered. The turns and layering of the fabric are meticulously treated. Although this statue still bears the realism typical of Tang statuary, the body is less robust, which conforms with the Five Dynasties (907-979 CE) and early Song aesthetics.

From the Five Dynasties onward, since copper was largely used for minting coins, gilt bronze statuary drastically reduced in number. However, this gilt bronze seated statue is noted for its well-preserved condition, crisply cast decorations, perfect shape, as well as an elaborate and splendid mandorla. It is a rare legacy of the bronze statuary of the Five Dynasties and Northern Song.