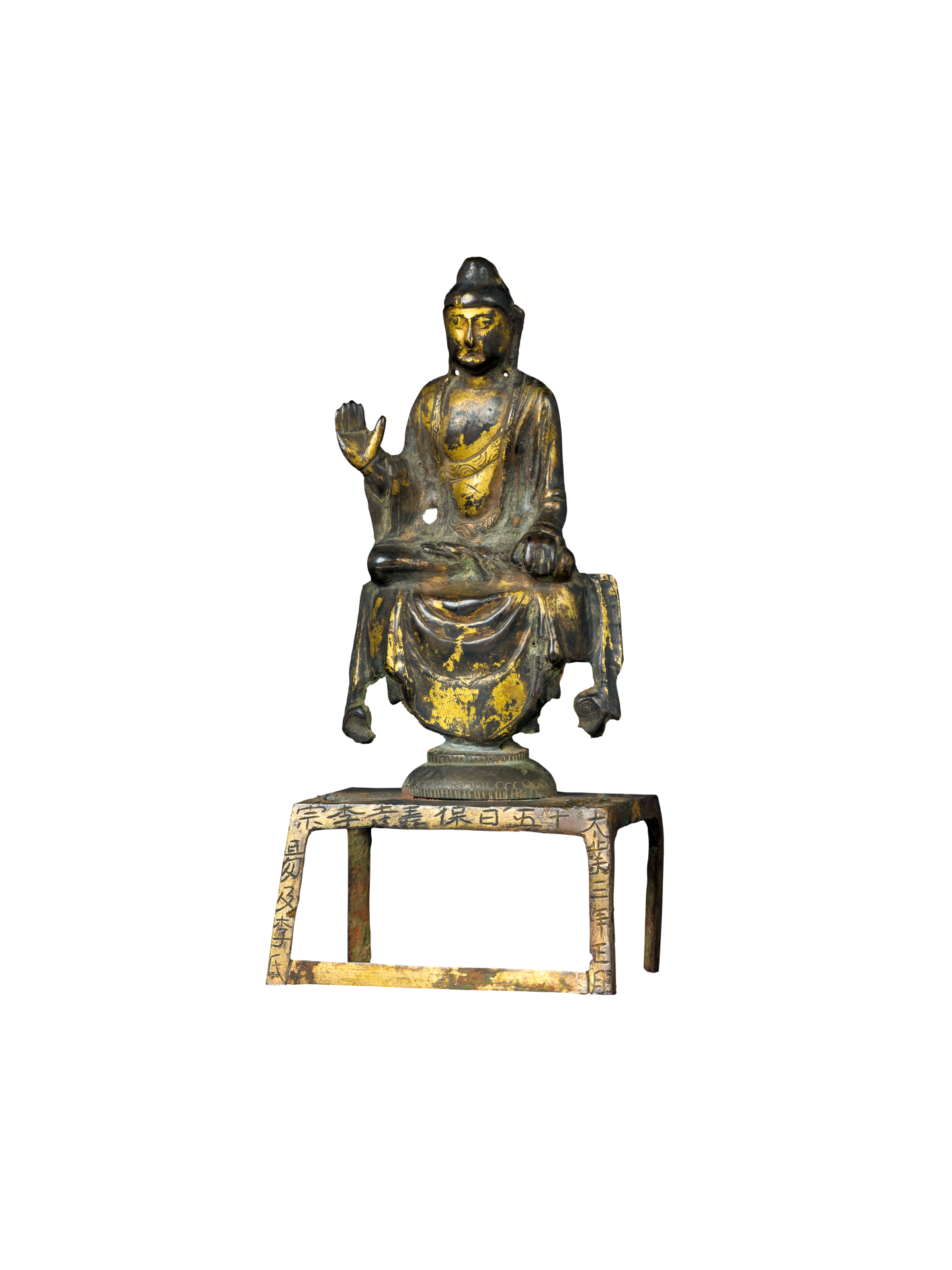 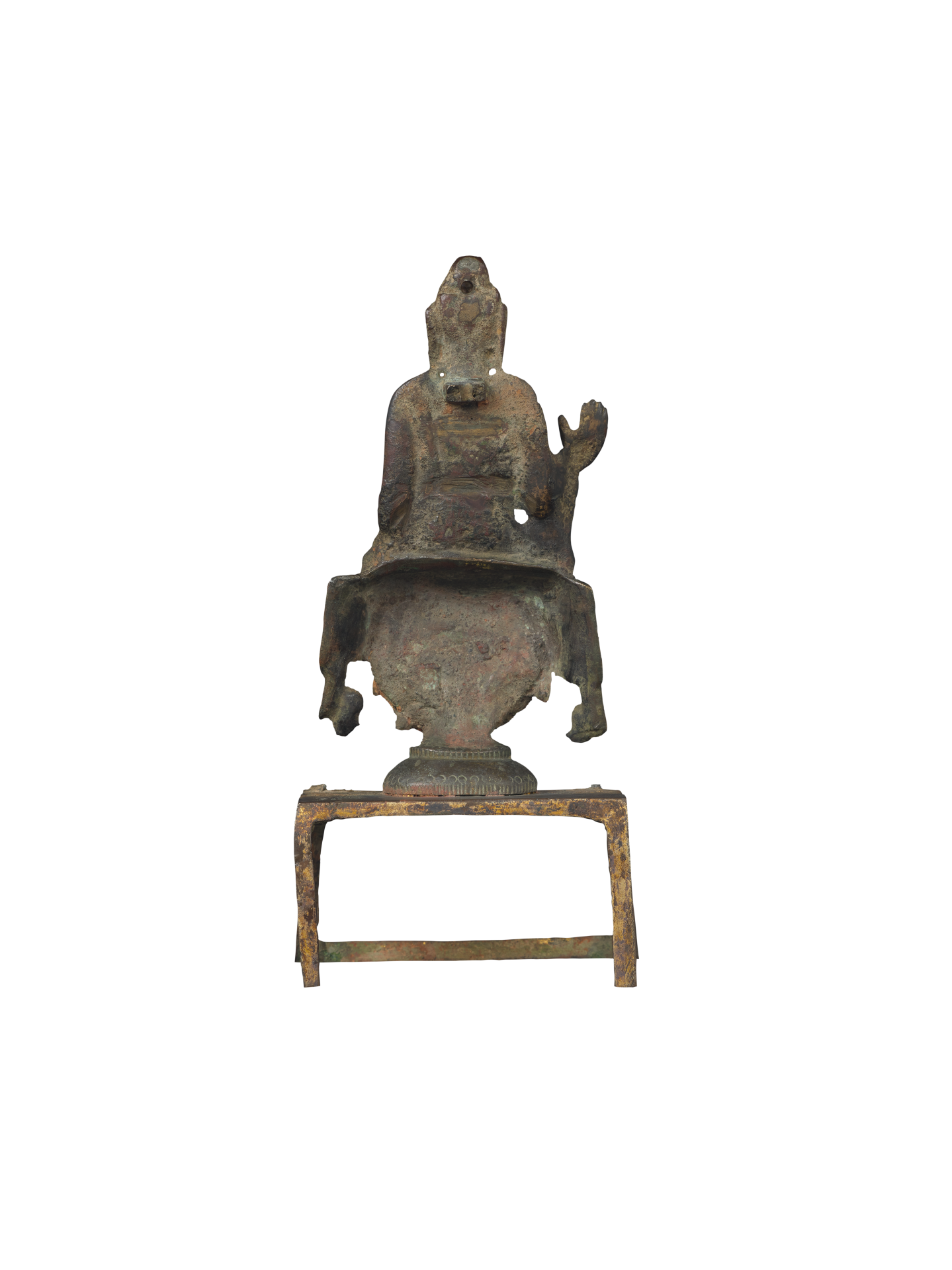 This seated Buddha has a tall uṣṇīṣa, a round face with plump cheeks, long narrow eyes and a majestic countenance. He has a robust build with squarish broad shoulders, a thick solid chest and a narrow waist. He wears a kāṣāya with collars hanging down from both shoulders, over an undergarment (saṃkakṣikā). He is seated with legs locked in ‘lotus posture’ (padmāsana) on a stepped pedestal; his right hand in ‘fearless gesture’ (abhayamudrā) and his left hand placed upon the knee. He has slightly oversized hands, thick fleshy palms and stocky knuckles. The collar of the robe is bordered with chiselled wave motifs while the lower part spreads over the entire upper surface of the pedestal and drapes over the edge in succinct and fluid folds.

The elevated pedestal is set upon a square stand. The votive inscription engraved along the front edge of the stand tells that this statue was commissioned in the 3rd year of the Daye reign (607 CE) of the Sui dynasty (581-619 CE) by Li Zongyi and other donors associated with the Baoshou Monastery. The two perforations on the upper surface of the stand close to the front edge should have been inserted with images of Bodhisattvas or disciples which are now missing.

This statue has a more robust build than Sui statuary (581-619 CE), as the drapery also looks more fluid from the chiselled wavy motifs usually appear on Tang (618-907 CE) rather than Sui statuary. It is therefore believed to be a Tang work. However, the vigorously executed votive inscription on the stand does not appear to be a later forgery. Thus, it is highly probable that the piece is the later marriage of a Tang statue and a Sui stand.