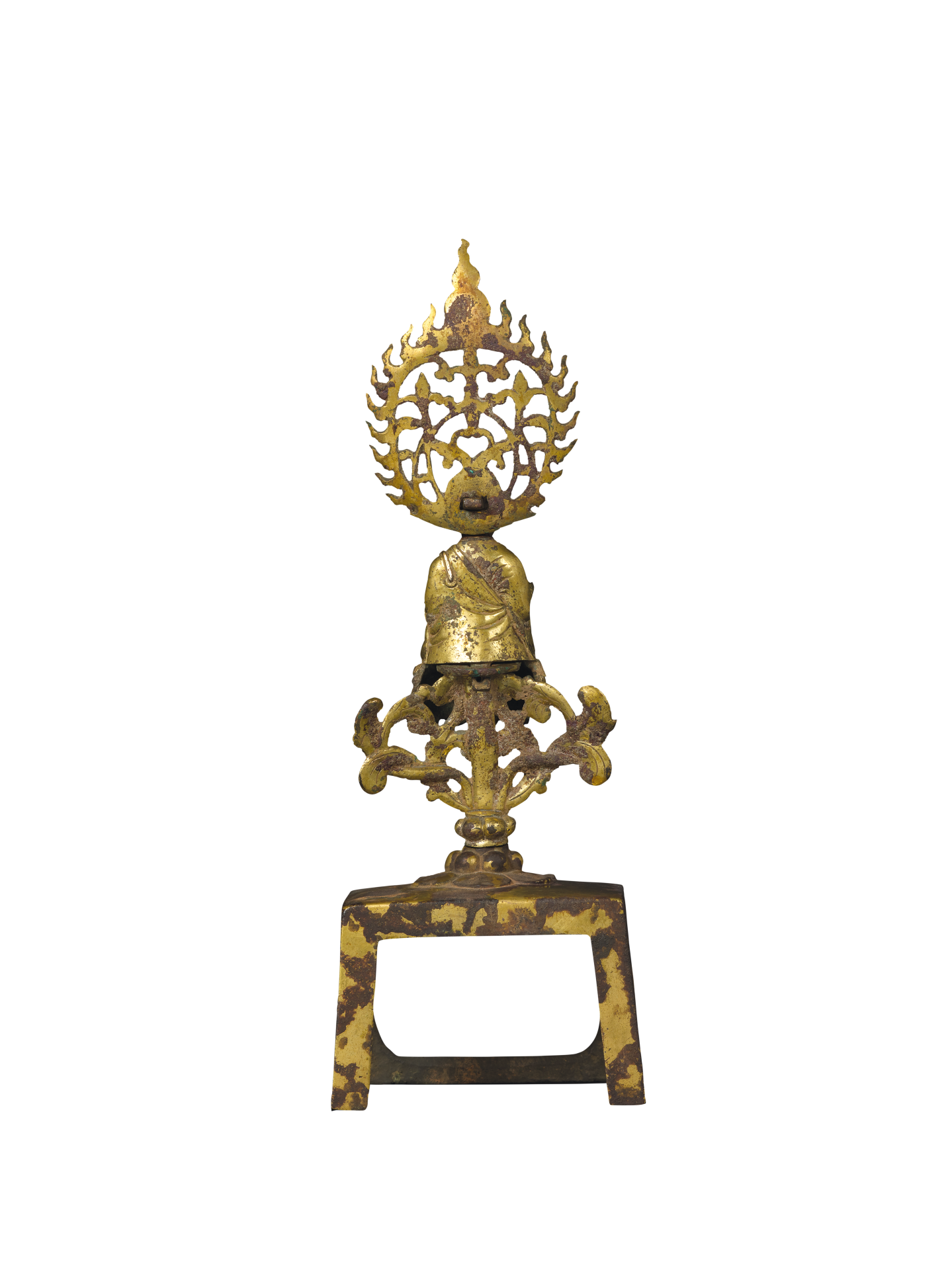 The nimbus, the Buddha, the lotus pedestal and the stand of this gilt bronze statue are separately cast. Not counting the nimbus which is a later replacement, all other parts are very well-preserved and meticulously assembled. The gem-like openwork nimbus showing a slight curvature when viewed from the side is decorated with floral and foliate motifs within a flaming border, surmounted by an image of the Amitābha Buddha.

The seated Buddha central to this statue has a moon-like round face, a majestic and compassionate countenance, a plain uṣṇīṣa, and eyes and eyebrows delineated by incised arcs rendered in different depths to create more linear variations. The Buddha has a robust build and a thick solid chest. He wears a kāṣāya over an undergarment (saṃkakṣikā). He is seated with legs locked in ‘lotus posture’ (padmāsana); his right hand in ‘fearless gesture’ (abhayamudrā) and his left hand placed over his knee. The robe is so long that apart from fully wrapping the legs, its lower part also drapes generously around the front edge of the pedestal.

The drapery is fluidly rendered in vivid relief, and rhythmically spaced. Despite the apparent weightiness of the fabric, the bodily structure underneath is clearly revealed. The base is made up of a lotus pedestal upon a stand. The top centre of the square stand features a relief lotus with a central perforation to facilitate the insertion of the lotus pedestal. The pedestal is in the form of trifurcated lotus stalks rising from the central lotus rosette; the left and right stalks terminating in lotus buds while the middle one has a small blossom at the base and an upper part hidden under the ponderous robe. The pedestal is similar in style to the ‘lotus stalk’ pedestal prevailed in Chang’an and Luoyang during the early Tang dynasty (618-907 CE).