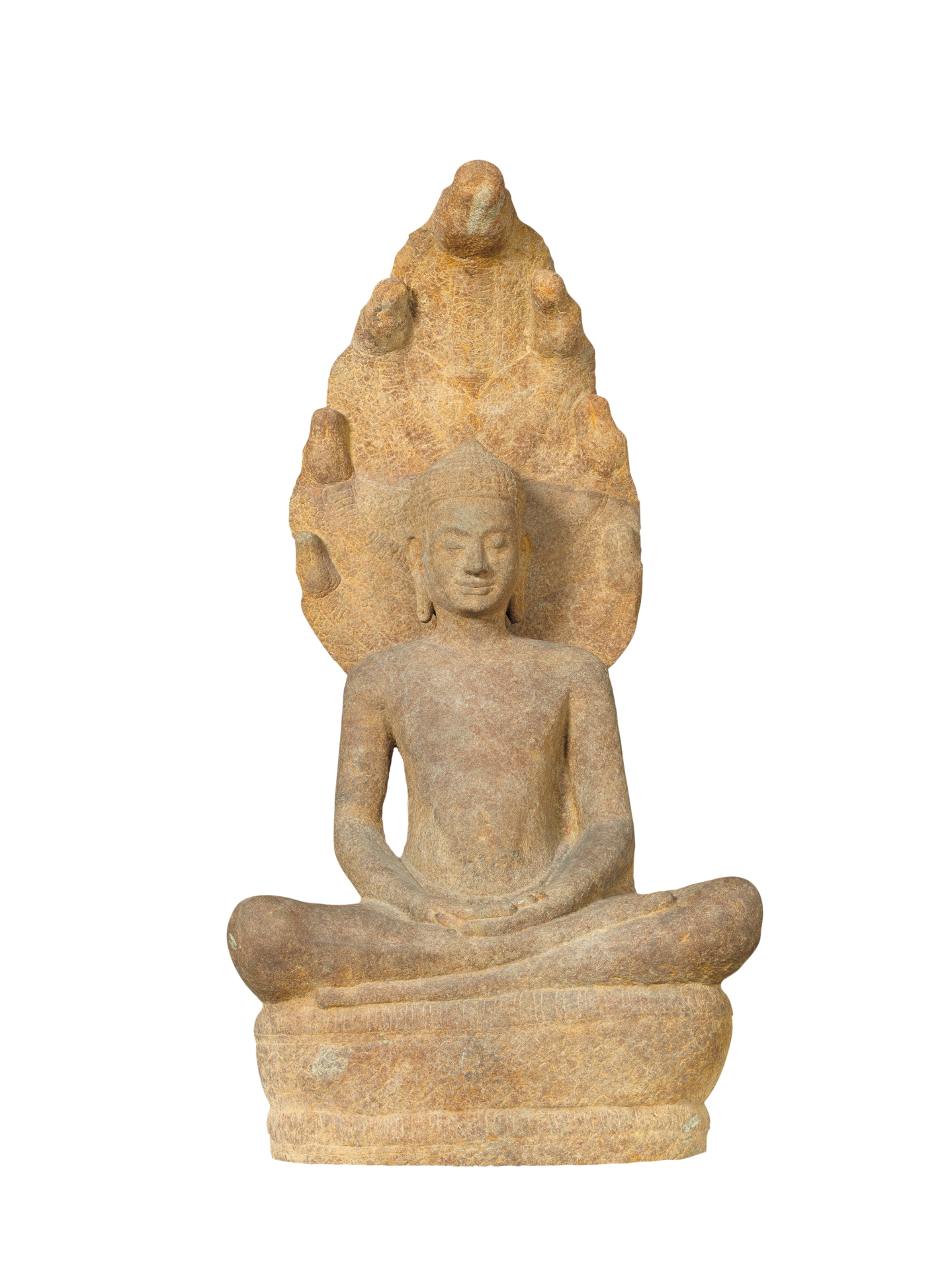 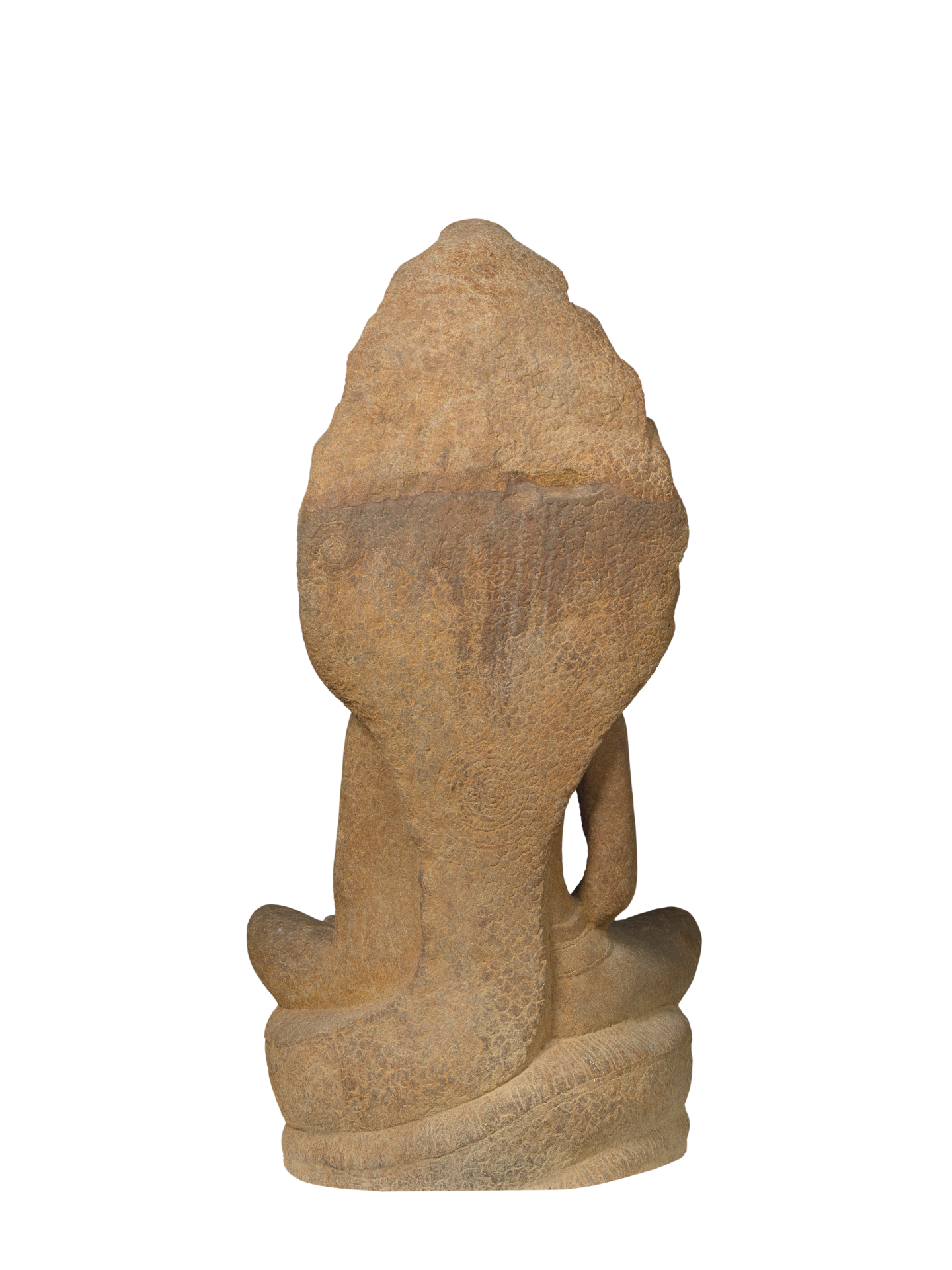 The Nāga King’s iconography protecting Śākyamuni has its origin in the life stories of the Buddha. When the Buddha was in deep meditation under the Bodhi Tree in Bodh Gaya, a violent storm broke out and continued for seven days. On seeing this and fearing that the Buddha might get hurt, Mucilinda the Nāga King left his abode and wrapped seven coils around the meditator. He also transformed his serpent head into multiple hoods and spread them above the Buddha’s head to protect him. Other Nāga kings also came from all directions to provide shelter until the storm subsided after seven days. Then the Nāga kings prostrated to the Buddha and returned to their respective abodes.

This statue has an elongated oval face, a low conical uṣṇīṣa, tight snail-like curls and pierced elongated ears. The absence of crown and ear ornaments is an innovative iconography of the Buddha statuary of the Bayon period (12th-13th century) of the Khmer Empire. The statue has a broad forehead, well-proportioned facial features, gently contoured skin surface, slightly opened eyes, broad nose nostrils, broad thick lips, and a smiley countenance revealing serenity and compassion.

His body is plain and smooth, apparently without any clothing. His hands, one on top of the other, are placed on his feet in ‘meditation gesture’. He is seated with legs locked in ‘lotus posture’ (padmāsana) on the mass formed by the coiled body and tail of Mucilinda. Seven hooded heads rear up from behind to provide him shelter. The frontal head that rises highest in the middle is flanked by three heads on either side to provide all-encompassing protection to the Buddha. The features of Mucilinda are portrayed in bas-relief on the slab behind the Buddha. The physical details and the scales are delineated by incised lines. The primary role of the Buddha carved in the round and the supportive role of the Nāga King rendered in bas-relief are harmoniously represented.