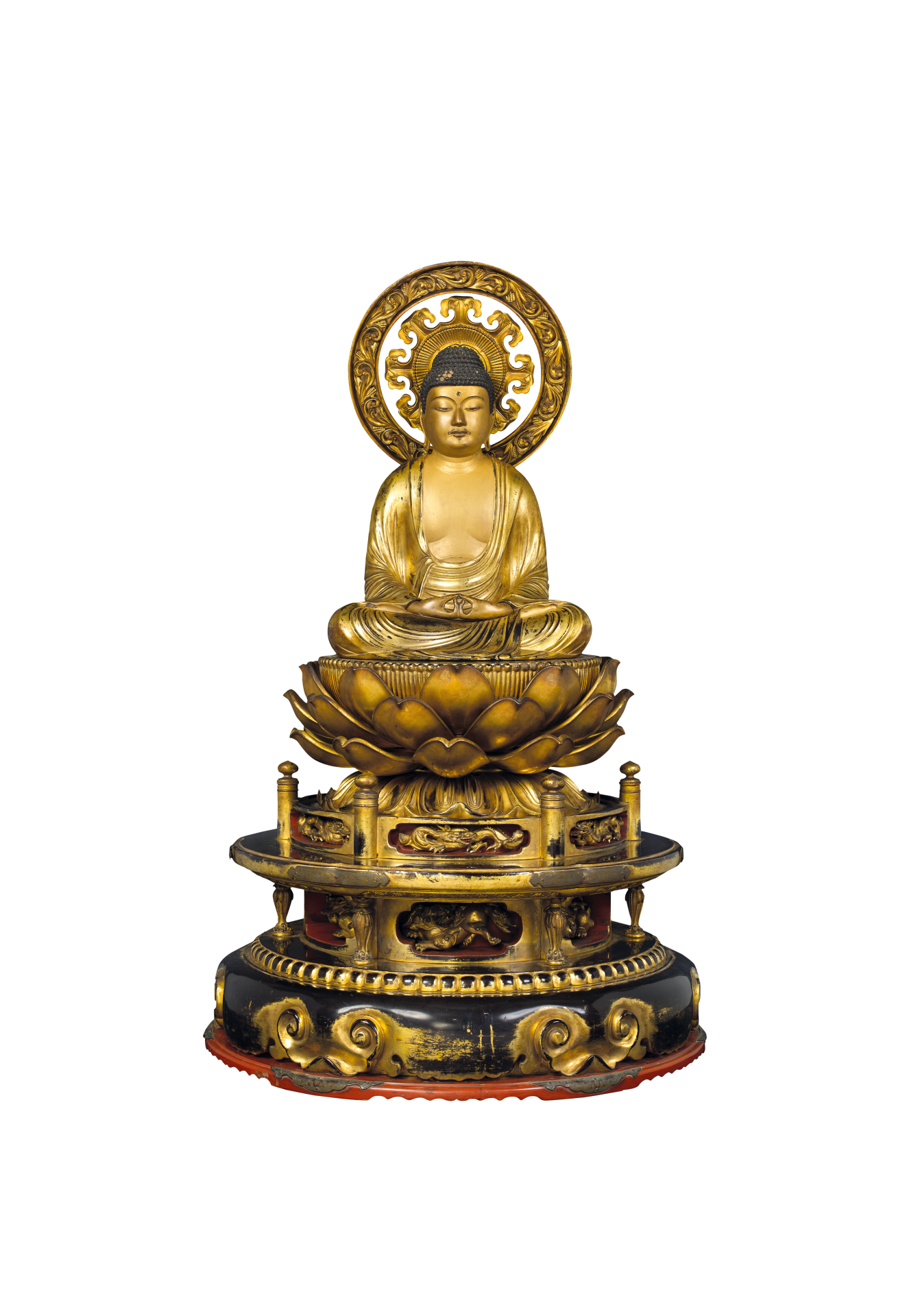 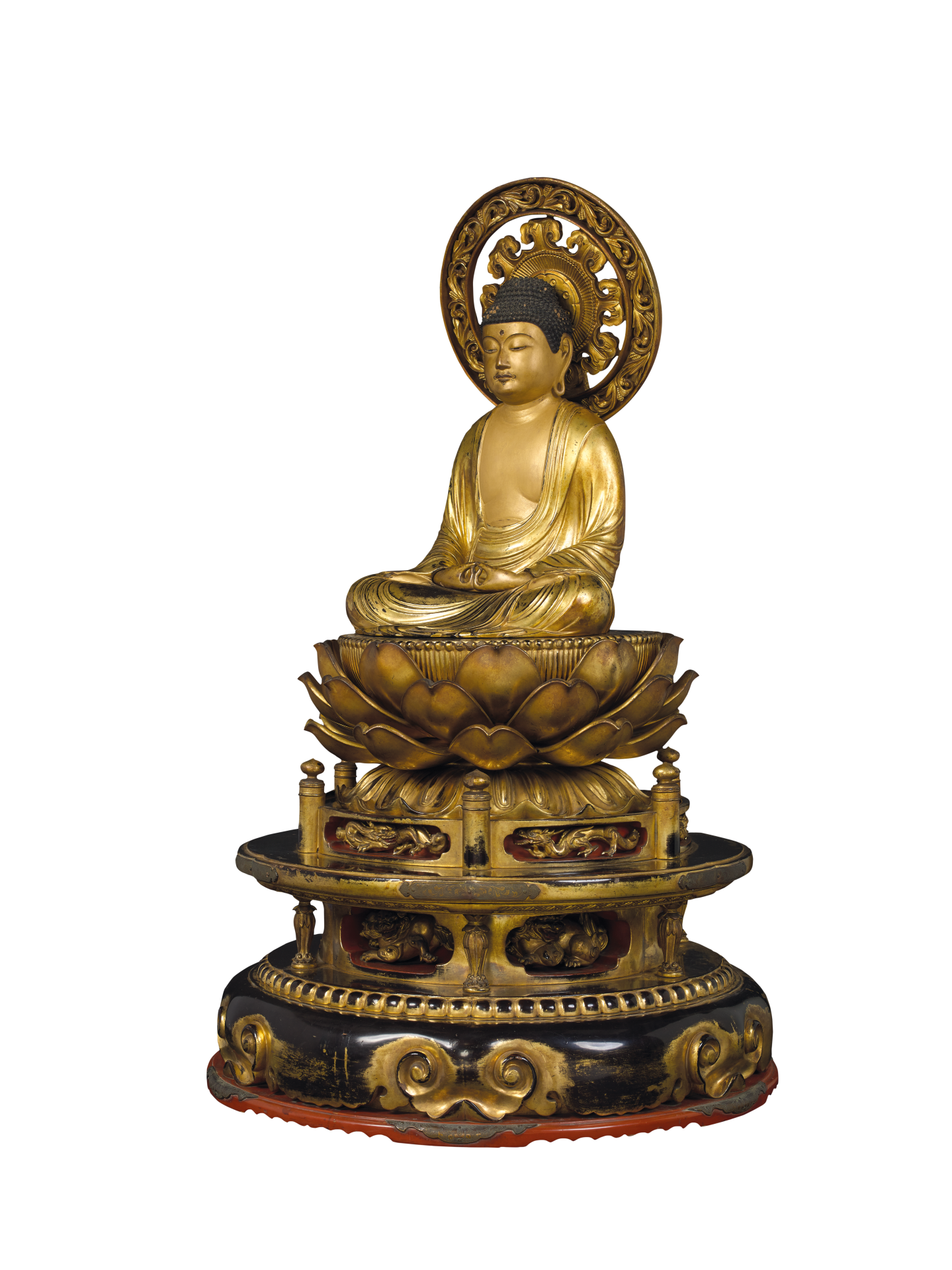 This Amitābha statue has an oblong face with plump cheeks, a prominent uṣṇīṣa, tight snail-like indigo curls, pierced elongated ears, an ūrṇā between the eyebrows with the gem set into it missing; well-spaced facial features, fine arching eyebrows, quite shallow eye sockets, downcast eyes; the eyebrows and a curly moustache delineated in black, as well as a solemn and majestic countenance.

Amitābha’s hands are in ‘Amitābha meditation gesture’ symbolising rebirth in “the upper grade of the superior class”. He wears a kāṣāya with collars hanging down both shoulders, baring his chest. He is seated with legs locked in ‘lotus posture’ (padmāsana) on a pedestal. He has a strong solid build, broad round shoulders, sagging chest muscles, and a relatively low chest line above a slightly protruding belly. The drapery appears even more formalised than Kamakura statuary, with most folds fashioned as parallel catenaries. The folds are fluidly and dense but the fabric appears quite thin. The ridged lines around the legs and the wavy pleats formed by the hemline resting against the surface of the pedestal are extremely decorative.