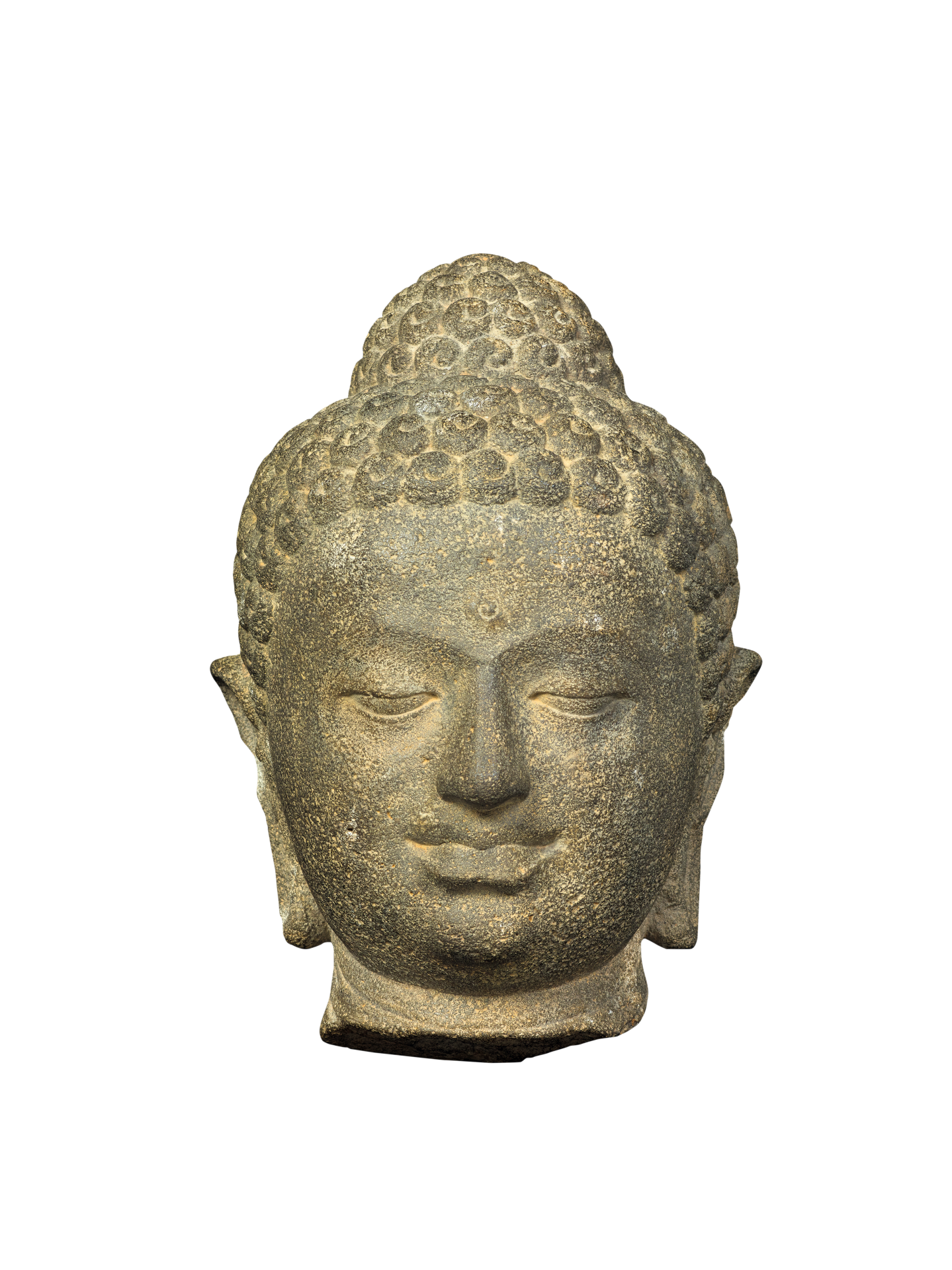 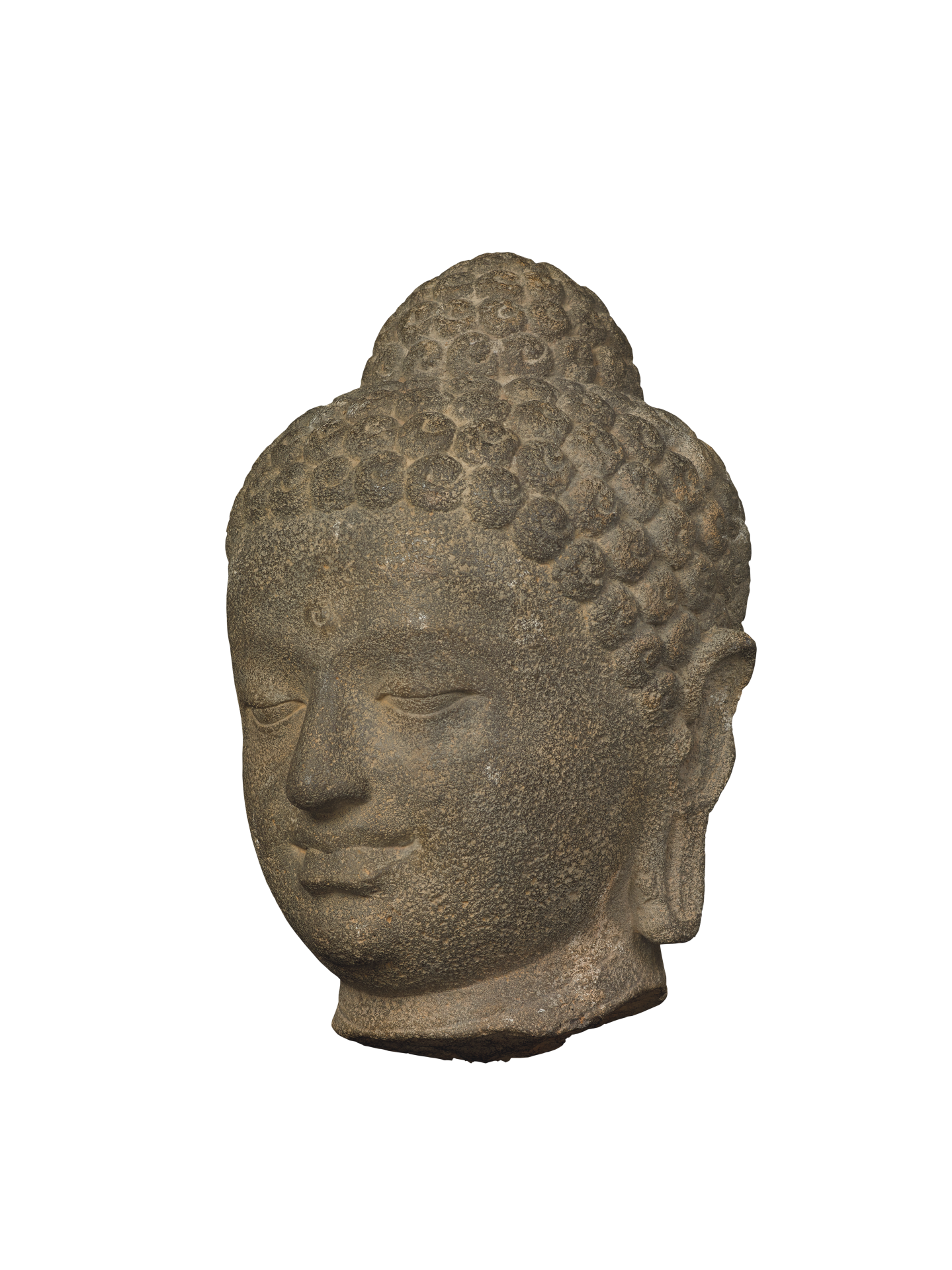 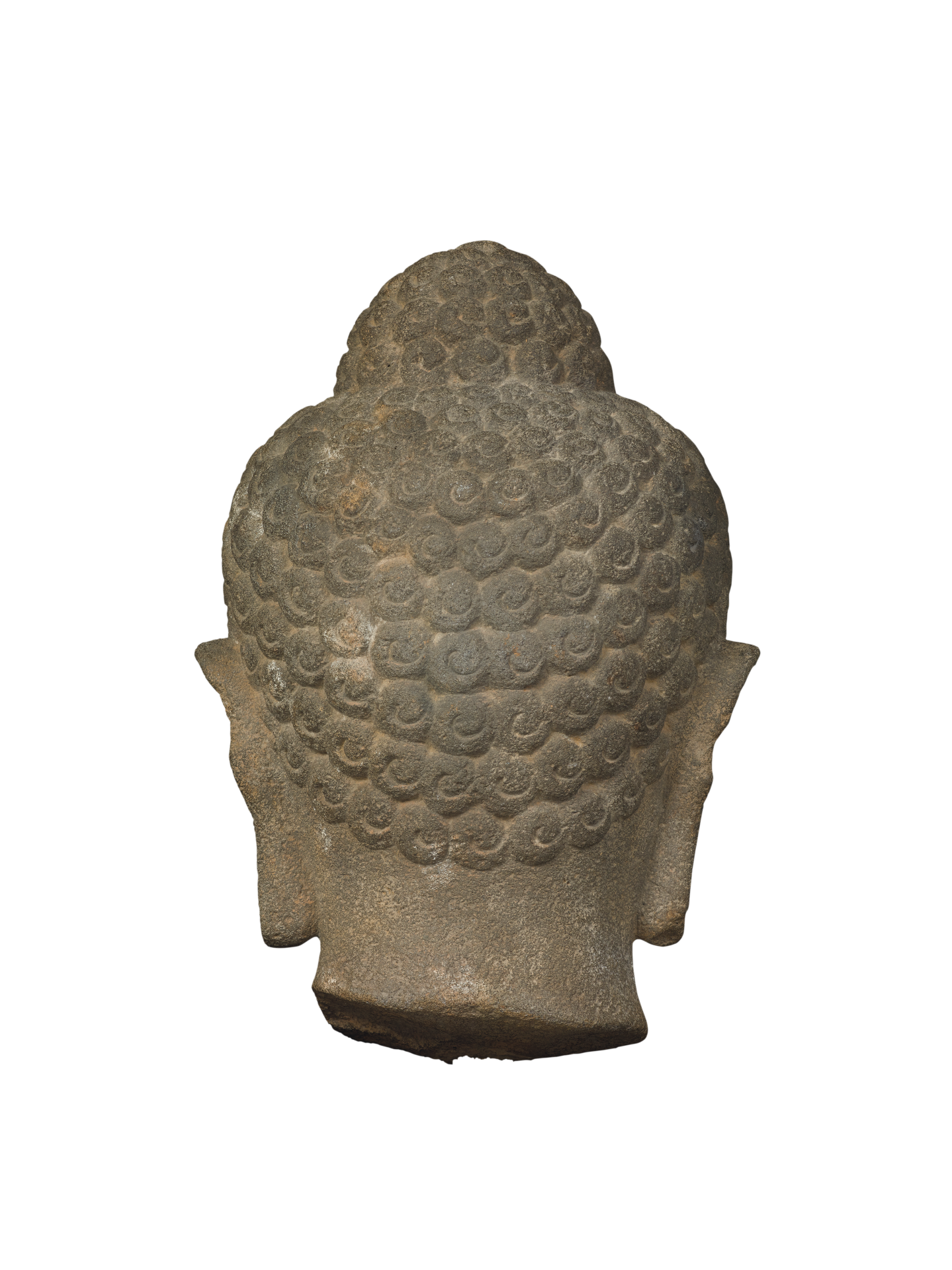 Buddhism in the Indonesian Archipelago began around the beginning of the 5th century. Theravada Buddhism was initially spread to the region in the initial stage. The 7th to the 11th century was the golden period of Indonesian Buddhism. Many royal houses including that of Śrīvjaya state (7th-13th century) in Sumatra and the Śailendra dynasty (circa 750-929 CE) in Java were followers of Mahāyāna Buddhism. This religion thus prospered under royal patronage. Śrīvjaya even became the centre of Mahāyāna Buddhism in Southeast Asia.

This Buddha oval-shaped head is carved from volcanic rock, has an elongated face, tight snail-like curls, a uṣṇīṣa of gentle conical shape, a broad forehead, wide-set facial features, slightly protruding brow ridges, a spiral-like ūrṇā between the eyebrows, gently articulated face contour, downcast eyes with thin eyelids and shallow eye sockets, a broad nose with rounded tip and rich powerful lips. The characteristic facial features of the Javanese people are distinctly represented. The Buddha’s tender and serene countenance, especially his lifted outer corners of his mouth, conveys a sense of kindliness and delight. This head is very similar in style to the Buddha heads in the Borobudur Temple constructed in the mid-9th century. It is a fine example of 9th century Buddhist statuary during the Śailendra dynasty.