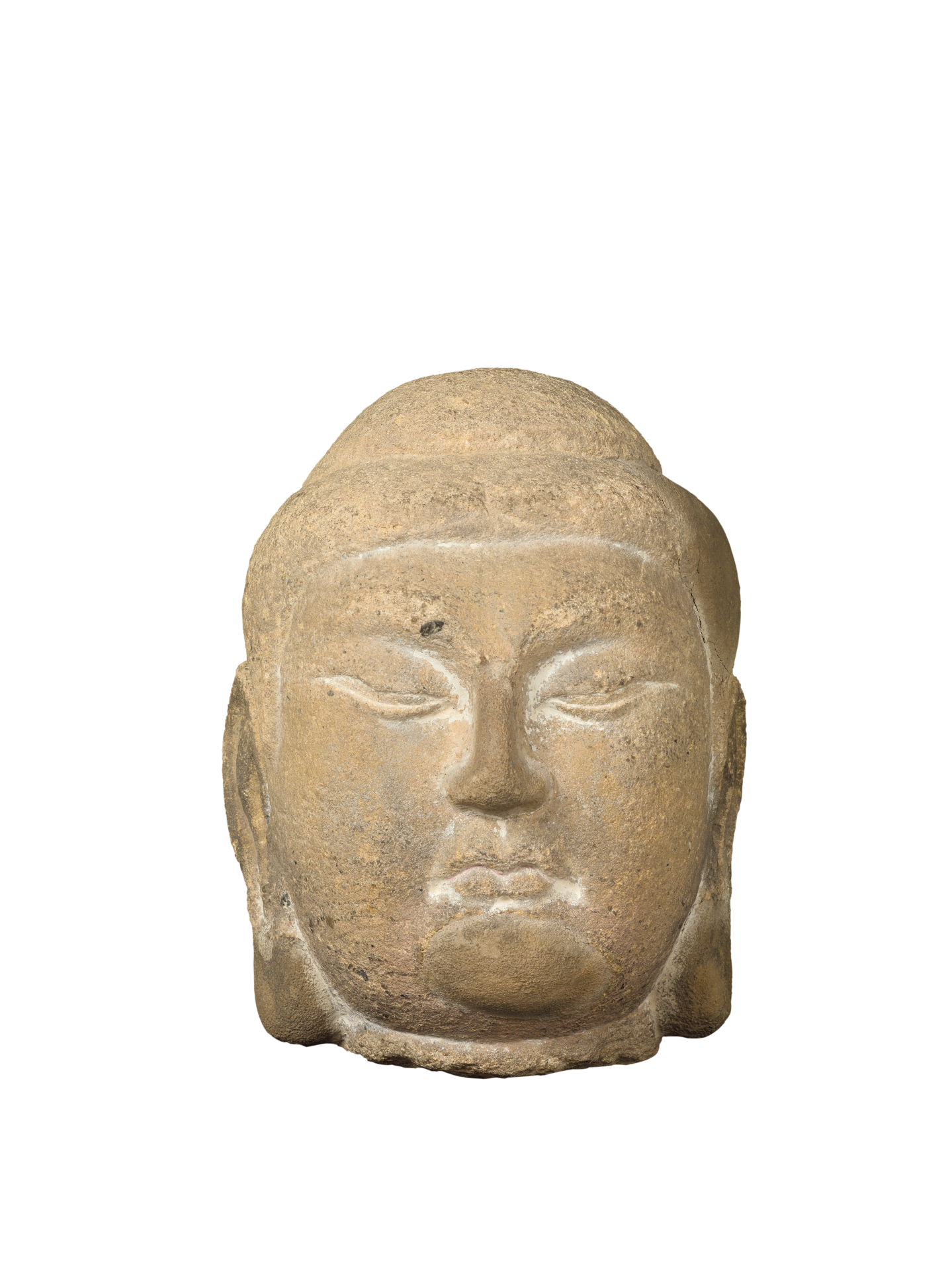 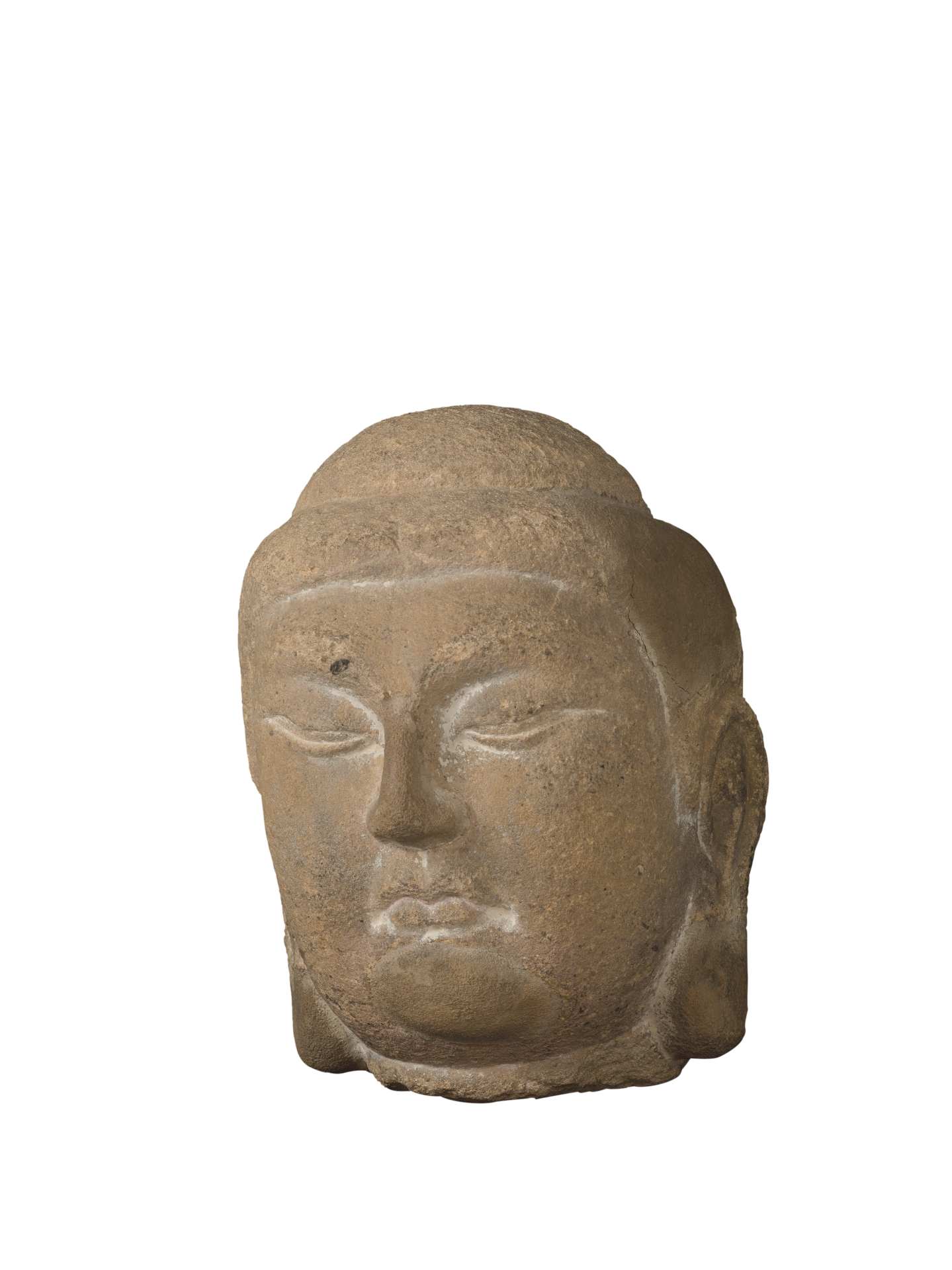 This Buddha head was originally belonged to the seated Buddha worshipped as the principal deity in a niche on the right wall of Tianlongshan Cave 1 in Shanxi Province, constructed in the Northern Qi period (550-577 CE). The cave is carved into the rock face of the eastern peak of Mount Tianlongshan. It comprises a front verandah imitating timber-structure architecture, and a main chamber with truncated pyramidal ceiling. The main chamber has niches carved on three sides. The Buddhas’ heads enshrined in them are all gone. The large niche with an arched opening on the right wall is carved with the one Buddha and two Bodhisattvas Triad. The statue’s body, to which this head belongs, still sits inside this cave.

This Buddha head has a slightly domed uṣṇīṣa, smooth plain hair, an oblong face with fleshy round cheeks, a low forehead, relatively close-set eyes with lifted outer corners and curvilinear upper and lower eyelids, lips with droopy corners hinting no smile, and a dignified and solemn countenance. The statue to which this head belongs, as seen inside the cave, wears a kāṣāya with collars hanging down from both shoulders, over an undergarment (saṃkakṣikā) held in placed by a girdle knotted in front of the chest. The status is seated with legs locked in ‘lotus posture’ (padmāsana) on a stepped pedestal. The right elbow is bent, and the right hand, possibly in ‘fearless gesture’ (abhayamudrā), is gone. The missing left hand was likely to be in ‘wish granting gesture’ (varadamudrā). The statue has a robust build with thick broad shoulders, a stout flat chest and a slightly protruding belly.