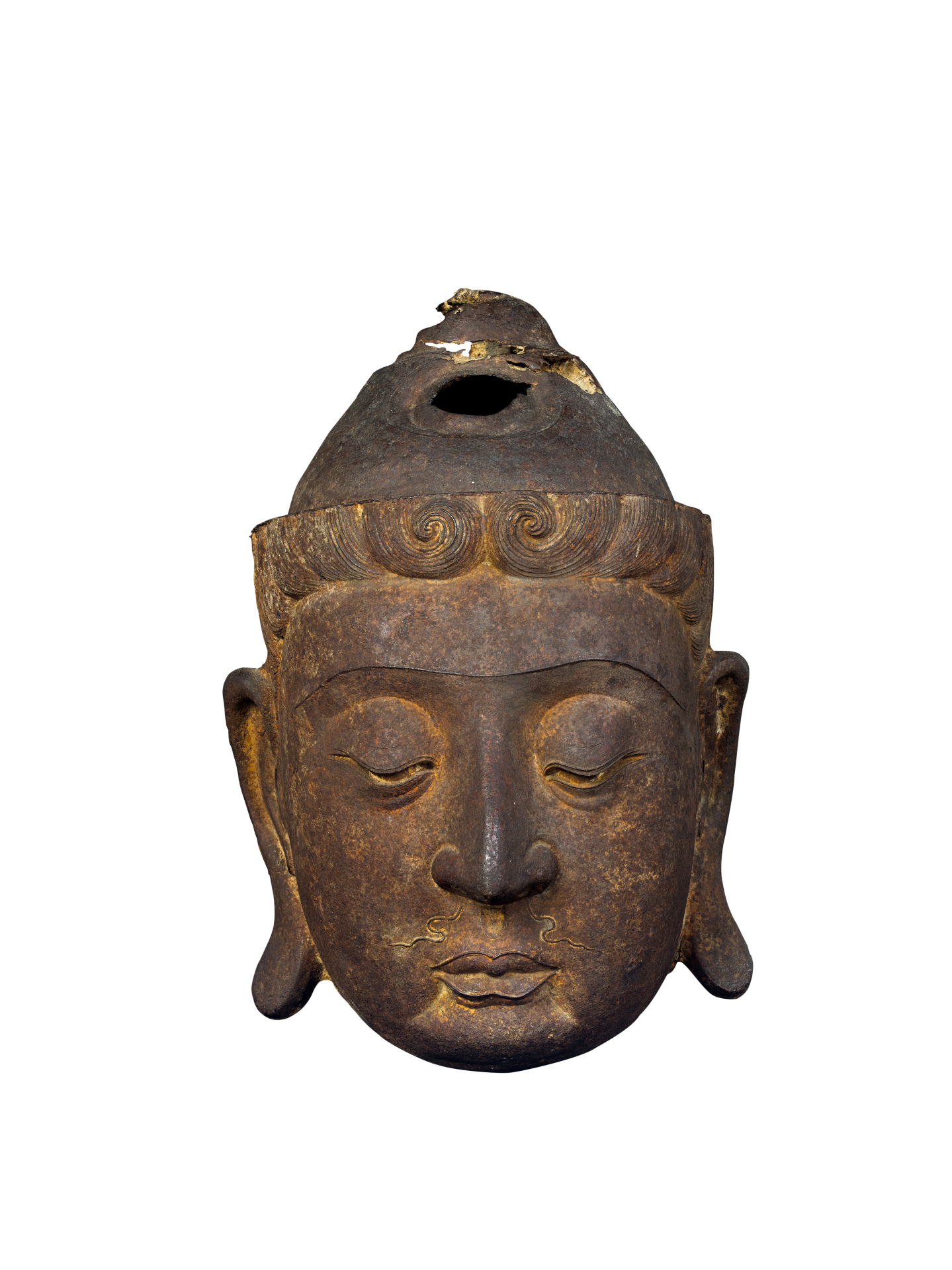 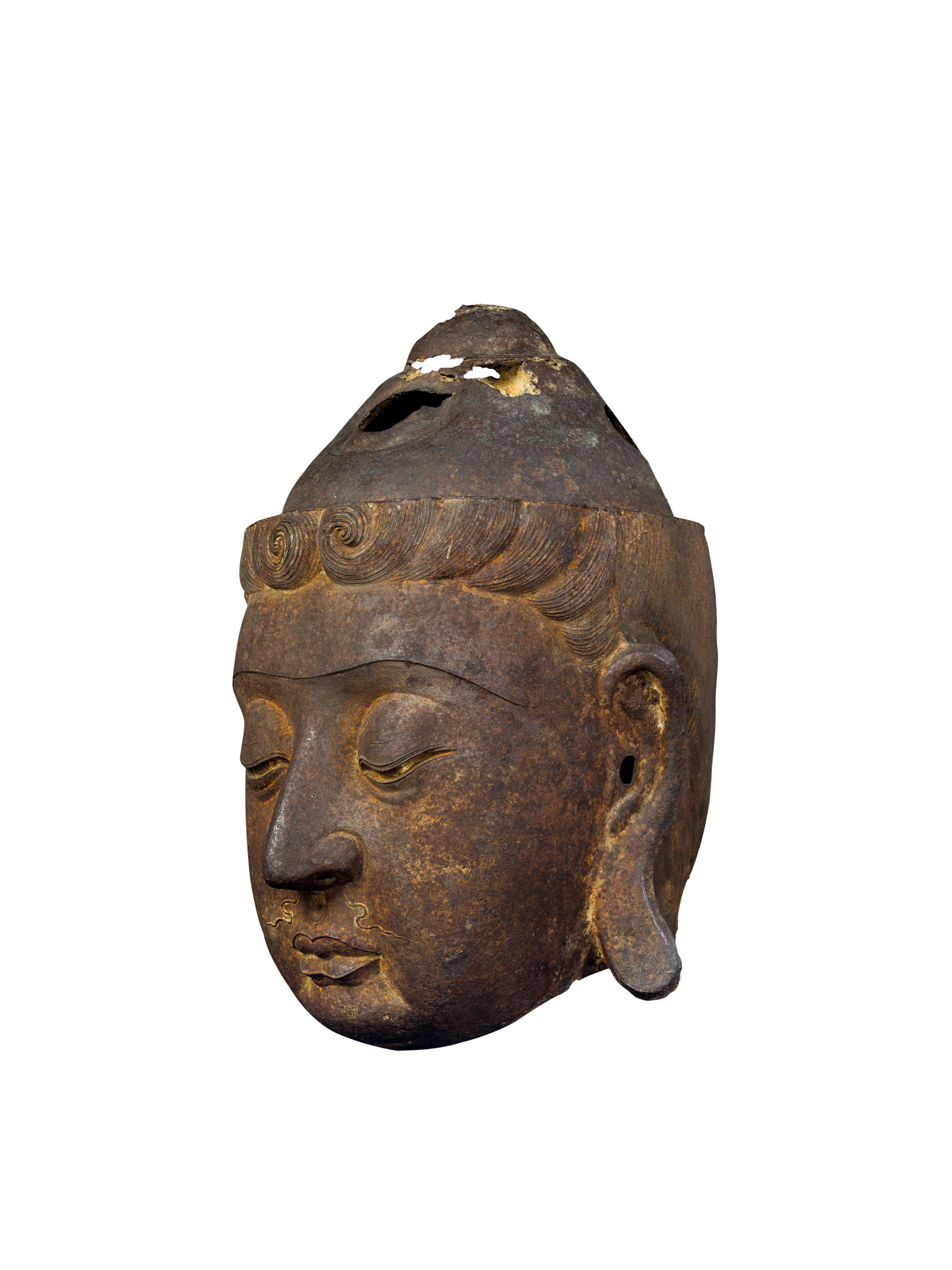 Buddhist statuary were largely carved from wood, cast from bronze or modelled from clay. Iron ones were relatively few and came in a later period. The iron statues were produced by segmented stack casting, joining several pieces of iron moulds. This Bodhisattva’s head is an example, where the mould marks above the ears are still clearly visible.

The crown on this Bodhisattva’s head is gone. The topknot is conical in shape and devoid of textural depiction. The hair below the missing crown is meticulously delineated. The two locks of hair in the form of butting scrolls at the centre front are characteristics of the hairstyle of bodhisattas of the Ming dynasty (1368-1644). The effect is very decorative.

The Bodhisattva has long earlobes pointing outward, an oval face, plump cheeks, a low flat forehead. The treatment of the facial features is particularly unique. Unlike the usual practice of using distinct incised lines to delineate the facial features, fine relief lines have been used to highlight them. The eyebrows are connected to form a single line uniquely represented by a fine ridge. The wavy slits of the downcast eyes are also accentuated with crested lines. The fleshy details below the lower eyelids are also meticulously depicted. The lips, moustache and philtrum are also traced with crested lines. The nose is high and with rounded tip and rather wide nostrils. Due to the low relief of the sculpted lines, the face contour and the transitions between the blocks appear gentle and smooth. The face muscles also look relaxed, giving the Bodhisattva a serene and contemplative countenance.