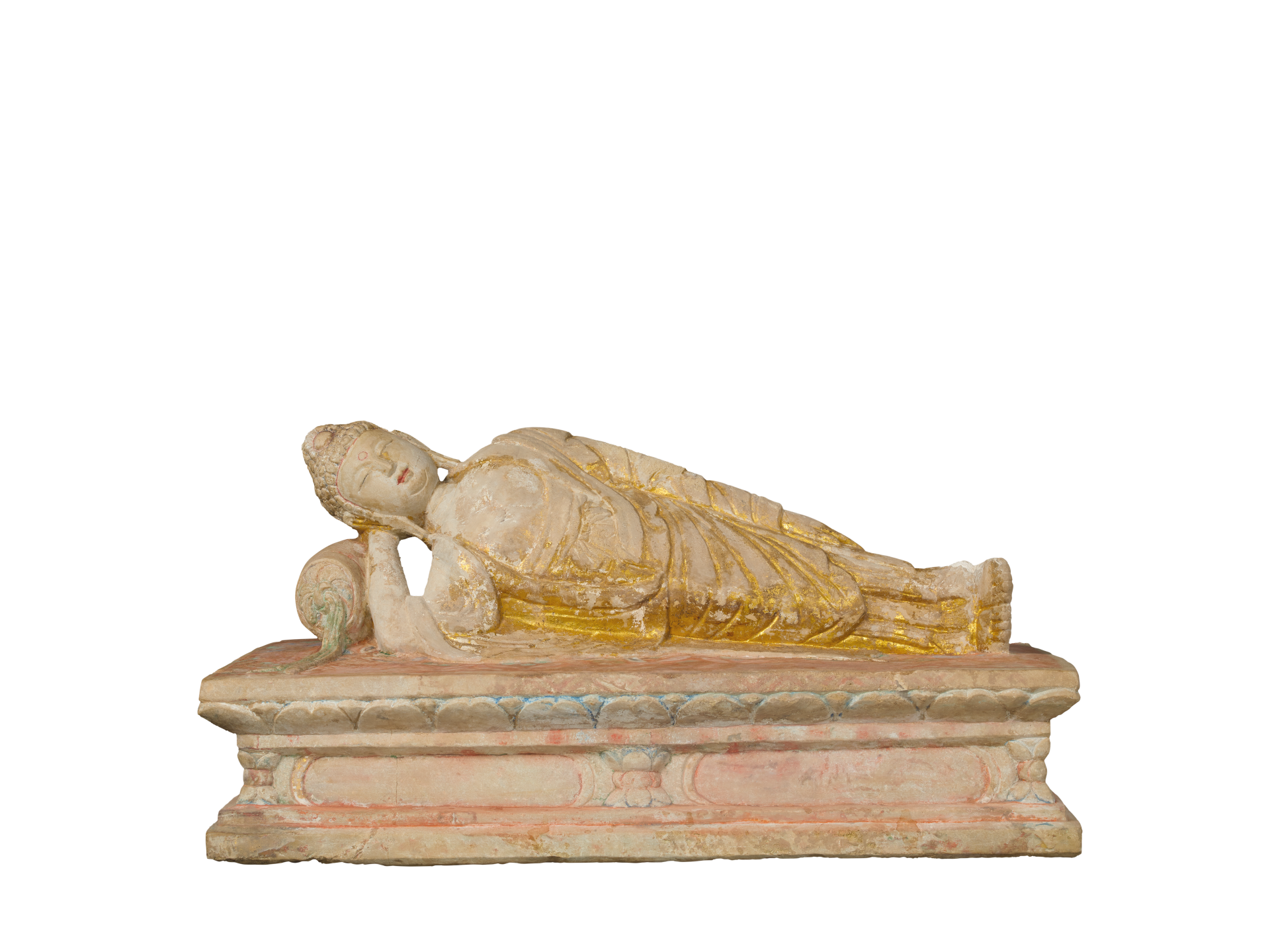 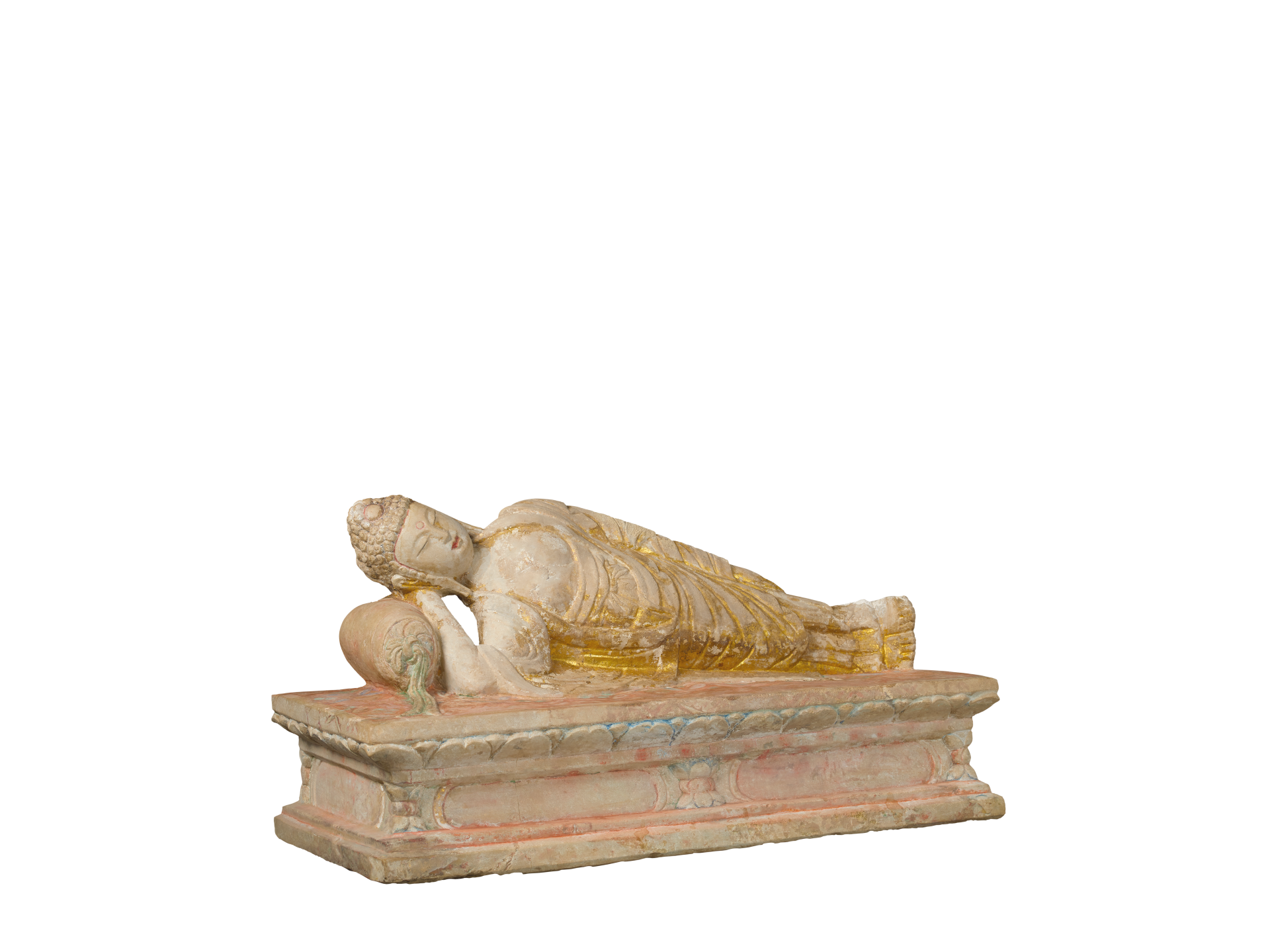 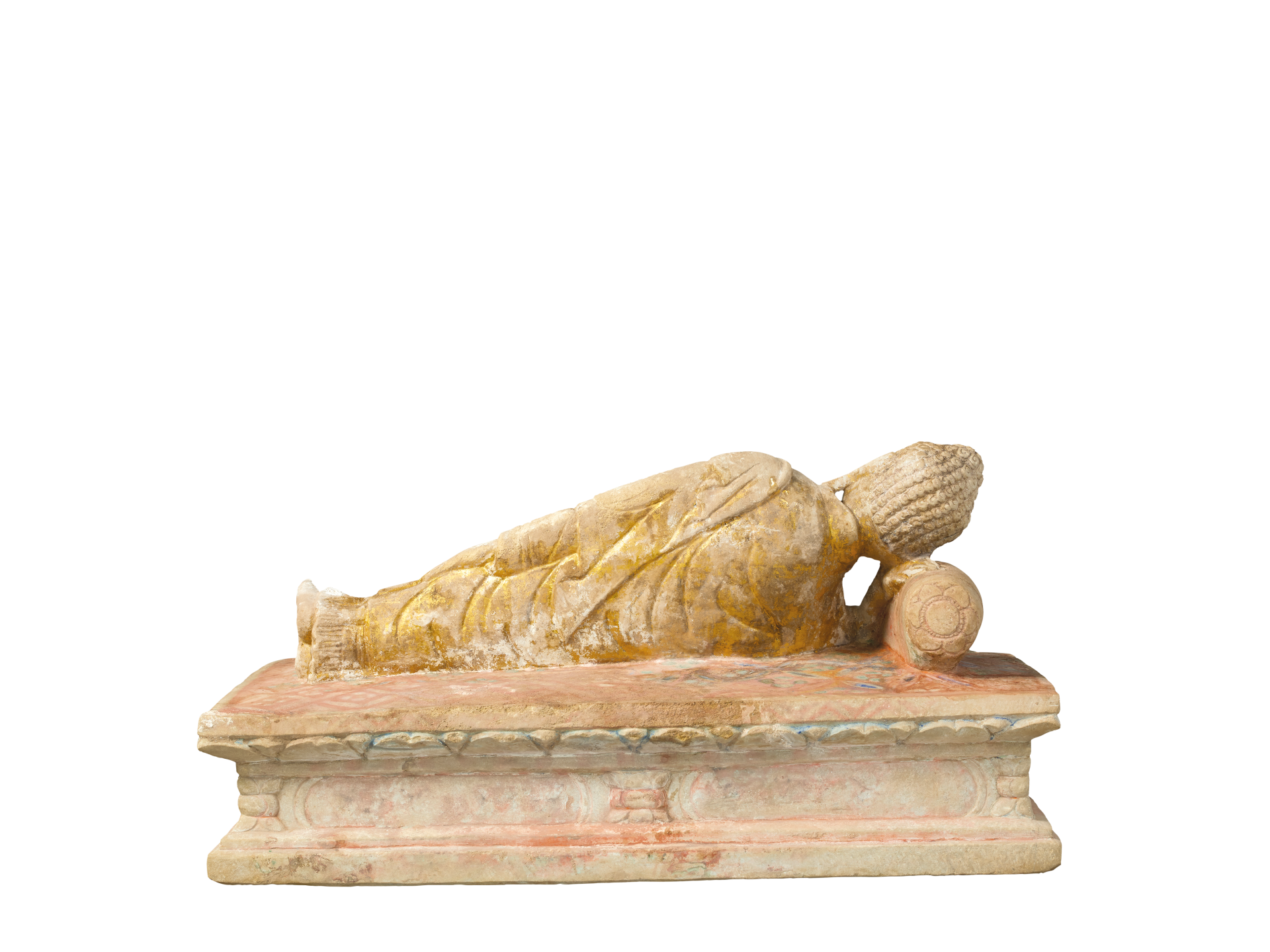 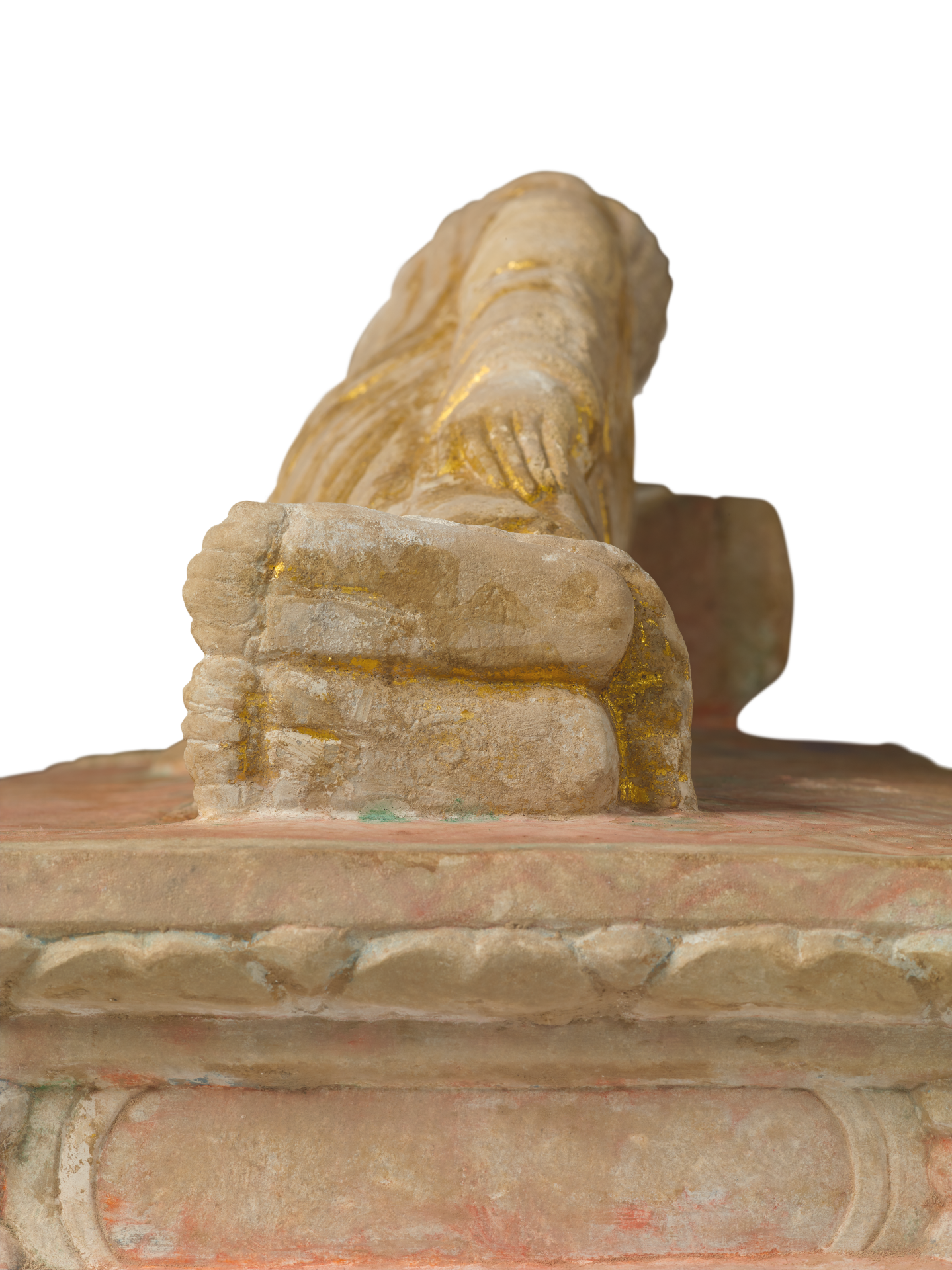 Nirvāṇa is a Sanskrit term meaning “blown out, extinguished”. It is commonly used in Buddhism to refer to the ultimate state of elimination of all defilements, liberation from repeated reincarnation (saṃsāra) and realisation of a peaceful realm. Śākyamuni’s birth and manifestation in the world was to edify and rescue suffering sentient beings. At the age of 80, the Buddha entered parinirvāṇa (nirvāṇa after death) under the twin sal tree in the city of Kuśinagara with his head pointing north, his right side down and his feet stacked.

In this parinirvāṇa image carved from white stone, the Buddha has an uṣṇīṣa set with a gem, tight snail-like curls, a round face with close-set features, an ūrṇā in the forehead, a fine straight nose, a cherry-shaped mouth with red lips, and a serene and peaceful countenance. He wears a kāṣāya with collars down both shoulders, over an undergarment (saṃkakṣikā), exposing a strong fleshy chest. He is lying on his right side, with his head resting on his right hand which is placed on a cylindrical pillow. This is the iconography indicating Buddha in parinirvāṇa. Each of his sole is engraved with a Dharma wheel. The statue has an impressive physique with a bulging chest and strong muscles. The portrayal is both realistic and naturalistic. Apart from the black eyes, the gem in the topknot, the ūrṇā and the red lips, the snail-like curls highlighted in indigo and black; the entire statue’s surface was once painted with gold pigment. The pedestal on which he lies on, is a rectangular waisted bed. The edges of the top and base slabs are lavishly carved with lotus petal motifs. The upper surface of the pedestal is painted in red, blue, green and brown with interlocking roundels and quatrefoil motifs. The waist of the pedestal is also decorated with colourful designs. The overall effect is luxurious and vibrant.

The face is delicately treated. The muscular nuance is mastered with great sensitivity, in particular imparting a sense of elasticity to the undulating skin surface. The drapery is fluidly delineated and rhythmically spaced. The folds on the back of the statue are also meticulously treated. The hem of the robe where it comes in contact with the bed surface, is fashioned as a series of swirling scallop – a treatment uniquely found on Liao statuary. This work is not only noted for its superb carving, but also for its well-preserved colours, vibrant palette and distinct motifs. It is an extremely rare legacy of the Liao dynasty (916-1125 CE).