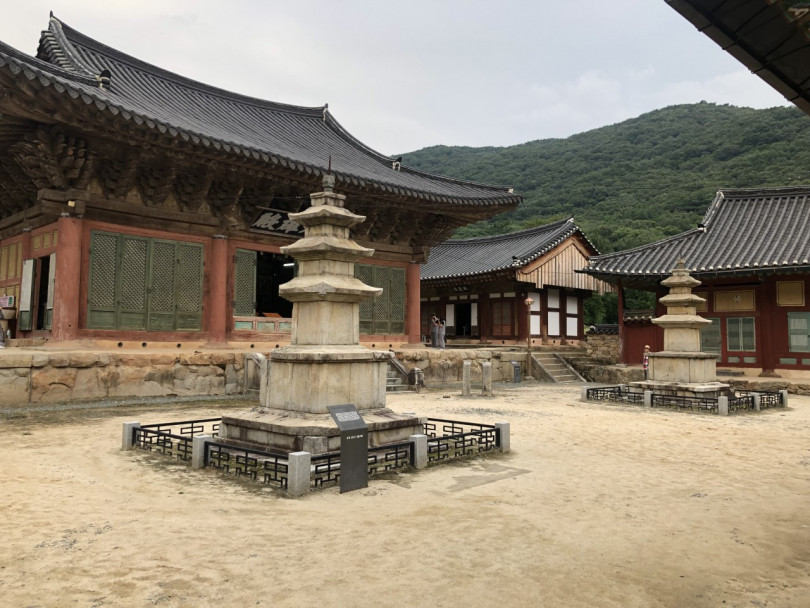 Since its introduction from China no later than the fourth century, Buddhism in Korea has developed into a unique tradition and cultural phenomenon. Hosting the life of monks as well as the various acts of devotion and learning, monasteries are the centerpiece to observe both ancient and modern forms of Korean Buddhism. As ancient urban sites all went into ruins and due to the relative waning of Buddhism in the recent past centuries, the best examples of monasteries are now found in remote mountainous places scattered across the Korean Peninsula. In due recognition of outstanding importance of these monastic sites, UNESCO has registered seven of them in particular as a World Heritage Sites in 2018. The talk introduces these seven "Mountain Monasteries" (or sansa 山寺), namely, Pongjŏngsa 鳳停寺, Pusŏksa 浮石寺, Pŏpchusa 法住寺, Magoksa 麻谷寺, T'ongdosa 通度寺, Taehŭngsa 大興寺, and Sŏnamsa 仙巖寺.

Minku Kim is an art historian specializing Buddhist art of China and Silk Routes. He is currently assistant professor of Fine Arts at CUHK, offering a wide array of courses on South, Southeast, and East Asian art and archaeology. Before coming to Hong Kong, he taught at the University of Minnesota, Twin Cities, and was an Andrew W. Mellon Scholar in the Humanities at Stanford University. A native of Seoul, he studied at Seoul National University (BA and MA) and at UCLA (PhD).